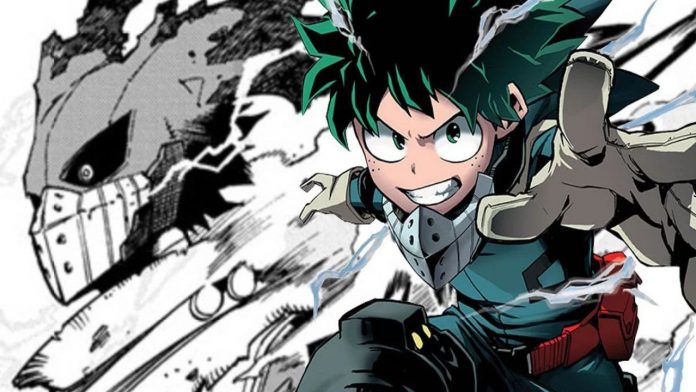 From being devoid of any uniqueness and considered almost “useless”, Izuku Midoriya slowly made his way into the world of heroes, becoming an active part of the world he once studied with so much admiration. Here is the new power he has mastered in the last few pages of My Hero Academia.

Since All Might passed the baton to him by giving him the One For All as an inheritance, Midoriya has traveled a complex road full of obstacles. Gradually, the young pupil of the Symbol of Peace learned a master the Quirk, by first limiting its enormous potential and then learning the unique abilities of its predecessors. And surprisingly, it seems to have mastered a new uniqueness.

Following the abandonment of Yuei High and the following time skip, Deku seems to have become even more powerful than shown against Shigaraki in the War Arc. During the battle with Muscular, who was on the loose in the city was sowing panic among the citizens, Midoriya shows off a new Quirk.

READ:  The Attack of the Giants 139: all the leaks waiting for the final chapter

After learning to use the Black Whip, the Floate the Danger Sense, skills acquired by the Fifth, Seventh and Fourth Possessors of the One For All respectively, Deku seems to have learned the Quirk of the sixth heir, namely En. Fighting Muscular, Izuku uses the Smoke Screen, a smoke screen with which he obscures the enemy’s view. By combining this Uniqueness with the previous three, Midoriya now seems to be the master of One For All, the one chosen to stop All For One and Shigaraki.

In addition, the young hero manages to confer freely with the vestiges present in his head. Speaking to them, Deku claims that he overdid the smoke bomb, and En admits that he is so charged with power that controlling all the Quirks together is quite complex.

As previously revealed, All Might was also a Quirkless, so he can’t have passed anything to One For All. But what Uniqueness hides the second and third owners? We discover the new strength of Deku and the fury of a villain in My Hero Academia 308. That’s when My Hero Academia 309 will be released, a chapter full of unknowns.

READ:  Metal Gear would already have a remake in development, according to one of the voice actors