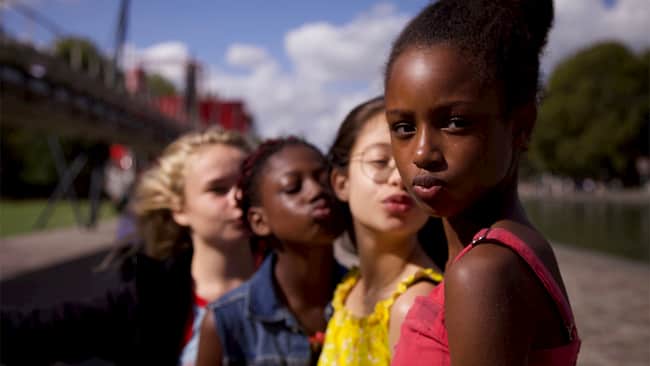 “Cuties”, which was originally titled as Mignonnes, is an upcoming French drama film. This coming of age teen drama movie happens to be the main attraction of all the critiques nowadays.  Maïmouna Doucouré is the director and writer of this French drama movie that is about a traditional Senegalese Muslim girl.

The overwhelming controversy that you all may surely know about is for the people to accuse the movie. One Change.org is a campaign in which so many people have signed a petition that accuses “Cuties” for indecency and sexualization. The campaign accuses the movie to promote child pornography. Over 180,000 signatures are demanding the removal of “Cuties” from the streaming service platform. While another campaign with 100,000 signatures claims that the film sexualizes 11 years of old teen girl for the viewing pleasure of pedophiles and negatively impacting children.

“Cuties” or you can call it “Mignonnes”, is a French teen comedy-drama film with Maïmouna Doucouré as the director and writer. The movie is all about a traditional Senegalese Muslim girl who happens to be struggling with traditional values. The girl, only 11 years old, has to choose between the traditional values of her family and her curiosity for dancing. Along with these two things, the girl also has the influence of the trending internet culture. The film first did premiere at the Sundance film festival 2020.

With Fathia Youssouf, Médina El Aidi-Azouni, and Maïmouna Gueye in lead roles, this film is quite dramatic. It will be possible for the viewers to watch this comedy and dramatic film in the US when it releases on September 9. Most people are against the movie claiming that the film promotes child pornography. It is slammed online by the critiques and several campaigns that are protesting against it.

READ:  My Hero Academia explains how Deku changed Muscular for the worse

Well, the streaming giant Netflix did issue a statement to apologize for the inappropriate artwork. The apology was for the improper description of the upcoming French movie, “Cutie” or “Mignonnes”. The drama film did experience a hike in popularity not only because of the campaigns protesting against it but also due to Netflix’s apology.

“We’re deeply sorry for the inappropriate artwork that we used for Mignonnes/Cuties. It was not OK, nor was it representative of this French film which won an award at Sundance. We’ve now updated the pictures and description,” Netflix tweeted on Thursday.