My Hero Academia 5 finally begins its real race: after the good first episode of My Hero Academia 5, a pleasant if slightly banal filler, the story now connects to the manga script, summing up the final episode of Season 4. The episode is available again on Crunchyroll, which therefore is a candidate as the main (and so far only) broadcaster of the highly anticipated Studio BONES anime. Let’s find out together if it’s worth watching.

Today’s is a transitional episode, but full of content. Transitory because the current narrative arc has yet to “explode”, taking us to the heart of the new exercise to be carried out for Deku and his friends. My Hero Academia 5×02, however, is satisfactory because it not only sums up the characters of Endeavor e Hawks, undisputed protagonists of the season finale of MHA 4, but provides some valuable clues about Izuku and the One for All. It begins with a flashback: Endavor, in his hospital bed, remembers the encounter with Dabi immediately after defeating the Nomu. A confrontation that, for now, is reduced to a verbal exchange before the villain disappears, leaving Todoroki with a great awareness: a war with the Super Villain Union is definitely upon us.

READ:  ONE PIECE 1009: Kaido and Big Mom showed the strongest attack ever?

Then there is the big reveal about Hawks, who turns out to be a secret ally of Dabi himself. The episode, shortly after, however, informs us of the truth: Hawks acts on behalf of the Japanese authorities and is in the course of a very delicate undercover mission: double-cross the Villain, posing as a traitorous Hero to join their ranks. 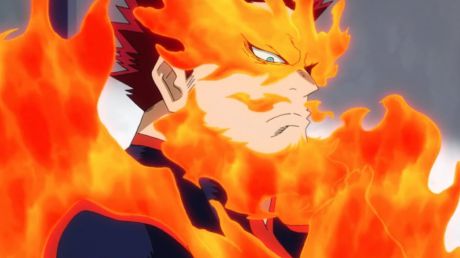 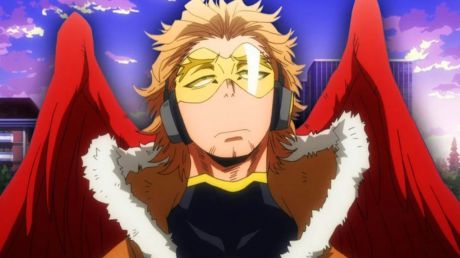 Unfortunately for him, however, it will take some time to win Dabi’s trust, and therefore to meet closely the leader of the supervillains: the fearsome Shigaraki Tomura. The first half of episode 2 also completes the discourse on the redemption of Endeavor, determined to become a good father as well as a great hero number one. However, if a battle to the death was enough to win the favor of a part of the public, with his children it is a completely different story: Enji, however, seems to have profoundly changed, convinced that he wants to remedy all his past mistakes. And, a bit like the Hawks storyline, it will only be time to tell him if he really deserves a second chance.

We return to the Yuei, more precisely from the parts of Midoriya. Exhausted from training, the protagonist falls asleep and falls into a strange dream. He finds himself in the presence of those who, as he later understands, are the seven previous bearers of the One for All, but the most sensational element only comes later. Assists to a scene from the past involving none other than All for One, when he still had a human form, with his younger brother. The deep ideological differences between the two led the Villain to imprison his little brother while he began his evil operation around the world.

Next we see the brother of All for One connecting directly with Deku, talking to him about the potential that his One for All could reach. But it is at the best that Izuku’s dream is interrupted, leaving him shaking, sweaty and scared on his bed, with more questions than answers, before the closing theme reminds us that the episode has come to an end. The second episode of My Hero Academia 5 therefore leaves us so, with 20 minutes mainly focused on dialogue and revelations (some also quite sensational) that dictate the tones of the next developments of the anime: the story will gradually become more and more dramatic, the atmospheres will be darker and the path of Deku on the road to becoming the greatest hero of all time will assume deeply mature shades. But, for the third time, we repeat it: only time will tell us what the future holds for the heroes of My Hero Academia.