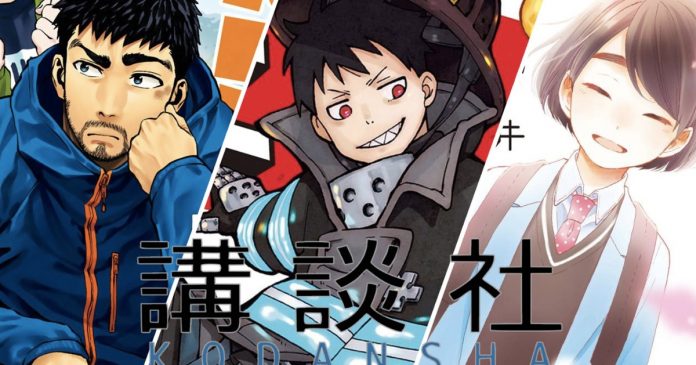 The Japanese publisher Kodansha announced Wednesday at 13 nominees in three categories for your 45th Annual Manga Awards. The publisher will announce the winner of each category on May 13. Following, The Truth News it shares the complete list by category:

Frieren: Beyond Journey’s End (Sōsō no Frieren) written by Kanehito Yamada and illustrated by Tsukasa Abe since April 2020. It is a fantasy series that has already won several awards such as this year’s Manga Taishō.

Fire Force (En’en no Shōbōtai) from the mangaka Atsushi Ōkubo. The creator of this 2015 series is known for the hit manga Soul Eater. Similarly, Fire Force had two anime seasons and in 2021 the confirmation of a third season is expected.

That Time I Got Reincarnated as a Slime (TenSura) of the mangaka Taiki Kawakami. The series inspired a successful anime adaptation that recently ended its second season on Crunchyroll. Fans can look forward to more episodes in the future.

READ:  When We Left Earth Netflix

Blue Rock from Muneyuki Kaneshiro and Yūsuke Nomura. Sports, action, and drama series that debuted in 2018. Being a soccer-focused play, an anime adaptation could boost an international audience.

Honey Lemon Soda mangaka Murata Mayu. It is a series of romance, stories of life and school-themed. It also features a Japanese live action adaptation that will premiere on July 9, 2021.

Defying Kurosaki-kun of the mangaka Makino. It began its publication in 2014 and has a television adaptation directed by Hayato Kawai in 2015. It later inspired a live action film titled The Black Devil and the White Prince.

A Condition Called Love from the author Megumi Morino in 2020. The creator is known for the art and history in the manga Ohayou, Ibarahime (Wake Up, Sleeping Beauty). This had 26 chapters in a total of 6 compilation volumes.

A Sign of Affection (Yubisaki to Renren) del mangaka Suu Morishita. It began its publication in 2019 and currently has 17 chapters divided into 3 volumes. The manga is still in publication and maintains a large audience inside and outside of Japan.

I Want to Hold Aono-kun so Badly I Could Die (Aono-kun ni Sawaritai kara Shinitai) de Umi China. Romance series published since December 2016. Summary: “Yuri-chan and her boyfriend Aono-kun had a perfectly normal relationship until one day Aono-kun suddenly” passed away. “

Sweat and Soap (Ase to Sekken) de Kintetsu Yamada. It first debuted as a one-shot in January 2018 and was serialized that same year in June. The series is in the top 15 romantic comedy manga to read in 2020.

Futari Solo Camp (Solo Camping With Just the Two of Us) de Yūdai Debata published since 2018 and with nine volumes published in 2021. Summary: The story centers on Gen Kinokura, a 34-year-old solo caravan fan and 20-year-old Rei Kusano, who becomes his camping partner.

Yuria’s Red String (Yuria-sensei no Akai Ito) de Kiwa Irie. Summary: The manga follows Irie, a 50-year-old ballet dancer who got into art through her sister long ago. Now she lives a simple but happy life teaching crafts and living with a writer husband.

In recent years, Kodansha also awarded an award for “Best Children’s Manga”, but as of 2015, the Japanese publisher has integrated the nominees for that category into the categories Best Shonen Manga and Best Shoujo Manga.

In 2020, Tokio Revengers from Ken Wakui won the award for Best Shonen Manga and in April 2021 he will debut his anime adaptation. Our Precious Conversations Robico won Best Shoujo Manga and The Blue Period Tsubasa Yamaguchi was Best Overall Manga.