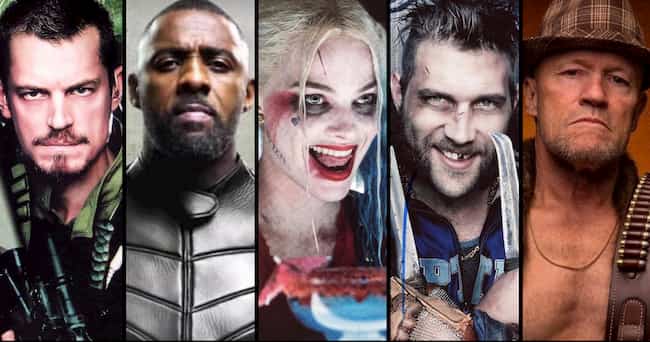 It seems like DC FanDome is trying to overcharge fans and followers by giving back to back surprises. First of all, DC FanDome did release the trailer of the new solo movie “The Batman”. And, now the full star cast and characters are out to fulfill the fan’s hopes and expectations. Yes, the list of each and every character or star cast of the upcoming part of “The Suicide Squad” is revealed.

Some time back, DC FanDome did try to blow the minds of viewers and fans by giving out the first look at Kristen Wig. But that was about Kristen to be fully transformed as Cheetah in Wonder Woman 1984.  Then they make us dive deep into the Sandman Universe as well as the Multiverse. Also, fans now know about the upcoming solo movie “The Flash” for which release dates are yet to confirm. It is so amazing to know that the full star cast announcement for James Gunn’s “The Suicide Squad” did happen. You can have a look at the amazing and talented star cast of the upcoming part of the franchise below.

Another talented star cast to join the crew back again in the upcoming part is Viola Davis. She will be back as the stern and duplicitous commander of Task Force X.

Rick Flag is the boots on the ground and he is the leader of Task Force X. Fans are really excited to watch Joel in action on the upcoming part of the series.

Jai is going to be one of the legitimate highlights while throwing the curved weapons which reflects his name.

Idris is a new addition to the crew and he is going to play as “Bloodsport”  which will replace Will Smith’s “Deadshot” of the previous movie.

To create peace in the world, John Cena will take charge as Peacemaker. Most fans are waiting to see him on screen.

Some of the other star cast out now are as follows:

The next part of “The Suicide Squad” movie franchise is surely going to be thrilling, exciting, and amazing. Most fans and followers are waiting for the release dates and updates on “The Suicide Squad 2” with bated breath. Just Stay Tuned For More Updates.