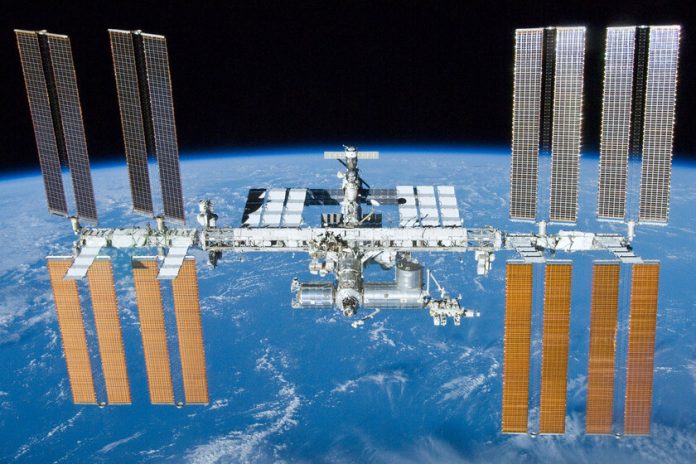 “Spacetime tells matter how to move, and matter tells spacetime how to bend.” This phrase by the American theoretical physicist John Archibald Wheeler perfectly condenses one of the fundamental ideas of the general theory of relativity that Albert Einstein formulated in 1915.

In fact, it manages to express intuitively the geometric essence gravity without resorting to complicated equations, which will not make an appearance in this article.

What Einstein is explaining to us through Wheeler’s phrase is that objects with mass have the ability to bend the space-time continuum, and, at the same time, this deformation determines the way in which matter moves through it.

Objects with mass have the ability to bend the space-time continuum, and this deformation determines the way in which matter moves through it.

This idea can be a bit complicated for anyone who is not familiar with it, but the image that you have a little below, although it is not completely accurate, illustrates it fairly good.

In it we can see that the Sun, which is a very massive object, bends space-time under it. And somehow we can also intuit how this deformation affects the earth, whose movement is subjected to the effect of our star on the space-time continuum.

This is, in short, the gravity. However, we also have another way of describing it available that for many people may be a little more intuitive. 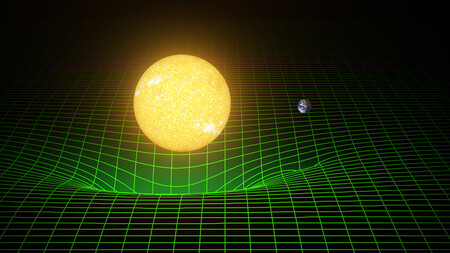 This recreation shows intuitively how the enormous mass of the Sun bends the space-time continuum, in such a way that this deformation has an effect on the movement of the less massive objects that orbit around it.

The classical conception of gravity, the Newtonian, is less rigorous than the idea we have just explored because it dispenses with its geometric essence and describes gravitation exclusively in terms of forces, but it also helps us to understand its effect.

Gravity is the fundamental interaction of nature that keeps us glued to the surface of the Earth, which, as we all know, is an object with a lot of mass, at least if we compare it with our own mass.

And, at the same time, it is also the force that maintains our planet in perpetual orbit around the Sun, which is an object even much more massive than Earth.

We are all used to the intensity of Earth’s gravity because human beings, like other living beings on our planet, are totally adapted to her.

The distance that separates the ISS from the Earth is not far enough so that it is not subjected to its gravitational field, which is only slightly less intense than on the Earth’s surface.

In an intuitive way we accept that the fact of being glued to the surface of the Earth, or, at least, very close to it, explains the force of attraction that keeps us united to this great mass.

However, that same intuition together with the photographs and videos that we have all seen on many occasions invites us to accept that in space in general, and on the International Space Station (ISS) in particular, apparently no gravity.

And this seems to justify that astronauts and other objects always appear floating as if gravity were not with them. As if there were not an iota of gravity when, in fact, there is. There is microgravity.

The key to everything is perpetual free fall

If we look back for a moment and remember what Newton tells us, the force of gravity decreases with distance. This could apparently explain why astronauts float on the ISS: they are far enough away from Earth that its gravity does not affect them. However, this is not the case at all.

The ISS orbits approximately 400 km on the earth’s surface, and its distance from the center of mass of our planet is far from sufficient to be immune to the gravitational field it generates. 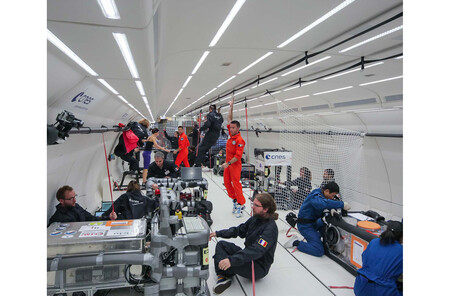 In this photograph we can see the interior of an Airbus A310 Zero G equipped to carry out scientific experiments. This aircraft manages to recreate microgravity during 22-s intervals by carrying out parabolic flights.

In fact, the gravity at the distance from the ISS is only slightly less intense than on the surface of the planet. So why do the astronauts as well as the other objects on the station float?

The most reasonable explanation, and the most accurate, is that there must be some other force capable of neutralize gravity. Or, at least, to make up for it to a great extent. And yes, this really is what happens.

The ISS orbits the Earth at a speed of 7.66 km / s, and both its facilities and everything in it, including astronauts, are exposed not only to the Earth’s gravitational field, but also to other objects. massive, such as the Moon, the Sun and the other planets that surround us, although their influence it is much less than that exercised by our planet.

The reason why the ISS does not appear to have gravity is that the speed at which it orbits the Earth is high enough to cause the appearance of a lateral force, as well as a centripetal acceleration, which, as we have predicted a few lines above, compensates for gravitational pull of the planet.

If the ISS were not moving, or were not moving at the necessary speed, it would have no choice but to fall towards the center of mass of the Earth, but the speed at which it is moving is sufficient to keep it in free fall. In fact, when one object orbits another, what it actually does is perpetually free fall because it never gets to rush on the latter.

This is what happens with the ISS in relation to Earth. And also with the Moon in relation to our planet. And, of course, with the Earth in relation to the Sun. All these objects are orbiting other more massive ones, and, therefore, are plunged into a perpetual free fall around them. As long as the speed at which they move is adequate, the lateral force to which they are subjected will neutralize or compensate for the gravitational pull of the massive object around which they orbit.

The ISS is the perfect place to conduct microgravity experiments

To recreate weightlessness it is not essential to go into space or spend a season on the ISS. We can do it on Earth, and in practice there are several ways to achieve microgravity. One of them requires using a free fall tower, which is nothing more than a raised structure that allows us to drop the object subject to experimentation to subject it to microgravity for a few seconds.

READ:  Piranhas on the App Store, wishes for the iMac ARM, scare or death for the AirTags ... The week of the Loop Infinito podcast

It is also possible to recreate it inside a capsule attached to a rocket, although probably the most attractive solution is to resort to a parabolic flight. This technique is carried out in aircraft prepared specifically for this process, such as the Airbus A310 Zero G that you can see in the photograph we published above, and it manages to recreate a microgravity environment for a period of about 22 s thanks to a rapid descent and controlled that simulates a free fall.

The problem with these strategies is that they only allow us to achieve weightlessness for short periods of time. And, in addition, the margin of intervention that they propose to us during the experiments is limited. This is precisely what the EEI solves due to the fact that in its facilities microgravity is constant. And, in addition, astronauts can carry out the experiments without time being a limiting factor.

Some of the disciplines that are benefiting from experimentation in microgravity are biology, materials engineering, physics or medicine.

So far several hundred experiments of all kinds have been carried out inside it; In fact, the EEI first of all acts as a laboratory for scientific experimentation. Some of the disciplines that are benefiting from experimentation in microgravity are biology, materials engineering, physics or medicine.

This environment is ideal for studying the impact that weightlessness has on the behavior of fluids or on the most exotic alloys, among many other options. But above all, it is very valuable to analyze the processes that govern the aging of the human being on Earth because, among other effects, microgravity accelerates the loss of bone mass and muscle tissue.

The ISS is not only a base of the human being beyond the limits of our planet. It is also an observatory, and, as we have just seen, a laboratory that allows us to carry out scientific experiments that are not easy to run in the microgravity environment that we can achieve on Earth. Its usefulness is indisputable, and it extends to one more area that we cannot ignore: it is also a meeting space in which nationalities and cultural differences lose their relevance.