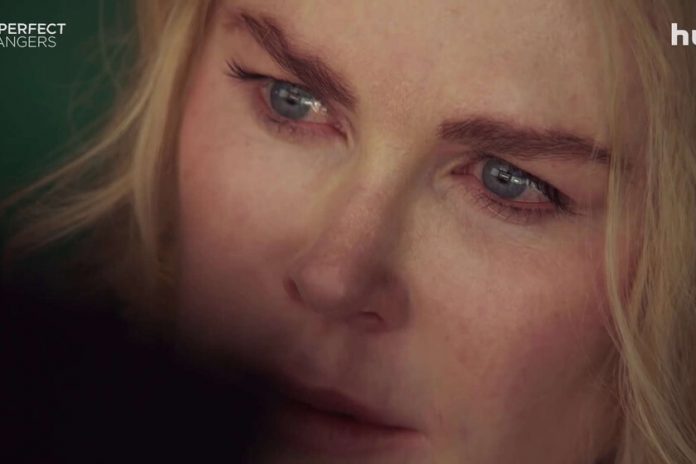 Oscar night 2021 was not just about past movies but about some of the upcoming releases. After watching the first preview of Steven Spielberg’s ‘West Side Story’, Hulu unveiled teaser trailer for ‘Nine Perfect Strangers’, the new series starring (and produced) by Nicole Kidman.

In just over half a minute we are fully introduced to the plot, which takes place during a ten-day retreat in one of those “healing” institutions that, aesthetically, borders on the sectarian. There nine strangers will come under the control of the director, Masha (Kidman), without being aware of what is hitting them.

Attention because here we have the search for the winning combo that took ‘Big Little Lies’ to the top. The miniseries is based on ‘Nine Perfect Strangers’, a novel by Liane Moriarty (author of ‘Big Little Lies’) and which adapts David E. Kelley. This time Kelley (who has been unstoppable for a few years) has John Henry Butterworth as coshowrunner and Samantha Strauss completing the script team.

The series premiere date has not yet been revealed., but it is hoped that we can see it during this next year. Being from Hulu, it is to be expected that we will see it on Disney + in these parts, but at the moment there is no home in Spain.