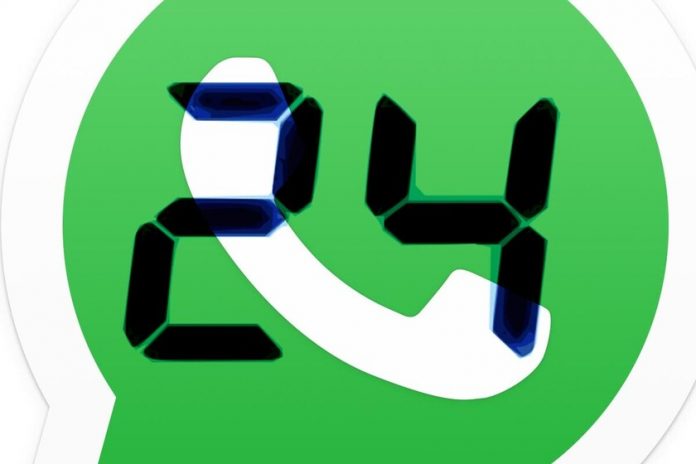 Last year WhatsApp finally introduced disappearing messages or, as they are called in the application: temporary messages. The option was a bit disappointing for those looking for ephemeral conversations such as Snapchat or secret chats from other applications, because the period in which the messages disappeared was one week.

Apparently more ephemeral features are on the way. On the one hand, the application has been working on photos that can only be viewed once. On the other hand, it will let you choose what messages disappear the next day when activating temporary messages.

The first time we learned that WhatsApp was working on disappearing messages – and that we were able to test when it was not yet activated – I had many more options than the feature that ended up being activated to users in November of last year.

Initially, WhatsApp considered giving the option to automatically delete messages an hour, a day, a week, a month or a year later. Ultimately, it came to users with a single switch and a single setting: messages that disappear automatically a week. Given this lack of options, when we learned that WhatsApp was now working on messages that disappear after 24 hours, it would be normal to think that it would replace the previous option. It seems that it will not be so.

As WaBetaInfo has learned, WhatsApp is testing again let you choose the period in which you want the messages to be deleted. There are not as many options as in the past, if two are shown at the moment: after a week or after a day. The latter is new. 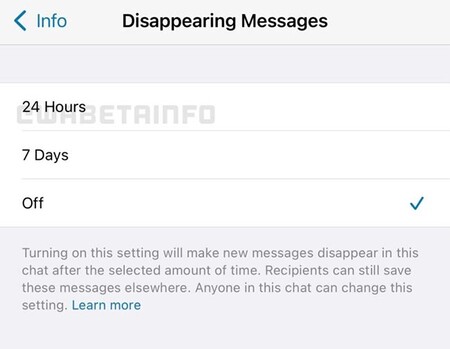 Otherwise, the function will behave the same as always: it’s optional and any participant in the chat can change the settings. After the set time passes, the messages are automatically deleted, although otherwise there is no extra protection such as protection against screenshots, so nothing prevents the other person from saving the chats before they disappear.

Like the rest of the WhatsApp functions that are discovered before its launch, everything could change before the function reaches users, if it ever does. We will probably know more about it in the coming weeks.