WhatsApp users have run into a software vulnerability and likely to be affected.

Its high time to update your WhatsApp version immediately – if the update is available for their device.

Let us explain how it can affect you and what should you be doing to be safeguarded.

It was reported that there exists a security flaw in the voice calling functionality of WhatsApp and software known as Pegasus.

And this flaw results in giving it a chance to make use of this vulnerability to turn on the camera and microphones of the affected users thereby even collect the location data. 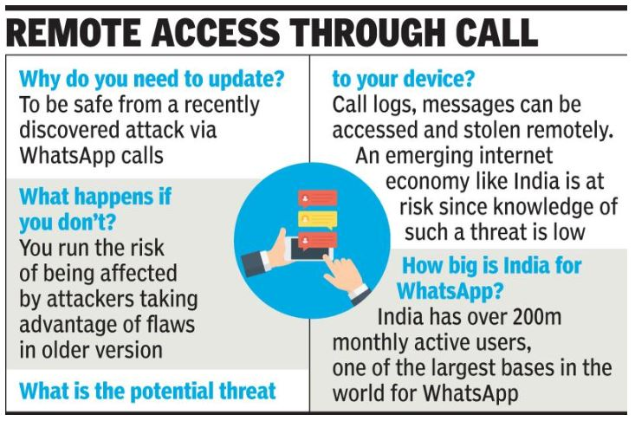 The software can even target your emails and messages as well. The software would work something on these lines –

Have you been Affected?

If you have not received any WhatsApp voice or video call on your phone, you may not have yet been affected.

However, there isn’t a certainty to ascertain this. WhatsApp has already is acting out to fix for the issue.

The company is still analyzing the issues and effects of this software attack. There is no clarity currently available on the number of users who may have been affected.

WhatsApp has acknowledged the “targeted surveillance attack” and has been investigating the case and finding out information about the affected users.

For the time being, Whatsapp users have been asked to update the app as soon as possible. Whatsapp has stated,

They have also been working with the human rights organizations and has been working overtime to close the vulnerability within the app and server levels as well.

A patch has been released quickly and urged the users to update their apps in no time.

If you haven’t yet updated your app version, make sure you make it happen sooner as possible.