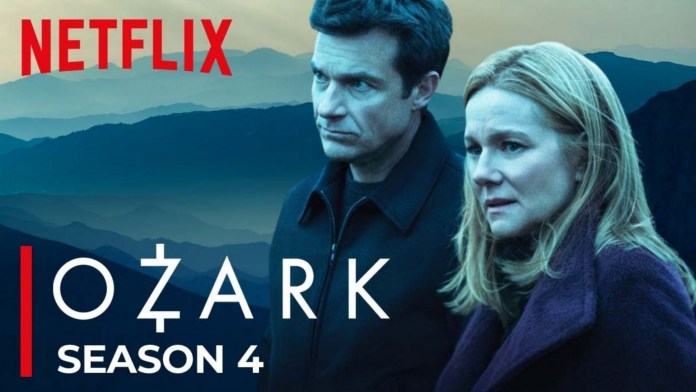 Is Ozark Season 4 The Conclusion Of The Show?

With Ozark season 4 released all across the globe on 21st January, the first part has brought us near to the end of the Ozark era. Season 4 has been split into two parts.

The first part premiered with seven episodes last Friday. The second and final part is expected to release later this year. However, if you’re still wondering if season 5 is possible, then read on.

Jason Bateman appeared on The Tonight Show With Jimmy Fallon last weekend. He had a few things to mention.

Jason confirmed that Ozark would conclude the final season in two parts. Accordingly, the fourth season comprises fourteen episodes instead of 10.

Also, in comparison to the previous seasons, season five will have shorter episodes. However, it really depends on how you might approach both parts. The second part could be considered as season 5. However, even from the team, there is no plan for a season five.

The fifth season of Ozark will probably not happen because season 4 is the prominent ending. Moreover, It is not mainly because Netflix will not renew Ozark season 5, it is the team that has concluded the story.

However, the second part of season 5 might not be here until the end of summer. Why? Because Netflix would probably want Ozark to be eligible for awards even in the upcoming new year, 2023.

Some shows have used this tactic, and it has definitely worked. Hence, expecting the second part soon enough is entirely redundant.

Netflix, for a matter of fact, deals with canceling many shows, which could be due to several reasons. However, there is no valid reason for Ozark to end, given that it has been a successful show for the streaming giant.

Hence, Ozark is ending because of a logical end to the story. There is no other plot to enter, nor is there any spin-off story that could continue. So, the chances of Ozark season 5 are very thin.

Season 4 of Ozark revolves around the Byrdes trying to figure out a way out of e sneaky cartel’s business. However, the path to achieving the end goal has a lot of obstacles. Hence, there is a chance that part 1 will also end in a cliff-hanger.

In all honesty, it is better than a show like Ozark isn’t being stretched too far. Ozark has been one of the best crime thrillers on Netflix, and there would be no point in making the story lengthy.

Moreover, Ozark has been going on for five years, which is already long enough for this type of genre. Hence, expecting Ozark season 5 would be a buzz kill on its own. However, in the world of Ozark, there are endless possibilities. So, we have to watch out for updates.