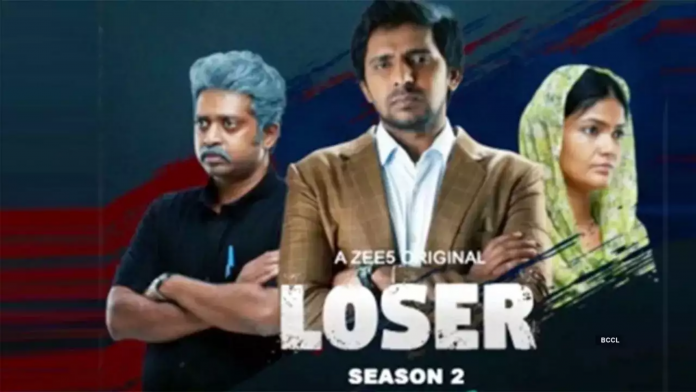 Loser Season 2 Review: Is It Better Than Season 1?

Loser season 2 was released on 21st January 2022, and there are some things we might like to discuss. In all honesty, season 1 definitely had one of a kind of scattered plot, and overall the show couldn’t live up to its potential.

However, viewers such as ourselves were eager to know if show creator Abhilash Reddy Kankara’s team had anything different to serve this time with Loser season 2. Hence let’s get right into the review.

The drama revolves around stories of different people in different circumstances with a common goal of fulfilling dreams.

After a big win at the National Air-Rifle shooting championship, Suri Yadav is working a respectable job position as a government clerk. However, the workplace is a disaster, to say the least.

He is not alone though. An ad filmmaker, Maya gives Suri the support he needs. Then there is Wilson who comes across the fact that his son John aspires to be a cricketer. The same dream Wilson backed away from, as he had failed as a cricketer.

John, however, is quite determined despite all the obstacles and his father’s past. In the same scenario, we have an aspiring badminton player, Ruby whose marital relationship is failing day by day.

The second season of Loser was probably renewed to bring back a better version of the show. As we see, the first season was a ruckus. Loser season 2 was definitely an improvised prequel, given that the show plots were pretty focussed and had a simple narrative.

However, we wouldn’t call it an outstanding show based on sports drama, and there are a few reasons to justify that.

Loser season 2 portrays the lives of sports underdogs, who are chasing the same dreams of recognition. The storyline is of three different people struggling in the not-so-promising world of sports. We have Suri, who is facing politics in the workplace, which ultimately keeps him away from his goals.

Ruby, on the other side, is struggling to tell her father about her possibly-failed marriage. Other than that, Ruby also wants to assure the world that she will not give up on badminton despite her struggles. Wilson on the other hand can’t seem to let go of his past as a failed cricketer.

READ:  'The innocent': Netflix launches the new trailer for the promising thriller that reunites Mario Casas with the director of 'Contratiempo'

The backstories look interesting but if you have watched the show, you’ll know that the only story that seems unique is Suri’s.

Ruby’s storyline surely does have an impact, but it revolves around the same topics of an abusive marriage and every other typical case of a failed marriage. There’s no authenticity in the plot.

As for Wilson and his son, the plot is messed up. The writers have tried too hard on connecting the events rather than giving the story a normal flow. What do John’s failed attempts have anything to do with Wilson’s failed career?

If we sum up our thoughts, Loser season 2 is a plain drama, with a bland outlook. The show definitely needs to give more context to the emotions they are trying to portray. However, if you still want to give it a try, Loser season 2 is available on the Zee5 app.