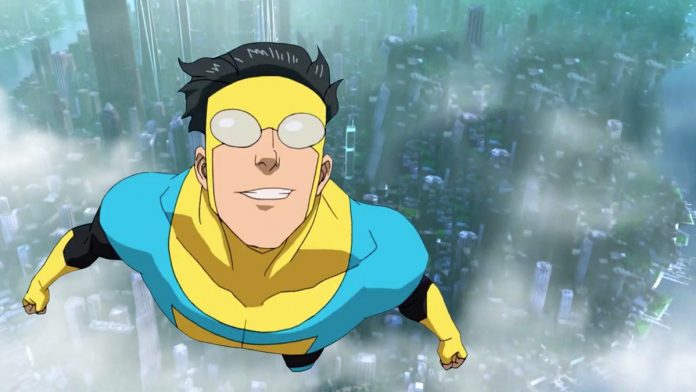 Animation for adults is experiencing a sweet moment in terms of production. The release of audience ties, together with the transmedia bridges laid by natural genres of other media (such as superheroes), have led to a situation in which these types of products seem to have a greater facility to get ahead. This, in addition, brings us as a general public closer to the true nature of animation, that of its definition as a form and not as a genre, something that comes to mean that in animation, as in real image, everything can be done. It has a multitude of genres that can target very different audiences. This is not new, in fact adult animation has been with us for decades, what does seem new is its accessibility and its current popularity. The services of streaming have given rise to another way of understanding and dealing with audiovisual production, now the product can allow itself to abandon the generalist perspective and, therefore, be more authentic. This context, together with the current popular acceptance of the superhero world, its topics and its narrative tropes, are the perfect breeding ground for the series that we are going to talk about today to exist: Invincible.

But what does this production offer us, with the appearance of a Marvel or DC animation series? Invincible places us in a world in which superpowers are completely normalized. In it, we chronicles the journey into adulthood of Mark Greyson, a teenage son of the most powerful superhero on the planet, who has just received his powers and is forced to mature quickly as he learns to take advantage of them. The starting point is so common that it may not attract much attention. The first difference? His approach, as his own creator comments in an interview for the IndieWire portal:

“Invincible is a true story of superheroes with a beginning and ending … It is not about Spiderman or Batman, whose history does not change and they keep the narrative alive to be able to continue telling things throughout decades”

Robert Kirkman, that as the creator of the comics of The Waliking Dead He has also been involved in his television production, he alludes with these words to another of the components that make special to Invincible. And this is none other than the absence of fear of change. His series moves away from the clichés of reboot and false death as accepted norms in the genre, something that allows you to play with the feeling of real danger for your characters, endow your situations with greater tension and enhance all this through one of its most striking characteristics, ultraviolence of which it boasts.

The series takes less than an hour to hit the table first in this sense, and it does so with a scene that has little to do with the one that stars in the first minutes of the pilot episode, more typical of children’s or youth animation. From that moment on, the viewer is clear that the tone of what is ahead is going to be somewhat peculiar. It is a visceral violence, close to what is seen in products such as The Boys, but It has a purpose beyond the morbid linked to the explicit, and it is explained by Robert Kirkman himself in an interview for Toonado:

“I think most superhero stories don’t portray violence as realistic. It can be exciting, energetic and entertaining, but it doesn’t quite reach the level of brutality that exists in real-world violence. In Invincible, we’re trying to show the weight of this world and the drama that comes from two super powerful beings who go out of their way to try to hurt each other. There is a lot of collateral damage that comes from that. And there is a lot of drama that comes from that collateral damage. Invincible is a world in which, when a building collapses in a city, that building is full of people and all those people die and people cry for those people…. is something we do not shy away from. It’s something that I think makes us unique and helps us differentiate ourselves from our film and television counterparts … “

In the audiovisual field, approaches have already been made to the deconstruction of the superhero (and its demystification) through the adaptation of classic works such as Zack Snyder’s Watchmen or the HBO series, and with more recent products such as the aforementioned The Boys. Nevertheless, the plasticity of the animation and the distance it generates with the viewer, allow Invincible to burst heads and tear off limbs with greater cadence than usual. Something that, in addition, he does through spectacular, resounding and well-directed scenes in terms of the development of the action. When it comes to smacking, the series is also up to the task.

READ:  Dark Season 3 Everything you need to know

In front of it we find, as we have already commented, Mark Greyson. Is about a 17-year-old boy who would be normal if it weren’t for his father, who is nothing more and nothing less than Omni-Man, a kind of omnipotent Superman that is far above the rest of superhero figures. Good old Mark, knowing that sooner or later his father’s powers will awaken in him, He has to deal with the responsibility that this entails, but also with the expectations that his father has placed on him. This starting point serves to draw a lost protagonist, who like every teenager, must begin to position himself to mark the path that he wishes to travel as an adult. The series uses his figure and that of other characters to face social issues that have always had a presence in comic strips, but has the unusual virtue of knowing how to deal with complex issues in a simple way, positioning his characters without shame, directly and without flagging it, naturally.

From there, his position as the son of Omni-Man allows him to bring the viewer closer to the bureaucracy attached to this peculiar world of superheroes. Government organizations, individual interests, different groups of heroes and the always haunting look of Omni-Man are elements that Kirkman and his team know how to use to generate mystery and spin a plot that, for now, they know how to keep the viewer attentive. while maintaining the balance between intrigue, humor and action.

There are four episodes and he already points out ways

The series, which has just started on Amazon Prime, currently only has the first fourth chapters, but the project already points to ways. The team led by Kirkman has successfully transferred the essence of a very particular comic to television. Its format, with animated episodes close to one hour in duration, is an interesting exercise that vindicates this type of production and brings to the table the idea that you can bet heavily on animation for adults.

The result is an intelligent series that plays with the nostalgia conveyed by the straight and simple lines of its drawings to get closer to the public that consumed this type of television fiction in their childhood. But through that door an adult universe, raw and ruthless, sneaks into us, which uses the familiarity that the general public has acquired with superhero plots to play with their expectations and surprise. Invincible it is presented as a traditional story and little by little it reveals itself as something very different, more complex and dramatic. A series that can mislead during the first half hour, but little by little it knows how to take the viewer to its land to finish offering a dish that no other restaurant serves right now.

Undoubtedly, these first four episodes have achieved the impact that had been predicted by the specialized media. Now it remains to be seen how the show, but based on Kirkman’s statements of respect for the original material, and the recent confirmation of a second season in development, the future looks very promising for Invincible. If you like the layers and you have not yet approached this product, Give it a chance, it sure will surprise you at least, and that is saying a lot to this day.