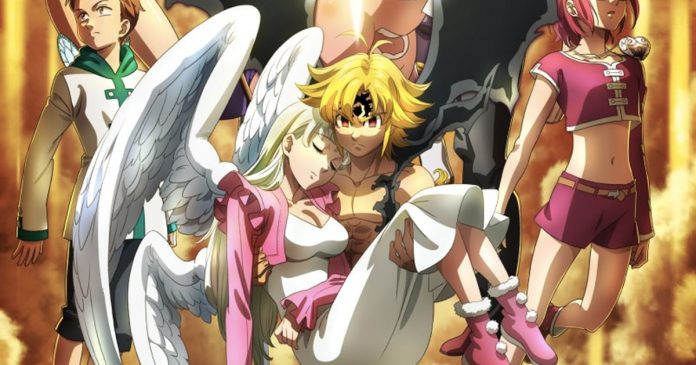 Episode 14 of season 5 of Nanatsu no Taizai, entitled “Farewell, Seven Deadly Sins,” premiered on April 14, 2021 on TV Tokyo and BS TV Tokyo. Studio DEEN, the current producer of the anime, worked together on the fifth season with Korean animation studio Marvy Jack.

Susumu Nishizawa directed the episodes of anime, with Rintarō Ikeda as main screenwriter. Hiroyuki Sawano, Kohta Yamamoto, and Takafumi Wada provided the music. The first 12 episodes have “Light That” by Akihito Okano as the opening theme and “Time” by SawanoHiroyuki. [nZk]: ReoNa.

The rest of the episodes have “Eien no Aria” by Sora Amamiya as the opening theme and “NAMELY” by UVERworld as the ending theme. Then, The Truth News shares everything you need to know about the new episode of Nanatsu no Taizai: Fundo no Shinpan.

What happened in Nanatsu no Taizai 5 episode 14?

En el episodio 14 de Seven Deadly Sins: Dragon’s Judgement Meliodas reveals to the Sins that he must return to the Demon Realm.. Elizabeth decides to accompany him and before saying goodbye they all spend a holiday and memories of their time together.

READ:  Trailer for 'In Search of Sheela': Netflix returns to the world of 'Wild Wild Country' with a documentary about its most controversial character

Ban spends time with Elaine while King and Diane discuss the future of Meliodas and Elizabeth. However, at the end of the episode, Elizabeth steps forward to the door of the underworld and appears to be crushed by a giant rock. Does this mean that his curse has been restored by the Demon King?

Nanatsu no Taizai fans will soon discover the whereabouts of Zeldris and the Demon King. On the other hand, readers of the manga created by Nakaba Suzuki will have noticed a lot of spoilers in the new ending of the anime and all point to the future of the main characters. Episode 15 is titled “The Fated Brothers.”