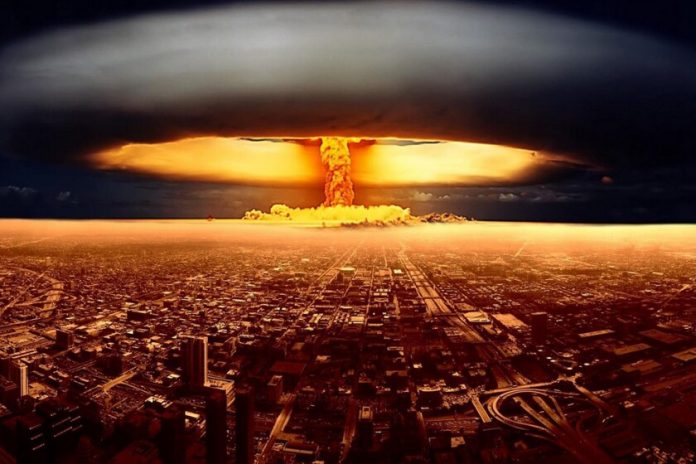 Today there are ten countries that have tested nuclear weapons, and five of them are considered “nuclear armed states”. Fear of potential nuclear attack with an atomic bomb it still exists, and the consequences it could have are certainly devastating.

Even with its enormous destructive potential, it is possible to save yourself from the explosion of an atomic bomb. If we have not died after the initial explosion, what we do in the first minutes and hours can determine our survival.

What would an atomic bomb explosion look like in Washington DC

This is what, for example, Jason Lefkowitz explained years ago when making a study of this hypothetical situation. This developer and writer referred to a 2011 study by the Department of Homeland Security that warned of the effects of a singular nuclear incident: the detonation of a 10 kiloton bomb in the center of Washington DC 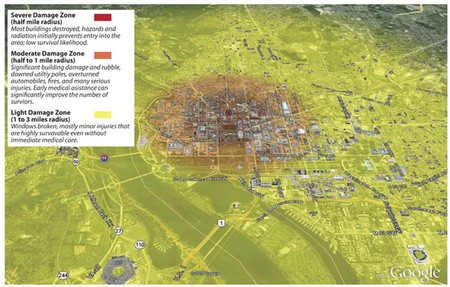 This map shows the theoretical destruction caused by a 10 kiloton atomic bomb in the city of Washington DC The greatest consequences would occur within a radius of approximately 800 meters from the detonation.

The effects would be devastating, of course, but maybe not as much as we might think. Randy Larsen, a retired colonel in the US Air Force and creator of the Institute for National Security, made it clear: “It is not the end of the world, and it is not a Cold War-type scenario.”

That study predicted tragic figures of 45,000 dead and 323,000 wounded, but also revealed that the most severe range would be taken by an area around the detonation with a radius of about 800 meters (half a mile). Although the personal and material damages would be enormous, only that central area of ​​the explosion would be really affected.

READ:  How to compress videos to send them by WhatsApp or Discord

Obviously that simulation would vary according to the power of the pump, and for example the one in Hiroshima produced 16 kilotons (21 in the case of Nagasaki) while the largest atomic bomb ever tested, the “Tsar Bomb” which was developed by the Soviet Union and tested in 1961, had a power of 50 megatons.

The flash caused by a 10 kiloton explosion like the one in the US report simulation would be visible for hundreds of kilometers, and would be so powerful that could blind people even from almost 20 km away. The problem would not be only that of the detonation, but everything that would come afterwards. And if someone survives that original explosion, there are tips to keep them going after the chaos.

After the detonation of an atomic bomb the dreaded radioactive fallout would occur that could expose the closest victims to the explosion to radiation of between 300 and 800 Roentgens in the first two hours, which would kill practically all the exposed people. 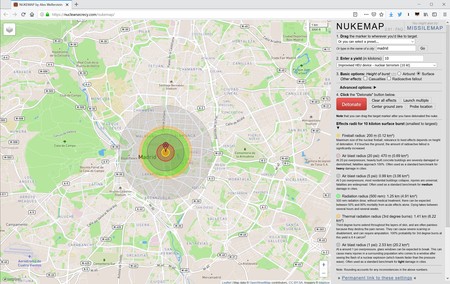 The same 10 kiloton bomb detonated in the center of Madrid would also cause devastating effects in the city center according to this estimate, but its range would not be as enormous as might be thought. Source: Nukemap

Precisely the explosion and that radioactive fallout would make our impulses betray us. If someone sees or hears the explosion the last thing they would have to do is go to a window for example and look directly. Doing so could end pierced by thousands of tiny crystals that would propagate at high speed after the huge shock wave generated by the explosion.

The other impulse that victims should overcome is to run away with the intention of escape to the explosion and its effects. That’s the last thing we should do, because radioactive fallout is especially powerful in those first few minutes. 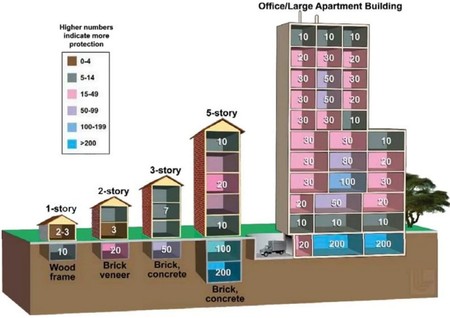 In fact what we should do is seek refuge to be as less exposed as we can to that radioactive fallout. No cars, no areas of a building or the street near windows or that allow radioactive ash to reach us: it is best to get in when we can. interior rooms to try to make the walls act as barriers against that radiation, and if we can, accessing underground areas where the earth also serves as a powerful insulator is an even greater guarantee of avoiding exposure.

How long do you have to be sheltered? Radiation intensity decreases rapidly over time. In 1987 a book by Cresson Kearny – available for free in PDF format – on how to survive a nuclear war allowed him to define what is known as his rule seven-ten which shows how the intensity of radiation decreases as time passes. It does, yes, very slowly, as shown by those bombs that were dropped on Bikini Atoll. 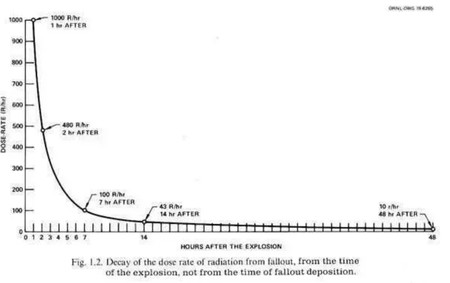 As explained in Stack Exchange, “if the rate one hour after the explosion is 1000 Roentgens / hour it would take approximately 2 weeks for the rate to drop to 1 R / h as an effect of radioactive decay. The effects of the weather could further reduce that rate“.

In an explosion like the one we mentioned, the radiation would be cut in half in just one hour. in one day it would be 20% or less and after two weeks it would have been reduced to approximately 1% of the original radiation.

It is advisable get rid of clothing (at least the most superficial) or objects that we had next to us during the explosion. If there is water, washing thoroughly with it and plenty of soap and shampoo (no conditioner, it makes radioactive particles stick to the hair) is also a good idea. And by the way: no scratching your skin, something that could increase the risk of exposure.

Blowing your nose, cleaning your eyes, nose and facial hair (including eyelashes and eyebrows) is also important. Stock up on water – better bottled, boiling it is useless– and food is equally recommended for those first hours or days of confinement until the worst passes.

The best, of course, is that all this never becomes necessary, but if it is, these practical tips they could be crucial to survival.