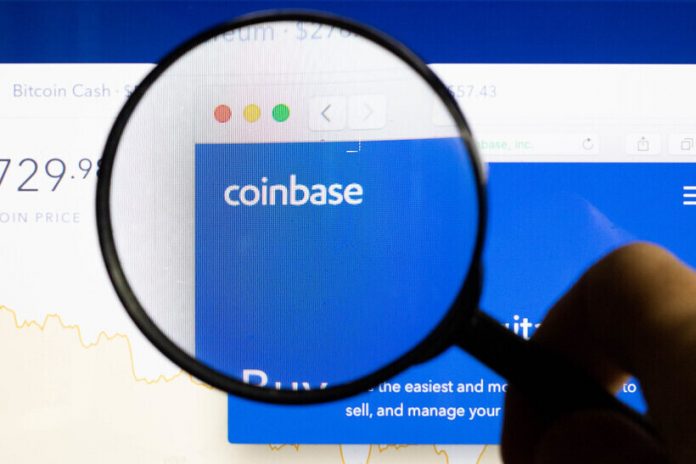 The economic news in recent days is Coinbase IPO, maybe the exchange world’s most famous cryptocurrency exchange. Despite the falls since its inception, its market capitalization (what the company is worth) exceeds 60,000 million dollars, more than any Spanish bank, for example.

The funny thing is, when Coinbase was still a relatively small startup, BBVA invested in it. In an investment round in 2015, BBVA acquired between 2.5% and 5% of Coinbase, according to market sources, for between 10 and 20 million dollars. The data is not public as Coinbase was not a listed company at the time. How much money has BBVA made since then?

It is quite common that startup investment rounds are not advertised in full detail. In fact there are usually confidentiality agreements so it may be still take a few years to know exactly all the details.

At that time Coinbase needed capital to continue growing because their income was not enough for the expansion they planned. In fact, it wasn’t until 2020 that Coinbase finally made a profit.

If things had stayed there, we could calculate BBVA’s profit range. In other words, if BBVA continued to have the same percentage, what used to be 400 million is now 60,000 million and therefore its investment would have multiplied by 150 in just six years (the 10 million would be 1,500 million and if it had been 20 million then BBVA would now have 3,000 million). However this has not been so.

In the initial stages of startups it is normal that from time to time they continue to require capital. In fact, to reach Coinbase levels, they normally require a lot of capital. Since 2015 there have been multiple investment rounds to continue growing.

When a new round arrives, investors who were already inside have two options. Either they go to the capital increase to maintain (or even expand) their participation in the company, or they decide to keep what they had and therefore are diluted (they have a lower percentage). There is also a third option: if in the round a liquidity window opens so that investors can leave, investors who want to leave can sell the shares to any of the new investors who enter (at the new price and therefore these initial investors win money).

In the case of BBVA, it is not very clear what happened, but it seems that they did not attend the following rounds (which required putting more money on the table) and therefore in at the moment the percentage of Coinbase that belongs to BBVA is less than 1%.

The problem with calculating returns is that it is very difficult to do it without knowing all the data, having less than 1% is highly variable. If BBVA now had 0.1% we would be talking about 60 million euros; if it were 0.5%, it would be 300 million euros.

In both cases we are facing very important returns, because even in the worst case of those raised (investment of 20 million and current participation of 0.1%) the investment would have been multiplied by 3 in just six years.

Did BBVA do the wrong thing by not attending the subsequent expansions? Having seen it, yes, because Coinbase has provided great returns to all its investors. But it is also true that the first to enter and those who did not attend the enlargements are those who obtain the highest returns. The round that BBVA entered valued Coinbase at 400 million, and therefore from there to 60,000 million there is a long way to go. In the following rounds, the valuations of Coinbase were increasing and therefore the returns have been lower.

BBVA may not have earned much from this operation (perhaps between 40 and 290 million) but the annualized profitability is spectacular. And for that you have to invest in the early stages of successful startups, which it did very well this time.