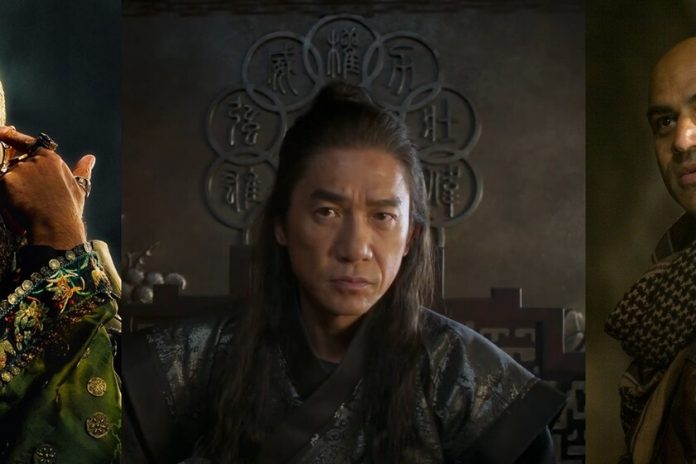 The launch of the trailer for ‘Shang-Chi and the Legend of the Ten Rings’ served as a society presentation of the first Chinese superhero of the Marvel Cinematic Universe. Until now there had been a lot of secrecy around the film, but the truth is that the studio had been giving us clues that go back to ‘Iron Man’, the first adventure of the MCU.

The Mandarin in the Marvel Universe

Beware of SPOILERS of films from the Marvel Cinematic Universe from here.

And it is that surely many remembered ‘Iron Man 3’ when it was learned that the great enemy of ‘Shang-Chi and the legend of the ten rings’ was going to be The Mandarin, a character that was initially expected to face Tony Stark in ‘Iron Man’. The signing of Jeff Bridges He caused that possibility to be discarded, then entering to assess what exactly to do with the mythical villain.

Favreau even considered the possibility that he was some kind of great shadow villain – a bit like Thanos would later be – but it was ruled out. What did remain in the film were the Ten Rings, in this case a terrorist organization that kidnaps Stark to try to force him to build the Jericho missile for them – in the 23rd minute of the movie you can see how they expressly refer to them by that name. It is unknown if there is a real connection between this group and the Mandarin, something that we hope will be clarified in ‘Shang-Chi and the legend of the ten rings’.

READ:  what time does sonic close?

Most of the members of that terrorist group die in ‘Iron Man’, but in ‘Iron Man 2’ we see again a member of Asian origin of the Ten Rings delivering Ivan Vanko (Mickey Rourke), among other things, a ticket to the Monaco Grand Prix where he attacks Tony Stark for the first time.

From there we jump to ‘Iron Man 3’, Marvel’s most marked movie by the Ten Rings to date. Many were disappointed when it was revealed that the Mandarin in the film was a phony, a mere actor hired for the occasion played by Ben Kingsley. It is true that later Aldrich Killian, the character played by Guy Pearce, he claims to be the true Mandarin, but this is most likely not the case, and we have good reason to think so: the short film ‘All hail the king’.

Included in the domestic edition of ‘Thor: The Dark World’, ‘All Hail the King’ recovered the character of Ben Kingsley with the idea that someone was preparing a documentary about the jail in which he is locked up. The problem is that the filmmaker played by Scott McNairy he is actually a member of the Ten Rings who is there because the Mandarin wants his name back, thus making it impossible for the late Killian to be who he claimed to be.

That was when it was confirmed that the Mandarin really existed within the MCU, but since then we have hardly heard from him or the Ten Rings again. The last we heard from this organization dates back to ‘Ant-Man’, as it was one of the parties interested in getting the Yellowjacket suit before the superhero played by Paul Rudd blasted the matter. 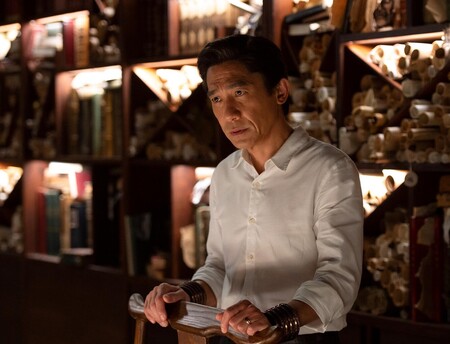 Nothing has been heard from them since then, but what was clear to us is that they are an organization with many resources and very interested in acquiring the latest technology in weapons. Now we will have to see how all this marries with the confirmation that the villain that we are going to see in ‘Shang-Chi and the legend of the ten rings’ is a totally new enemy.

Let’s keep in mind that in the comics Shang-Chi’s father was the Fu Manchu, but the studio lost the rights to that character years later, so it was decided to say that Fu Manchu was actually an alias for Zheng Zu, leader of a dangerous and ancient criminal society that wants to control the world.

READ:  Boruto may have explained why Kawaki turns evil

In the film it has been chosen to change the character, since Tony Leung will give life to Wenwu, being one of the study’s ways of trying to change some aspects of the comic associated with certain racist stereotypes. What does seem to be maintained is that while Zheng Zu and Wenwu trained their son Shang-Chi with the idea that he would be his successor, but he chooses to follow another path when discovering the true motivations of his father.