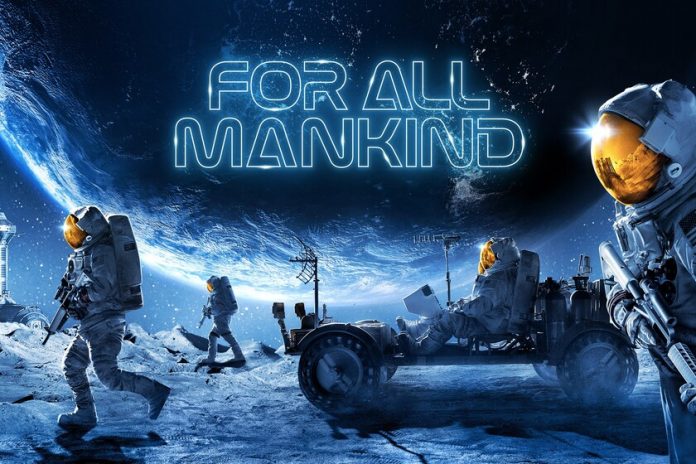 Fiction and science fiction are my favorite genres, whether in film, book, or series. The possibility of starting a world, an entire universe from a blank canvas has given rise to great movies like ‘Star Wars’ or great literary sagas like ‘Game of Thrones’ or ‘Harry Potter’.

However, sometimes you don’t have to create an entire world from scratch to have an interesting sci-fi premise. Sometimes all you have to do is review our past and change a key point in history to imagine how different our present would be. It is the resource called What-If, and it is the one that is using the Apple TV + series ‘For All Humanity’ very effectively.

With the original name of ‘For All Mankind’, the series asks the following question: What if the Russians had become the first to step on the moon? What would have happened then? Ronald D. Moore (responsible for ‘Star Trek: The Next Generation’ and ‘Battlestar Galactica’) responds with an alternative history that starts from that hypothetical moment in the late 60s and tells how the United States responds with a space race It never ends, with tensions escalating to much higher levels than they did in reality.

And in this space race that continues at an exponential rate we see the history of NASA astronauts, with much more budget, who work against the clock to give it back to the Russians chasing victories against the communist milestone of leaving a mark on the moon before anyone else.

I can count little more without entering a minefield of spoilers, but just imagining it is a good enough premise for any lover of space: ask yourself what would have happened throughout the second half of the 20th century if we had not stopped going to the moon. If there were very frequent and regular missions, with all the research and technological advances that that would entail.

The first season talks about the late 60s, while the second season takes us to a hypothetical 80s in which technological advances are already seen that in reality we have not seen until the 90s. More space exploration, more benefits for humanity en bloc. It promises, especially because in the following seasons we should see some 90s and 2000s with advances that maybe we are seeing in our days. An alternative history in which humanity advances much faster technologically. And of course, in that alternative world Apple is not lacking.

That desire to know what would have happened in this alternative history are what make ‘For All Humanity’ one of the most interesting premises that there is right now on Apple TV +. Yesterday the penultimate chapter of the second season was released, and I already count the days of the week that are left to see the season finale.