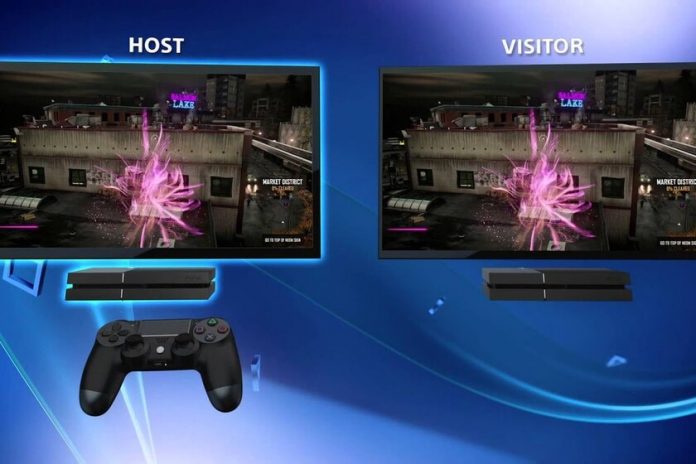 One of the characteristics that passed a little tiptoe for PS4, on the occasion of its presentation in full 2014, was called Share Play. To make a simile, a function similar to Remote Play Together from Steam, but with limitations.

And today, April 14, 2021, PS5 rescues that function using the new version of your firmware. An update that also includes compatibility with external storage units, among other new features. But in this guide we are going to focus now on Share Play so you know how to use it.

What it is for and how it works Share Play 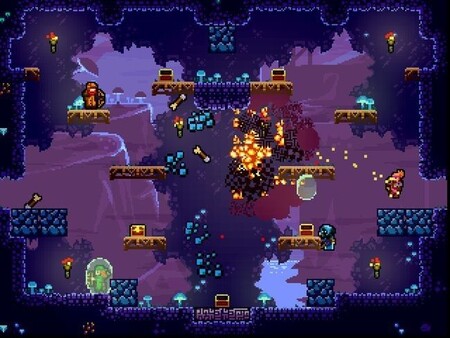 Think of a local multiplayer video game. Those meetings with colleagues are priceless, right? But it’s a shame when you discover that one of your favorite games does not have the greatest option to play online with your colleagues or strangers on the Internet. That’s where remote play comes in.

It arises from the need to alleviate this inconvenience, as in the Hamachi era, which simulated a LAN in the days of Internet cafes with Quake III: Arena, Command & Conquer: Red Alert and countless classics for PC. Share Play, al igual que Remote Play Together, remove that barrier to be able to play online.

Although it has another option, that of sharing the screen so that the other person can simply see how we play, or even that it replaces the controls remotely, its most attractive utility undoubtedly lies in that possibility of play games that only have local multiplayer online. Now, not everything is so beautiful on Sony consoles if we compare it with Valve’s service: in Share Play the limit is for two people and for one hour of play. Yes, we can only play a 60 minute session before the end of the broadcast.

This entails, logically, having a good signal for our router, otherwise the invited person will suffer the fearsome lag as they depend on the quality of the host’s signal: better to be connected by cable than to depend on Wi-Fi.

How to activate the Share Play function on PS5 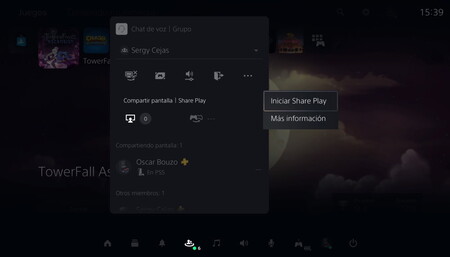 To use Share Play from PS5, you have to invite the other person to a group. This is done from the “Game Base” of the lower menu, by pressing the PlayStation icon from the DualSense. We invite someone connected to the group and that’s it.

From the voice chat menu of that group, we will see several icons, the first one being the one that interests us, the one on the television screen with an arrow below. By clicking there, we will activate the screen sharing function, which is what will ultimately take us to the aforementioned Share Play. We give “Start” and we wait for the guest. We will see all these notices from the notifications, what’s more. 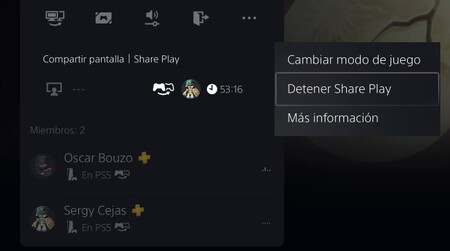 As soon as the Share Play broadcast starts, the 60 minute countdown will begin until it ends. It is something that will be shown to us from that group.

When we are notified that the other person is already inside, we can put the game we want, which will automatically appear with us as a guest. This comes in handy for games like TowerFall Ascension, Jamestown + or the most recent Huntdown, to name just a few without online multiplayer.

What if a one-hour game seems insufficient? We start another broadcast again, share a screen with the other person and invite them to play with Share Play again. What are these cuts a nuisance? Yes, but at least there is the option, which we certainly weren’t expecting at this point on PS5 no matter how much room for improvement when it debuted on PS4 so many years ago. Better that than nothing.

READ:  Why a Modem is Required to Connect to the Internet?

And on PS4? This is the process to use Share Play 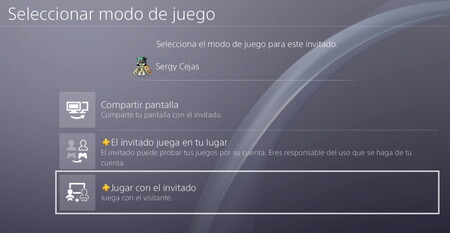 On PS4 the process is practically identical, when also done from a group to which we have invited another person. Now, we also have seniors with the option of doing it directly from the SHARE button of the DualShock 4.

If we display its menu (instead of pressing to capture the screen or record video), we will see an option to use the aforementioned Share Play, suddenly showing the three possible options: Share screen, The guest plays in your place and Play with him invited. Emphasize, yes, that for the last two options it is a requirement It is essential to be subscribed to PlayStation Plus, just like on PS5.

Sony recommends at least an Internet connection with a speed of at least 2 Mbps, although if we want it to be more fluid to 30 fps and 1080p, it will be necessary to reach 15 Mbps. At the end of the day, we are broadcasting our own screen with the other person, hence the drop in quality and that it depends so much on the stability of our connection. Far from Steam quality, Yes indeed.