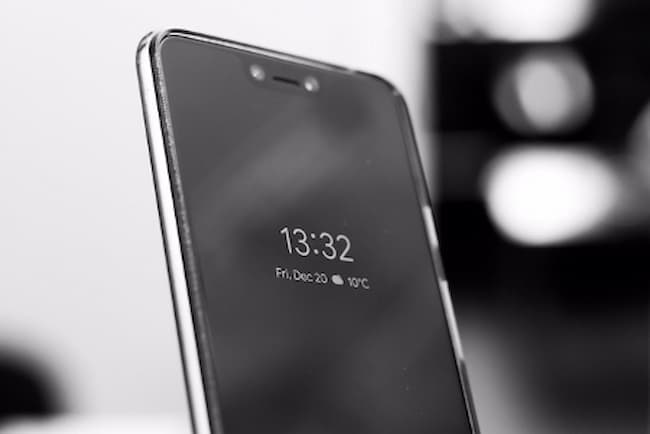 Google’s latest phone release is the Pixel 6a, a small, mid-range phone that aims to give you as much bang for your buck as possible. It’s a bit of a departure from Google’s flagship phones, such as the Pixel 6 and the Pixel 6 Pro – but that’s the point. You get to have nearly all the features of these top-of-the-line phones for a much lower price. But, even with that in mind, is it worth buying compared to its bigger, better-equipped counterparts? Let’s take a look.

While you can’t really describe any phone as small these days, the Pixel 6a is about as close as you could come to it. At 152.2mm tall, it’s much smaller than its Pixel 6 counterparts but isn’t quite as compact as the iPhone SE. The phone’s design is nice to look at, particularly with the two-tone color option on the back of the device. You can choose from white on gray, gray on white, or black on gray. It’s got quite a boxy design but still feels nice to hold, so you won’t get sore hands if you’re planning on using it a lot throughout the day. One downside of the design is that the phone’s plastic back scratches quite easily, so we’d recommend getting a case as soon as possible.

The screen is a beautiful 6.1-inch AMOLED display, so even though the phone is relatively small, it still has a sizeable screen on it. Unfortunately, the screen only has a 60Hz refresh rate, which pales compared to those with refresh rates up to 144Hz. Even similarly priced phones such as the OnePlus Nord 2T and the Nothing Phone have higher refresh rates, at 90Hz and 120Hz, respectively. One way that the phone makes up for the poor refresh rate is the brightness. You’ll have no issues viewing the phone in almost any light condition, with only the harshest sunlight impeding your vision.

When it comes to performance, the Pixel 6a really comes into its own as it has similar tech inside it to its sister phones, the Pixel 6 and the Pixel 6 Pro. To start with, it has exactly the same Tensor chip processor inside it, so whatever tasks you’re doing on your phone, the Pixel 6a can handle it. It also has 128GB of storage space, so plenty of room for all your apps. The phone has 6GB of RAM, so it’ll have no problem running all of your apps, whether social media apps, video streaming apps, or even online casino apps. There are lots of online slots with fantastic animations that would run seamlessly on the Pixel 6a. Live dealer games are becoming a popular online casino product, as they offer an immersive casino experience from wherever you’re playing. As well as a range of games, it’s important that a site has a range of banking methods for you to use, as getting your money on and off the site is extremely important. However, with so many sites to choose from, you should read online betting site reviews to ensure you find the site right for you. Whichever one you choose; you’ll have no trouble playing any of the games on the Pixel 6a.

One area that substantially lets the phone down is the charging. While it has an excellent battery life and will often last you a day or two after a full charge, it takes a long time to charge up. As it’s limited to an 18W battery, it takes nearly two hours to charge to 100% from empty, compared to the 30 minutes it takes the OnePlus Nord 2T. Another downside is that the phone tends to get hot while charging, which is never a good sign. The repeated heating and cooling of the battery can lead to a degradation in performance over time, but we’ll have to see how much of an issue this becomes for its users over the coming months/years.

Finally, we come to the camera. Unfortunately, this is another area where the Pixel 6a is considerably weaker than its competition. It only has a 12.2MP main camera, compared to the 50MP main camera the Pixel 6 received, which is paired with a 12MP ultrawide lens. However, while it’s not quite as powerful as it could have been, the quality of the pictures is still stunning, so you won’t notice too much of a difference if you’re just an average camera user.

So, for $449, is it worth it? Well, it comes down to what you want from a phone. If you’re looking for a device that can handle whatever task you throw at it, the Pixel 6a will do just fine. However, if you’re looking to take professional-grade photographs or need it to charge in a matter of minutes, you’ll find that it lets you down. That being said, there aren’t many better phones on the market for this price.