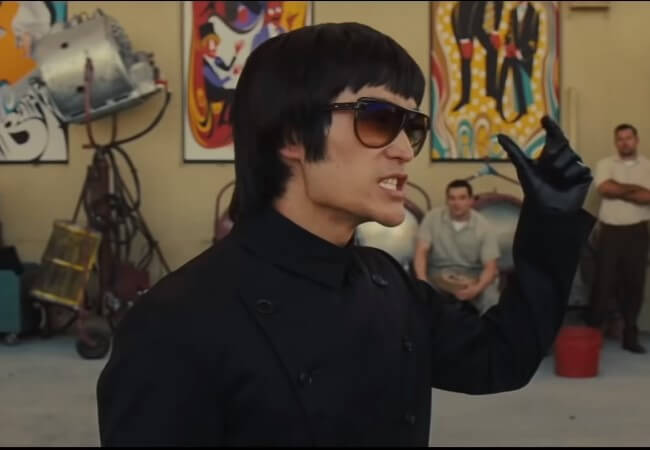 Once Upon a Time in Hollywood: ‘Mockery’ of Bruce Lee

Recently, Shannon Lee is giving the interview after watching her father’s movie, “Once upon a time in Hollywood”.  And she said that “it is uncomfortable feeling while watching a movie and people were laughing at my father”. And This is Shannon Lee’s Statement when media Interviewed her about the movie.

She added. It is Disheartening how my father is portrayed in the Once upon a time in Hollywood. Quentin Tarantino is the filmmaker of the movie, and in Movie Bruce’s role is like an arrogant, who always tend to in his zone.

Further, She added that In the 60s of the film industry, her father is doing much hard work and gain success as compare to film characters Booth and Rick. Rick is Playing by Leonardo DiCaprio. These are the fictional character of the once upon a time in Hollywood. Included that Tarantino is trying to show the stereotype character of my father.

Next, we are going to see some spoiler kind of content — not the story but how Tarantino has portrayed a character in Once upon a time in Hollywood.

Brad Pitt has spread the action crisp by plating Stuntman Character. Then in an actual fight is start between Cocky Trader Clicf Booth and Arrogant Bruce Lee, which plays Mike Moh. With informal and mutual understanding, they are ready to take part in fights rounds. Which is going to be two of three rounds fight on the set of TV Show “The Green Hornet.”

However, The fight starts now. The first-round winner is Lee(Mike) who easily thrashed Booth. Now Lee is Leading in One-Not figure. Then In Second Round, Booth is bounced back, and he slams lee into the car. Now Score is One-One Equal. And then guess what happens next. The fight is interpreted before the third round — anti-climax of Fight.

As comparing real life of Bruce Lee, Her Daughter Shannon added that My Father always keeps himself out from the fight. He is not showing how he is great in martial arts and other fighting art, just because of his movies genre. Here, In Movie, Lee is direct insults Pitt, In real life, it never happened. He is not like that, He never challenges directly.

Thus, Let’s make an aside this issue as a fictional character. Bruce Lee is like once a Legend Always a Legend. By Personal Shannon Lee is hurt, but make it the part of the Once Again in Hollywood.

Video : Once Upon a Time in Hollywood