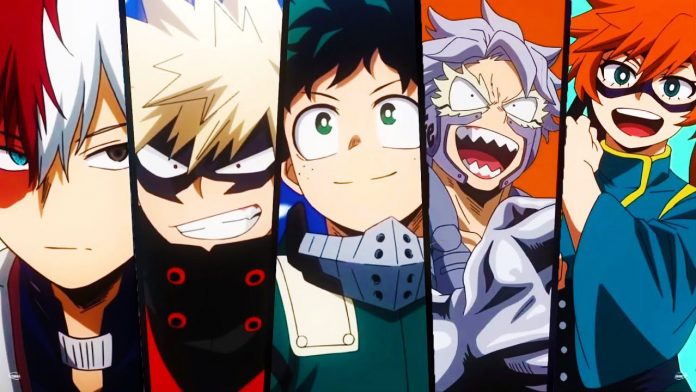 The third episode of the fifth season of My Hero Academia was published a few hours ago on Crunchyroll and sanctioned, as many viewers expected, the actual beginning of the narrative arc dedicated to the joint training between classes 1-A and 1-B of the Yue High School, which also showed itself in some promotional images.

After two episodes that made a quick recap on the powers of each of the most relevant characters, and which also showed some of the final scenes of last season, to resume in more detail the new mission of the Pro Hero Hawks, episode 91, titled “Clash! Class 1-A Vs. Class 1-B” will resume from the developments seen in the manga of Kohei Horikoshi.

To test their growth as Heroes and their commitment to the academy, the students were faced with a new challenge, organized by professors Aizawa and Kan, respectively known as the Pro Hero Eraser Head and Vlad King. As you can see from the images in the post at the bottom of the news, shared by @heroaca_anime, Deku appears worried and determined at the same time, while many of his comrades, and “adversaries” seem enthusiastic about the idea.

READ:  What Is Smite In Minecraft?

We remind you that in the next episode the battle will come alive, and we leave you to our review of the episode 5×03.