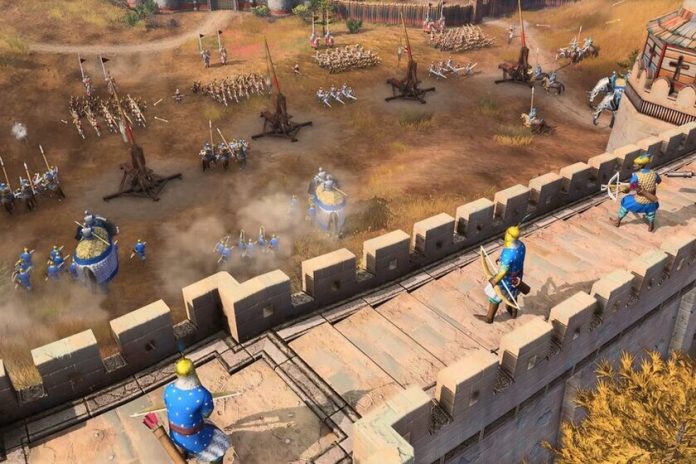 Although it is not as neat or as overexploited a saga as others, the role of ‘Age of Empires’ in the history of video games in real time strategy and undisputed. Relic Entertainment, creators of other essential titles such as ‘Warhammer 40,000: Dawn of War’ or ‘Company of Heroes’, are responsible for repackaging the classic franchise, something they have done by approaching a historical installment, the second, and returning to a scenario that we already know.

At the presentation event of the first installment of the saga in ten years after ‘Age of Empires Online’, we were reminded that the genre has evolved, and ‘Age of Empires IV’ wants to be a bridge between the classic style and the new way of seeing the genre. These eight questions answer many of the questions about this highly anticipated installment, but above all one: how to remember the classic games of the series while continuing to innovate?

We go back to the Middle Ages

‘Age of Empires IV’ returns, as has been revealed this weekend, to the Middle Ages, that is, the same time that was the backbone of the second installment. There will be four campaigns with specific historical events, and the first announced is the English conquest of Normandy. According to the game’s head of narrative, Philippe Boull, “from a historical perspective, the Middle Ages is an incredibly rich time to dig into. (…) Many people today don’t understand how much of our current life is based on what happened in those periods, not only in Europe, but all over the world “,

Similarly, Relic has recounted that There will be 8 civilizations, of which China, England, Mongolia and the Sultanate of Delhi have been revealed so far. Of the four that remain to be announced, it has already been advanced that not all of them will be part of Europe and Asia, so let’s not rule out African or American empires entering conflict. 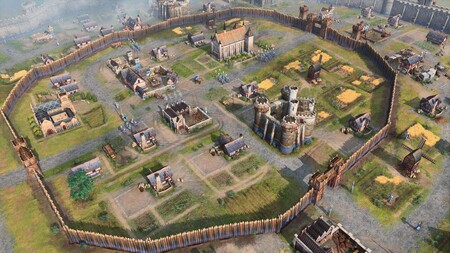 Each of these civilizations will be different from each other: they will have different ways of moving and attacking, as well as managing resources, that is, they It will not be eight civilizations cloning each other with mere aesthetic or unit quantity changes. Each of them will be handled differently and will require the player to adapt to their peculiarities. An example that the team gave was that of the Mongols: being a nomadic empire, all cities can move from one place to another. This is what the team calls “asymmetry of civilizations”, or rather “semi asymmetry”, because they will share some units.

In any case, they say in Relic, “starting with eight civilizations is already a pretty big effort, but from there we will expand the armies.” That is, following the custom in the franchise, the Future game expansions could bring with them new civilizations to play with.

What changes are there in the mechanics?

Essentially we are facing a classic ‘Age of Empires’, but adapted to the new times, although There are still many details to be known, such as the number of troops that can be handled. The videos that we have seen so far and the figures that are handled in multiplayer suggest battles on a much larger scale than what has been experienced so far in other games in the series.

Some classic mechanics, such as the triangles of forces and vulnerabilities in combat, are still present but adapted, as the team does not deny, to attract players not seasoned in the genre. Other options that the game has presented are ambushes, with which some armies can surprise others hiding; or sieges, which will serve to weaken walled settlements. Urban battles have also been mentioned, which suggests that the cities will be colossal in size.

READ:  The best-selling iPhone 11 is much cheaper in TuImeiLibre: the 64 GB version stays at 579 euros 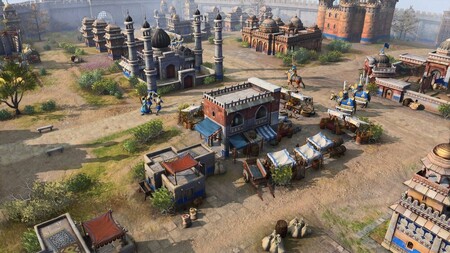 Will there be characters in the campaign?

Yes, but raised differently from other installments, such as the second and its historical characters, or the third, with anonymous characters but involved in historical events. Here was the example of the only campaign that has been talked about, the Norman. It begins with William the Conqueror at the Battle of Hastings, and the successive campaigns will allow him to play with his sons, Henry I and Robert Curtshose, and the sons of his sons, leading to the founding of England. Relic wants the campaigns to be very humane, and the three hours of video putting the player in position in each campaign will help.

What proposals does the game have at the graphic level?

Relic has decided to remain faithful to the classic aesthetics of the game, which could translate into little visual spectacularity, but it is in the details that the enormous work of the company is reflected. For example, the stages will be at first semi-hidden in mist, as corresponds to the Middle Ages where everything is to be discovered, but as empires grow they will gain in clarity and color.

On the other hand, the accent of realism has been placed on lighting and fluidity, leaving the troops in the background. They do it to avoid what they have called “cognitive overload”, that is, that an excess of graphic detail in the characters prevents the player from concentrating on the big moves and mass fighting. 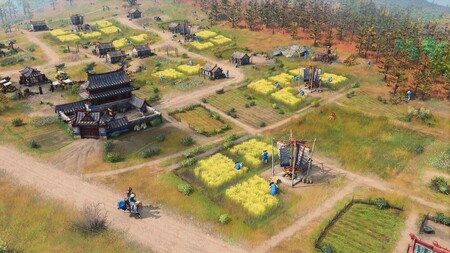 How will the languages ​​work?

Looking for absolute verisimilitude, the team has documented itself very neatly (and has captured it in the game) in aspects such as languages, which are heard in-game with different accents that evolve over the centuries, to the point of making them absolutely incomprehensible, for example, in their initial stages. And this will be the case with all the languages ​​of the game, Eastern included.

From the beginning it was designed with four versus four in mind. Here yes, figures have been given: 200 troops for each army, that is, a total of 1600 in four against four.

What is left to know?

Very much: this has only been a first approach. Apart from more specific figures about the number of units that we can see in action in the game and other types of statistics, it remains to know more about naval battles, which to the delight of the players, is known to exist in this installment. We also have to know everything about possible expansions and modes of editing and creating campaigns.

And, of course, upcoming installments: Relic already speaks that “the Middle Ages is a great stage in which to start. We’ll see what the future offers “, which inevitably suggests his classic franchise ‘Company of Heroes’. And with it, the possibility that we see next ‘Age of Empires’ with combat in the twentieth century.