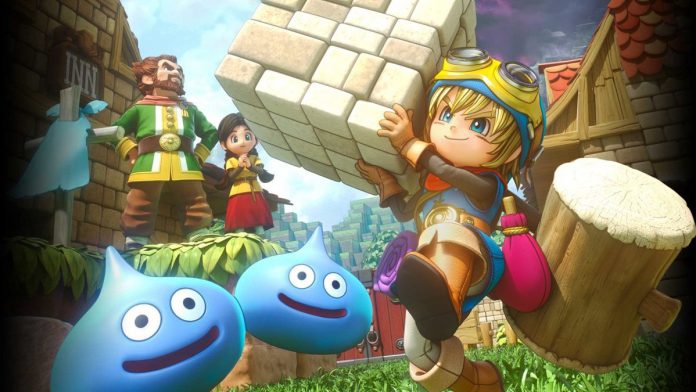 After seeing the light in July 2019 in western territory on PS4 and Nintendo Switch and being ported to PC in December of the same year, Dragon Quest: Builders 2 comes by surprise to Xbox One and Xbox Series X / S with an added bonus. Its inclusion of launch on May 4 – next week – in Game Pass, compatible with Play Anywhere.

The great work of Yuji Hori

Dragon Quest was, in its beginnings, Enix’s forceful response to Nintendo’s Zelda and Square’s Final Fantasy. A game that helped to create the foundations from which the purest dungeon would later drink and in which titles such as Capcom’s Breath of Fire and SEGA’s Phantasy Star could be added. The game that inspired Toshihiro Nagoshi and the protagonist of Yakuza: Like a Dragon, Kasuga Ichiban, was, for years, the most powerful banner of an Enix that still flew solo before making good friends with his most direct rival: Square.

During 11 numbered installments and several spin offs, the keys to Dragon Quest were the great work of Akira Toriyama in character design, Koichi Sugiyama’s mastery of sheet music, and the creative mind of Master Yuji Horii after the game. With the presence of this trio of aces, Dragon Quest crossed borders, even daring to inspire the latest SEGA Yakuza and giving rise to many titles outside of its traditional mechanics, among which is this Dragon Quest: Builders 2.

Omega Force out of your comfort zone

Dragon Quest: Builders 2 is a difficult gem to classify. It has elements of traditional ARPG that escape from time bars and turns, and embraces with open hands the open world, or rather, the open stages separated by zones. To this add construction elements that are the hard core around which the rest of the elements revolve in orbit and mechanical. The action drinks from the construction as well as the narration and the staging, but Dragon Quest: Builders 2 knows how to make this mechanic an accessible and fun toy capable of convincing even the most bitter enemies of the Minecraft style.

Yes, there are blocks, recipes, and artboards, but Dragon Quest: Builders 2 it is, above all, a very well told game in which all its elements dance in neat coordination thus creating something so special that, with forgiveness for Omega Force, it does not seem to be from Omega Force. The kings of the musou, the ‘whatever’ Warriors and the ‘foo’ Heroes leave their comfort zone and sign together with Square Enix a title without minions in which the most important thing is what happens on stage, the people who inhabit and the feelings of the heroine or hero and their interesting companions.

READ:  What Is The Point Of Life?

Taking into account the name behind it, Dragon Quest: Builders 2 is the complete opposite of what Omega Force has us used to. A clean and pampered job in all its details, complex mechanics that are terribly intuitive and a world in which history dictates the steps that its characters take along with the needs of the companions that we meet in the adventure.

What makes it so special?

You have a complete analysis of the game on this website, but as a summary suffice it to say that Dragon Quest Builders 2 is much more than the sum of their names. Be careful, it is not a powerful triple A that will leave you with your mouth open, but it is a very special product made with great care and love for the video game where Sugiyama’s sheet music and Toriyama’s immortal design spirit are just the tip of the iceberg of all the good things the work does. As far as playable, get ready for an action, adventure and construction title in which you can share your island with other players and build something very special together.

However, it is outside of its mechanics where you will find what Dragon Quest: Builders 2 does best. A work with a lot of heart that bet on deep feelings, for the sometimes heartbreaking stories and that traditional sense of humor in Yuji Horii’s works capable of taking you from a smile to a tear with astonishing ease. My advice? Download, play and keep within the reach of children, although not the story if they are very young, but its most creative part of free construction. We are facing one of those intimate and personal games that are increasingly scarce in the catalog, and it is a joy that next week it is going one step further and opening up to new gaming platforms and new users. Welcome to Xbox, Dragon Quest: Builders 2.