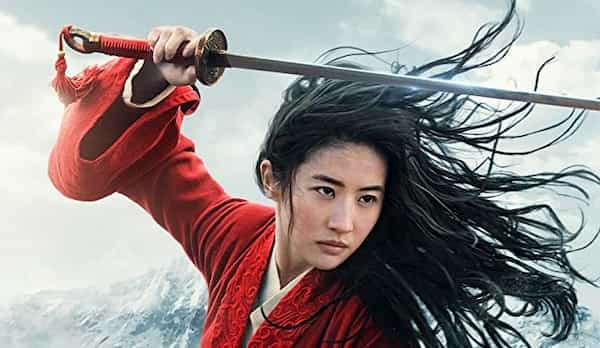 Everything you need to know about Disney’s Mulan

About the Film Mulan

Mulan is based on the Chinese Folklore, the folklore is known as the Ballad on Mulan. The story of Mulan revolves around the warrior woman and first, his father was devoted to the duty in Country’s Army Force, later his daughter and main character of the film that woman take place of him to fight for his country. His father was martyr while fighting for his country.

Mulan is the first Disney film that was rated by the PG-13 by MPAA. They give the certification based on the movie, so they got from this respected firm. In the lead role actor, Liu Yifei is confirmed in Mulan. You can watch out the trailer of Mulan, it was released in February. On Youtube, Trailer of Mulan is available. This is the final trailer before the release of Movie.

Now, let’s talk about the controversy of Mulan. The newspaper and media public started boycotting this movie after me to movement. People don’t know the reason behind the boycotting Mulan.

READ:  With a manly look, Shiloh Jolie-Pitt attends the Maleficent Premiere For The First Time After Sex Change

The boycotting of Mulan was started after the lead cast Liu Yifei shared the piece of newspaper on her social media handle. As per the newspaper cutting, “Support Hong Kong Police. You can beat me now. What a shame for Hong Kong” This line was posted.

From newspaper cutting line people having the idea of boycott Mulan, people are started guessing that Liu supports the Hong Kong Police and she started to turn on Boycott Mulan. After this incident hashtag of Boycott Mulan was started with #BoycottMulan, this was trending on twitter media.

After the Boycott incident of Mulan Liu did not reveal anything about the Mulan Movie, Later she shared the scene of the Mulan movie on the internet. Then one more incident comes into the picture while Producer of show Jason T Reed removes the love interest scene from the Mulan Movie. He dropped the captain Li Shang from the movie after the Me Too Movement.

What will be the next release date of Disney’s Mulan?

Disney comes up with the new release date of Mulan, now Mulan will be released on 24 July 2020. If Corona Pandemic doesn’t stop then there is a chance that Mulan will be postponed again. If it will happen again, then ready to watch Mulan on Disney Plus.

Disney’s Mulan Everything you need to know was last modified: May 20th, 2020 by Edie Perez
Share it: