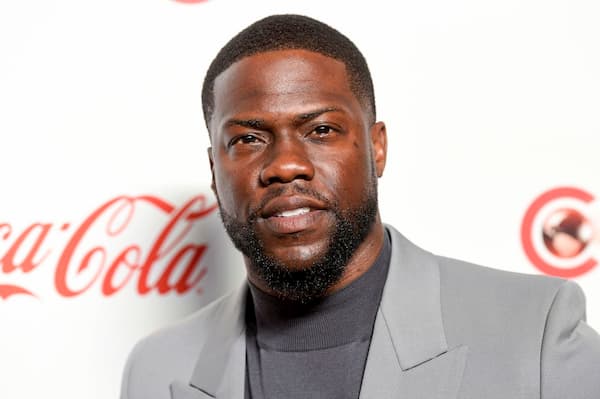 People do surely love the 40-year-old comedian a lot and it is one of the reasons behind his overwhelming fame. Kevin Hart did manage to earn a cool $90 million between August 2015 and August 2016. His income sources include numerous things such as touring, merchandise, movies, endorsements, and more. As per the reports, Kevin Hart was able to make the income worth $60 million around June 2017 and June 2018. The same goes for him between June 2018 and June 2019 while earning $60 million.

Well, it was the first time Kevin did realize that he has the potential to become one of the best comedians in the world. His Comedic reputation begins after his first stand-up comedy album “I’m a Grown Little Man”. Even though he did not have enough experience in the field of stand-up comedy, he happens to have grown quite a popularity. Viewers were not able to control themselves but burst out with laughter while Kevin Hart keeps his sense of humor going on.

READ:  'Dredd' has an unreleased soundtrack called 'Drokk' - it's brutal and reinforces the theory that Alex Garland actually directed the movie

Currently, Kevin Hart is one of the most popular comedians and finest actors in the world. People consider him to be worthy alongside Steve Harvey, Jerry Seinfeld, and Larry David.

Kevin Darnell Hart was born on the 6th day of July 1979 in Philadelphia, Pennsylvania. His childhood was like every other kid with a caring and loving mother. Kevin Hart was up and rising with her mother and a brother namely Robert. At first, he was going to the Community College of Philadelphia before he did decide to leave the town for moving to New York City.

After attending two full years of classes while pursuing a career in Comedy, Kevin was all up and ready. Kevin Hart was focussing completely on making the most out of his comedy career. But he has to do several other jobs before he was a full-time stand-up comedian. One of his odd jobs includes Kevin Hart working as a shoe salesman while focusing on his career.

Although it was indeed hard for him to reach a number of audiences, Kevin Hart did manage to do it. Kevin begins his stand-up comedy career with an amateur nightclub in Philadelphia as his first platform. All the hard work and efforts that he did put into making the best comedian is literally paying off now.

Most of Kevin Hart’s fans and followers were considering him as the “King of Comedy”. It was the ABC that was the first one to hand Kevin his first sitcom “The Big House”. He made his debut in the world of popular comedians with this sitcom comedy series. Kevin Hart was basically playing himself the most when it comes to the stand-up comedy. But unfortunately for Kevin Hart, the unique storyline does not seem to interest any of the audiences. So the show was a total end after its first six episodes.

Kevin Hart’s first successful album that surely makes him the personality that he is now was “I’m a Grown Little Man”. It did premiere back in 2006 and it was the reason that gives him the status of the best young comedian. The 2006 album was surely successful and popular. It was not long before Kevin Hart did release his second album in 2010 which was an even bigger success.

The “Laugh at my Pain” was the tour that Kevin did start in 2011 which was the major breakthrough for him. It has such an increasing amount of popularity and viewership that the tour turns into a concert documentary. Kevin Hart was then fully successful to become a young comedian star that most people were loving. “Laugh at my Pain” did manage to earn $15 million while encompassing in more than 90 cities. It was surely one of the most successful comedy tours of that year.

Kevin Hart is indeed an inspiration for many younger generation comedians as well as actors. He did collaborate with some of the finest actors and celebrities including Dwayne Johnson, Nick Jonas, Jack Black, Tiffany Hadish, Ice Cube, and more.

As of the reports of 2020, Kevin Hart is earning a Net Worth of $200 million. He is currently living happily with family while focussing on his healthy life.