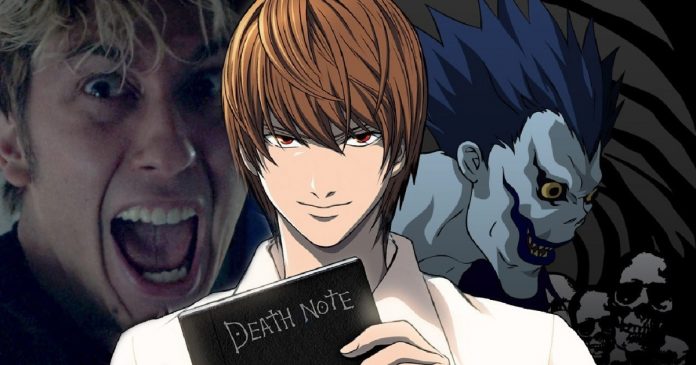 Who doesn’t love a good mystery crime thriller with characters facing off in a battle between good and evil? Put that story in a supernatural world and it becomes a legendary tale. Death Note was created in 2006, and with its count of 37 episodes easily digestible, became one of the series from anime highest audience.

He was so beloved that he even got a live-action movie remake of Netflix. However, the movie leaves a lot to be desired. Death Note is about a high school student in Japan named Light Yagami. Then, The Truth News shares reasons why the anime did not work in live action.

First of all, Light Yagami is a smart teenager that he’s too smart for his own good; that’s why he gets bored in anime. When he discovers the Death Note, intentionally thrown into the human realm by the Shinigami Ryuk, he begins to rid the world of those he considers evil and therefore unworthy of life.

Although Light’s intentions are pure at the beginning of Death Note, his god complex makes him dangerous. Your enemy, known as L Lawliet, is the intelligent and equally matched opponent of Light. Their mission is to catch Light, who is referred to all over the world as Kira, translated into English as assassin. Netflix ignored all of the above!

There have been several live-action adaptations of Death Note since its release, but the Netflix original released in 2017 is perhaps the worst. The premise of the movie it’s not entirely horrible, but it is nothing like anime.

Instead of having Misa as Light’s pawn and ally, the movie uses Mass as an enemy of Light who wants the Death Note for her. Light believes that between the two, he is the lesser of two evils. That is why he deceives her and kills her. If a viewer is a fan of anime, they will surely be disappointed.

Aside from the plot, the Netflix movie also completely changes the personality of its main character. In the anime, when Light meets Ryuk for the first time, he is shocked, but quickly pulls himself together. But in the movie, Light screams and flails seemingly terrified of the Shinigami.

In the anime, Light sees himself as a god and seems to plan his every move, putting him 15 steps ahead of anyone who opposes him. However, until the end of the film, it is little more than a distressed teenager. This completely takes away what made the anime so good.

Light’s meticulous demeanor and lack of respect for human life was fascinating. Not only were the characters in Light and Misa not well done by Netflix’s live action, Ryuk also suffered.

When Ryuk first appears in the Death Note movie, he is kept in the shadows. Because of this, it looks menacing just like in the anime. With Willem Dafoe Expressing it, he actually had a lot of potential to be a cool character. But as soon as he takes a step into the light, he loses all his chill.

It can take a lot of time and money to make a CG character look good, that’s why the anime beats the movie. Another reason anime is better is because of its style. Anime is usually drawn by hand and therefore has no creative limits.

Characters can look and do anything, even if it’s not possible in the real world. Anime is also a more interesting story. The music is dramatic and the setting is kinesthetic and unique. Trying to do a live version of Light eating a potato chip (a scene from the anime) would be too ridiculous unless it had an anime-like framing.

Scott Pilgrim vs. The World is a good example of how to take a 2D art form and translate it well into real life because it understands framing. What could the movie have done, if anything, to be more successful?

Although the anime is only 37 20-minute episodes, it can be difficult to fit it into a 2-hour movie. But having something more in line with the original story would have been a better guide so the movie could focus more on the visuals, which after all is the only reason to make a live action remake.

The cinematography could have been more aesthetically pleasing. And there might have been a better way to introduce Ryuk and other Shinigami so they could be even scarier than in the anime.

While the 2017 Death Note movie isn’t the worst ever made, it had a lot of buzz around it. And there were many unfulfilled expectations. The writers and the director they may have been pleased with what they did, and sometimes the fans will be too, but overall the movie flopped.

It seemed like an uninspired story that was more about money than anything else. The Netflix movie definitely has its own style and charm, but the anime is still superior. What do you think about this debate? What’s your favorite Death Note adaptation?