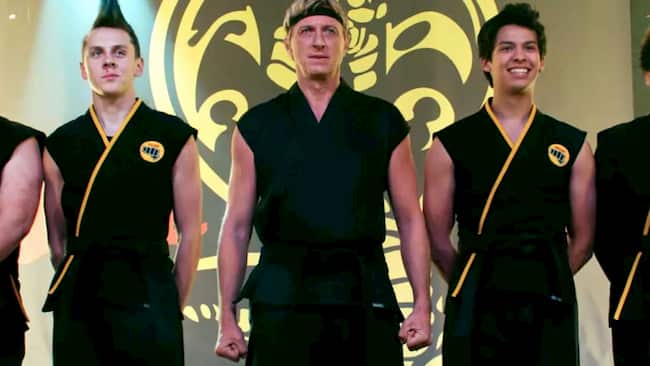 As Netflix did provide the first look of season 3 of “Cobra Kai” in a new trailer, most fans are asking the same question. That is surely when the upcoming season will arrive on Netflix.

Now that the season 1 and 2 of “Cobra Kai” is about to arrive on Netflix, the streaming giant, we all have the same curiosity to know how long you will have to wait for the third part to arrive on Netflix. Fans and viewers who have been following the series since its first debut on Youtube Premium are hoping to watch the series soon on Netflix. Thanks to the new trailer of “Cobra Kai”, we now know when it will arrive.

Recently, Netflix did release the trailer of “Cobra Kai” not only to promote season 1 and 2 but also for providing the first look at season 3. That is all Netflix can specifically provide the viewers with, but at least that is something to hold on.

Fans and followers can get a glimpse of season 3 in the new trailer of “Cobra Kai” on Netflix. In the trailer, you can see that Danial LaRusso did return to Okinawa, Japan. All the Karate Kid fans will remember it from the Karate Kid 2 that Danial did travel there with Mr. Miyagi. Also, we know that Danial is going to learn some serious secrets about his former sensei in the upcoming season. Of course, we do not about what those secrets actually are.

The trailer surely did not hint at the status of Miguel as he needs to get hospitalized in the previous season finale. There is not a lot of information to take in from the trailer of “Cobra Kai”. But one thing is sure that the upcoming season will be more entertaining and amazing. Also, people can be able to stream the first 2 seasons of “Cobra Kai” starting 28 August, Friday on Netflix.

Season 3 of “Cobra Kai” will not be so far after the release of the previous two seasons. The next part of the series can be expected to release in mid-2021. Until then, you can stream the last two seasons of this amazing and thrilling action series.