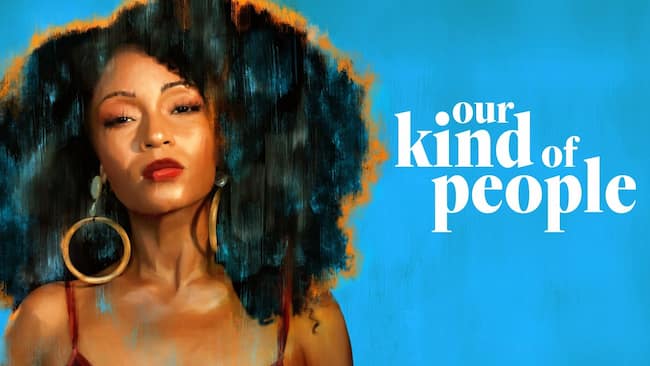 It is an American drama series created by Karin Gist and Wendy Calhoun. The concept of the drama is taken from the book of best-selling author Lawrence Otis Graham’s book having the title – ‘Our Kind of People: Inside America’s Black Upper Class’. Season 1 was exclusively released on Fox on 21st September 2021 and it contains 12 episodes.

The book we mentioned above, is written with facts and research, however, the series is completely fictional and one thing that it takes from the book is the background of the story i.e. ‘upper-class black society’. The main lead is Angela Vaughn, a single mother who is trying and struggling to be part of the upper-class black society. In her quest to do so, she comes to know about the dark secrets of her mother and gets more involved in the same.

What are those secrets and what happens to her? Let’s find out through the story synopsis below. 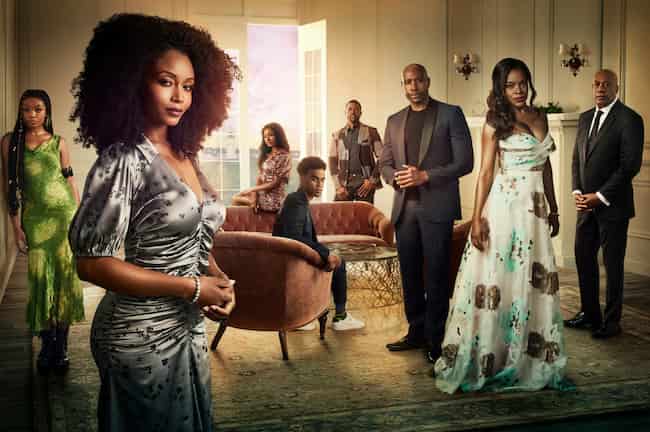 The story is about a single mother living in Martha’s Vineyard, an island with a substantial history of upper-class black society.

The story starts with a single mother Angela moving with her daughter Nikki Vaughn and aunt Patricia to Vineyard. Angela’s late mother used to work as a maid at those upper-class black families there and tells her daughter sitting in the front seat that she knows the place really well.

She wants to pay loving tribute to her recently gone mother, by taking a step ahead in the ‘Natural Haircare line’ at Vineyard. She wants to make her name among those families and wants to be like them in the long run.  Her memory spot hit with Leah and her inferiority because of not belonging to the upper-class society.

As the story moves ahead, Leah and her husband are seen having an intense romance. Not only them, Angela and a businessman Tyrique are also seen doing requisite romance. The whole story gives you one single hint i.e. it’s always Angela vs. Leah.

After being thrown into the world of glam, she unexpectedly comes to know some really dark secrets about her mother. Meanwhile, Leah disappoints Teddy as the chief most of Franklin. Dunpot is put into a chaotic position at Black Dimond Ball.

On the other hand, Raymond is so focused on getting his company back at any cost.

So everyone is struggling because of the same or the other reason. Raymond and Teddy get into fierce conversations about the company. Angela wants Nikki to be the face of Eve’s crown and which mother wouldn’t want it! In her quest to do the same, she forces Leah.

The secret of her mother’s past her haunting her constantly as a hindrance to her success. She is having a hard time dealing with tabloids stating the secrets. Meanwhile, Nikki and Taylor are getting closer and together. Teddy is being informative to Leah about something secretly. Angela’s friend arrives to save her from the struggles she is facing one-handedly. Her friend helps her in the grand opening of Eve’s Crown Flagship store. Angela is also trying hard for Nikki to get accepted into Oak Buff Cotillion.

Angela is not the only one who is facing darks of the past, Tyrique also discovers some harsh secrets about his father. Tedy’s health conditions are worsening and he is trying to get to Nikki and Angela. The family gets together to meet Teddy. Alex confronts Leah on her former marriage. Angela’s aunt is asked for more information and secrets about Tyrique’s father by Angela and Leah. They are quite getting closer over the hatred for the same person i.e. Tyrique.

Teddy’s birthday is celebrated nicely where Raymond is kept at bay and Alex is tried to one-up.  Nikki is seen trying to bond with Nate.

Aunt Piggy splits some more secrets of Angela’s past. Now Angela gives her all into securing the future of her, store’s and daughter’s. Angela gets to do many things as per wish, after the bid week. Leah is facing constant confrontations from Teddy after she tried to ask too many questions to her mother about the night on which Eve was arrested. On the other hand, Raymond is on his mission to take Jack’s Darmon shares away from Teddy.

As the season 1 story approaches the end, Aunt Piggy is seen shocked after watching a familiar face from the past. Looks like death awaits for Franklin and Dupont families. Raymond gets confident and makes an offer to Leah. And on the other hand, Teddy gives an ultimatum to Angela.

READ:  An insider of what we do In the Shadows Season 2

The last episode causes trouble for Angela as she will have to choose between, Tyrique and Nate. In addition to that Angela and Leah get together to find out about Eve and Teddy.

Teddy confesses at that night of Ball about what exactly happened between him and Eve back in 1984. In addition to that after kicking Teddy out, Leah makes Raymond a crown holder.

Would Lean and Angela succeed in their new venture of developing Eve’s crown from the scratch? even after being shot twice mysteriously by a person who was in search of Teddy.

What happens to Teddy, Leah, Raymond, and Angela will be answered in season 2. It is not officially confirmed but we might expect season 2 to arrive in late 2022 or in 2023 beginning.

Let us know your review of season 1 and expectations from season 2 in the comments section and stay tuned for the updates.