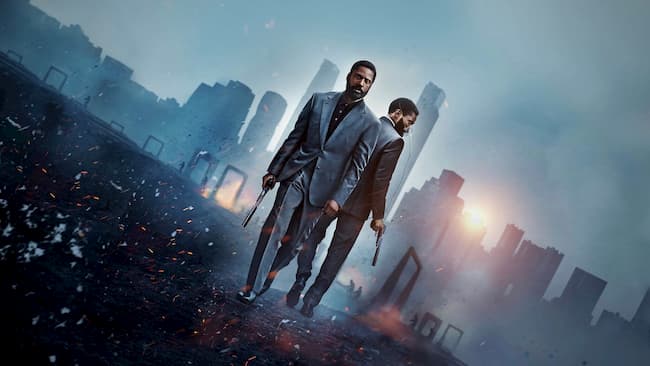 Christopher Nolan’s blockbuster movie “Tenet” will soon be going to release in theatres. Tom Cruise, the Mission Impossible star is going to promote the movie and will specifically watch it in a theatre.

On September 3, the upcoming total action and thrilling blockbuster movie “Tenet” is going to release in theatres in the US. There will not be any lack of popularity or viewership as one of the most popular and amazing stars, Tom Cruise is lending a hand in promoting it. In order to do viral marketing of the upcoming movie, Tom Cruise with his MI movie director Christopher McQuarrie will go to a cinema to watch the film on a big screen.

Tom Cruise and McQuarrie Promotes By Watching “Tenet” In A Theatre

Tom Cruise and McQuarrie are remarking that it will be good to watch a movie again in a cinema after so long time. Due to the coronavirus pandemic, most theatres were on shut down mode to keep social distancing among people. It is sure that they both are going to watch the movie intently to know about how the movie “Tenet” will perform in theatres. Also, their review or any comment on the movie can have a huge impact on how the industry will react. Tom Cruise and McQuarrie were wearing masks and it seems like they were successful to go unnoticeable for the public screening of the film.

“Tenet” is a 2020 spy film for which Christopher Nolan is a director and Emma Thomas is a producer. This amazing and thrilling film features Robert Pattinson, Elizabeth Debicki, John David Washington, Clemence Poesy along with other talented actors. This movie has gone through the delay in its premiere for multiple times before Warner Bros. decide the release date. While “Tenet” is going to release on 26 August in Australia. Unlike Scoob!! (2020), the movie studio is holding out its ground and moving forward to a theatrical release.

US fans are eagerly waiting for “Tenet” to release in theatres. It will surely leave the audience with the thrill, excitement, and breathtaking experience. Make sure to watch this blockbuster movie “Tenet” in theatres on 3 September.