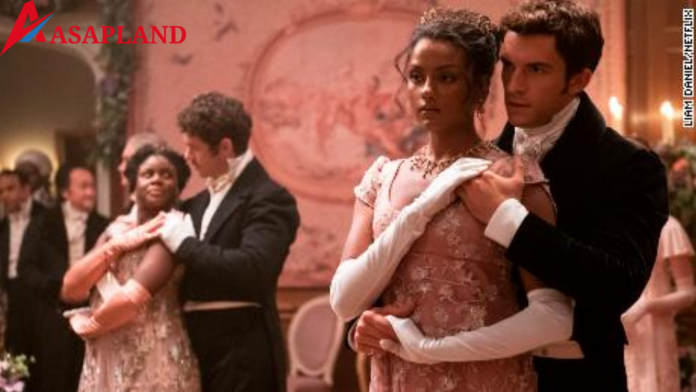 Bridgerton Trailer For A Brand New Season 2 Is Finally Out

The teaser for Bridgerton season 2 has been posted on Netflix. The period drama’s first season, which was released in 2020, bagged more than ten Emmy nominations and quickly became one of Netflix’s most popular shows.

In the tone of Lady Whistledown, Julie Andrews asks, “Dear gentle reader, did you miss me?” in the Season 2 one-minute promo.

Whistledown is the writer of a newspaper comprising controversies and scandalous gossip that exposes all the wealthy’s secrets.

As the upcoming season of social galas approaches, the Lady says she has been polishing her abilities, or, to put it another way, she has been ‘sharpening her blades.’

The short trailer for Shonda Rhimes’ period drama shows intense interactions between the characters and teases shocking links between them.

The short clip depicts the ton’s preparations for the upcoming social season. Meanwhile, viewers are briefly introduced to the Sharma sisters, who will both be caught up in a complex love triangle with Anthony.

At the end of the teaser, Penelope is also seen writing as the town gossip. This continues the storey of Penelope’s identity as Lady Whistledown, which was revealed in the season 1 finale.

The second season of Bridgerton — which premieres Friday, March 25 and is produced by Shondaland and adapted from the Julia Quinn novels by Chris Van Dusen — revolves around Lord Anthony Bridgerton, played by Jonathan Bailey, the eldest Bridgerton sibling and Viscount, as he seeks a suitable wife.

When Kate Sharma, played by Sex Education’s Simone Ashley, and her younger sister Edwina, played by Alex Rider’s Charithra Chandran, arrives from India. Anthony’s search for a debutante who satisfies his high standards looks not so unfortunate after all.

Hence, Kate is determined to do everything she can to prevent the marriage. However, the verbal sparring matches between Kate and Anthony only serve to pull them closer together, further complicating matters for both parties.

Meanwhile, the Featheringtons must let in the newest heir to their home across Grosvenor Square. Penelope (Nicola Coughlan) continues to manoeuvre the tonne while keeping her greatest secret hidden from the people closest to her.

Daphne Bridgerton (Phoebe Dynevor) and her fascination for the Duke of Hastings (Regé-Jean Page) dominated the plot of the first season.

Although Page moved away from the programme after much speculation, Dynevor will return for the second season.

Bridgerton is a rom-com original series scripted by Chris Van Dusen on Netflix. The show is produced by Shonda Rhimes, an adaptation of Julia Quinn’s novels.

The first season smashed the streamer’s viewing records and is now one of the most-watched series of all time, lining right after Squid Game. Bridgerton has already confirmed the renewal for two upcoming seasons. On March 25, the second season will release globally on Netflix.