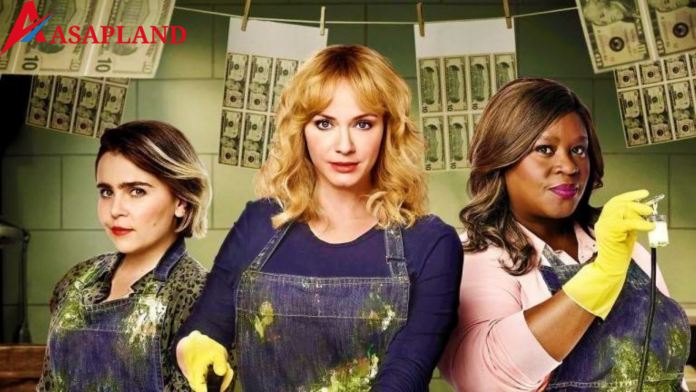 On March 7, 2021, Good Girls Season 4 premiered. Regrettably, some Netflix subscribers, notably those in the United States, will have to wait a long time for the series to be on the platform.

And now that the series is due to premiere in March 2022, the show is almost near to a release. People who have watched the show, on the other hand, are left with an interesting question. Is there going to be another season of Good Girls?

Jenna Bans created the sitcom, Good Girls, revolving around a close-knit group of three women named Ruby, Beth, and Annie. They intend to rob a nearby business because they get the bare minimum with hard work and following the rules.

Financial circumstances are the main reason for their distress. Due to this situation, their lives are transformed in ways they cannot fathom. On February 26, 2018, the premiere episode of this criminal drama aired.

The cast members have earned a lot of praise for their performances, but other critics believe the plot does not do them justice.

Despite this, critics complimented the series’ rapid pace and the characters’ interpersonal closeness. Despite its darker parts, the show conserves a sense of humour.

According to sources, NBC networks and Universal Studios, which produce the show, were hoping to wrap up the saga of the Good Girls with a fifth season, but funding fell through. It’s possible that this is related to the show’s declining ratings and audience.

The fourth season currently has an average of 1.5 million viewership, indicating that it has the lowest overall audience of the 14 dramas that have aired on NBC this season, and viewership has declined dramatically since season 3.

It turns out that Netflix would not be given the opportunity to relaunch Good Girls because the show’s cancellation was not the result of NBC’s choice.

The aim was to keep the programme alive with a final season 5 comprising eight episodes, according to a thorough exclusive report from TVLine in July.

According to their claim, the decision was based on money, artistic issues, and schedule, with many sources claiming that renewal reached a major hitch by June when adjustments with actor Manny Montana didn’t exactly go well.

They also mention issues with Christina Hendricks and Manny Montana’s relationship but finally determined that too many factors made the show unrenewable.

Now to the part of season 4, the series is labelled as a Netflix Original in most territories outside of the United States. Of course, it falls within the Netflix category of exclusive international distribution.

As previously stated, Netflix does not receive weekly episodes as it does for certain other shows. Season 4 of Good Girls premiered on Netflix on August 31st, 2021, in the United Kingdom, Canada, and Australia, after a long delay.

It works because NBC premiered the show on a specific date and then made it available for a year on the NBC app. Netflix receives all episodes precisely a year after the first episode airs. As season 4 premiered on March 7th, 2021, the show’s now final season will premiere on March 7th, 2022, on Netflix in the United States.