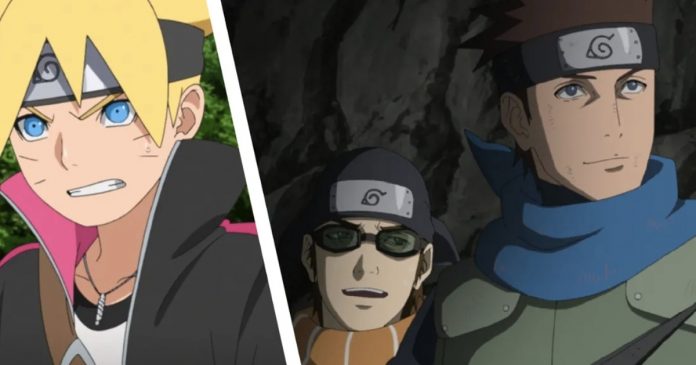 Warning! The following contains spoilers for Boruto: Naruto Next Generations Episode 193, “Coexistence”, now airing on Crunchyroll. In it anime of Boruto, the story gives much more information about Mugino, one of the most trusted soldiers of Naruto, unlike the manga, where it was basically overlooked.

The result is that when Ao killed him in Kara’s name, Mugino had already turned into an older brother-like figure to Boruto, which made his loss hurt that much more.

Now, episode 193 of the serie shonen shows the aftermath of the Mugino’s tragic death when Boruto returns to his apartment to cry, unaware that another ally is about to show up to do the same.

Mugino in the Boruto anime

Before he died, Mugino taught Boruto a lot in this apartment about social equality, as it basically had nothing to do with donating all his earnings to charity. Mugino was a war orphan and a murderer, as well as a child soldier that the Third Hokage, Hiruzen Sarutobi redeemed and brought the Hidden Leaf.

Sadly, the Third would die before seeing the reformed Mugino again, but this inspired him to work with Konohamaru, Hiruzen’s grandson, and help improve the village. Seeing the empty apartment hits Boruto hard in this latest episode of the anime.

Mugino really was the best mentor he ever had. And so, in his memory, Boruto decides to feed Mugino’s turtle. He recalls how Mugino gave him flowers for his mother’s birthday, a sentimental respite from Boruto’s usual jokes about ramen with Team 7.

This is when Konohamaru appears and is surprised to see Boruto there, as he did not know that Boruto and Mugino were so close. The boy explains to Konohamaru why Mugino (who did not believe in material things) kept the apartment empty, and Konohamaru realizes.

Naruto’s son even knows where the floors are weak. Although Konohamaru can tell that even his relationship with Boruto isn’t that brotherly, he loves that it shows Mugino’s human side, something he didn’t see much of when he was alive.

The two exchange Mugino stories, with Konohamaru mentioning that Mugino was always broke at the bar, and the two laugh. But when Konohamaru finds a photo of his grandfather, he begins to wonder how much he didn’t know about Mugino.

Boruto doesn’t give him the full story as it’s not his place, or maybe he doesn’t think it’s the right time, but he admits that the Third was an important factor in Mugino wanting to be a hero. Given the he sacrificed himself, in the same way, it is bitterly poetic.

But ultimately, they both know that Mugino would be proud of being able to help them get Kawaki back. While they close the session, the turtle continues to bite Boruto, he is kind to Konohamaru, who decides to adopt him.

In the end, Konohamaru reminds Boruto that he has another older brother nearby. Honoring Mugino’s memory and legacy will be something you do together. The Truth News reminds you that Mugino first appeared in episode 158 of Boruto: Naruto Next Generations.