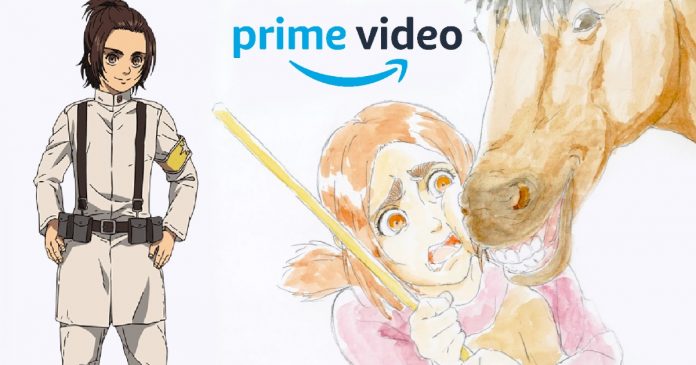 The fourth and final season of Shingeki no Kyojin is broadcasting new episodes every week. However, his recent episode 70 was the subject of controversy in social networks and was finally removed “temporarily” from Amazon Prime Video Japan.

The streaming site received heavy criticism for removing the recent episode of Attack on Titan: The Final Season to later upload it again. This action could be a platform error, but a large number of users in Twitter they have their own version of events.

The Truth News previously reported, that the voice actor Yuji Kaji (Eren Jaeger) shared a message on Twitter about episode 70 and here he mentioned to fans that they have “a chance to realize something”; which was misinterpreted in the worst possible way.

The episode titled “Impostor” showed a scene between Kaya and Gabi Braun where the two discuss the conflict between Eldia and Marley. The above (as fans write) looks like the Japanese anti-imperialist sentiment felt by many Korean people.

READ:  Mario Lopez Is Trapped Because of The Gender Comments

Some translations of tweets say that “Gabi is spoken of as a Korean with an anti-Japanese upbringing.” Another user commented, “I didn’t think of Korean when I saw it, but it’s true that I can’t see episode 70 on Prime Video. Is this really the cause?”

Attack on Titan creator Hajime Isayama has shown that his work is based on Japanese expansion during WWII. This war affected and practically destroyed the relationship between Japan and Korea for many years.

To this day, there are many people who are sensitive to remembering the past and Amazon may have wanted (in its own way) to empathize with users by “temporarily eliminating” the episode 70 from the anime. Then we share his response on Twitter:

“Thanks for using Prime Video. Excuse me, but now you can watch ‘Attack on Titan Episode 70’. We apologize for any inconvenience.”

Some fans may think of a mistake on the part of Amazon and others in the controversy over Japanese imperialism. The real reason is unknown, but if there is no doubt about something, it is that Shingeki no Kyojin is a manga and anime program that moves everyone with each new chapter.