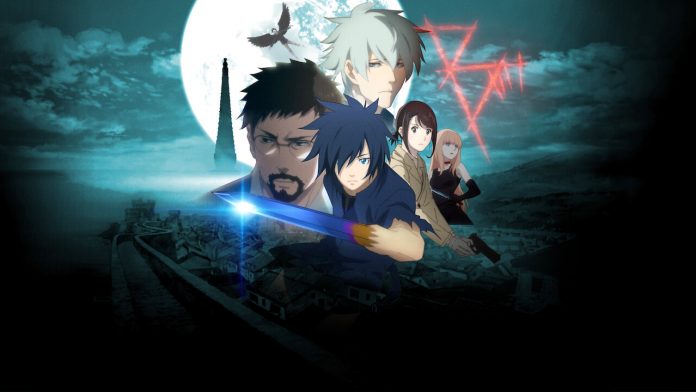 It’s been exactly 3 years since Kazuto Nakazawa had had the opportunity to show his creature to the international public, the anime created together with the Production IG studio, B: The Beginning, the result of the synergy with Netflix, which has been working for some time to relaunch Japanese animation on its catalog.

The first season of B: The Beginning, although not suitable for everyone, had shown excellent narrative ideas that, on and off, had convinced us. The authors of the project (in addition to Nakazawa, it is also fair to mention the writer Katsuya Ishida), had been able to give life to a vast world full of discoveries, supported by one lore deep, and a series of fascinating mysteries yet to be uncovered. All combined with a brilliant technical and artistic sector, which had given the work a unique aspect of its kind. The character designer Japanese has therefore returned to expand his creative universe with B: The Beginning Succession, an “atypical” second season, consisting of only six episodes. How has the veteran Production IG studio fared? Will it have created a compelling sequel? Let’s find out together.

Return to the Kingdom of Cremona

The setting of Succession is the same as the previous season: we are once again in the fascinating Kingdom of Cremona, built and created with the intention of recalling the viewer’s memory of places and atmospheres typical of Italy, and of Lombardy in particular. Despite the events of the first story arc, very little seems to have changed in Cremona. The bungler Lily continues to make trouble, the dark and charming Koku has resumed a normal life, finally together with his beloved Yuna, and Keith Flick is always grappling with new cases, preferring the lone wolf job to collaborating with the talented RIS. . A catastrophic event, however, seems to want to upset the balance of the whole Kingdom. Kirisame – one of Koku’s old friends, apparently dead after the attack on White Cage – shows up in the presence of the Black-Winged King, to close some outstanding accounts between the two. The young man would like to bring his ex-partner to his side, but after the latter’s clear refusal, Kirisame decides he wants to take revenge for the countless sufferings he had to go through during his life.

The plan of the team led by the evil character concerns the Keith Flick kidnapping, and the ransom price is high: the now ex-Killer B must commit a terrible crime, to get back his Canopo. This is the trigger event of the whole plot of the second season, which moves between the desperate attempts of Koku, Yuna and Lily to find Keith, and the efforts of “Genius” to free himself from the deadly prison in which he is locked. It could be said that, in fact, saving Flick is the only relevant element of the narrative: in the short time available, it would have been difficult to be able to carry on other ideas than the race against time of our heroes. Among the first problems of Succession, we find precisely the management of the story. What had fascinated the most about the plot created for the opening episodes of Nakazawa’s anime was, without a doubt, the complex structure of the plot, its dark points to discover, and the continuous twists that changed our perspective on the events at which. we witnessed. Elements that, in the new six episodes, are completely absent: the development of events is linear, there are no sudden changes of pace, the facts come to light

READ:  When Will Bad Moms Be On Netflix:- Watch Bad Moms

without particular reversals in front. The impression we have, having reached the conclusion of Succession, is that, rather than having given birth to a new chapter, the whole season seems more conceived as a compendium of what we had already seen. Maybe it will be an extreme definition, but a similar story could easily be used as an OAV, or for a film dedicated to the series. After all, the fact that 6 episodes represent about two hours of viewing strengthens our idea, and that is that the sequel to B: The Beginning would have made more in film format.

In addition to what has already been highlighted, one element that we have not appreciated this season is the complete lack of character evolution. Considering the little screen time at the disposal of each of the protagonists we obviously did not expect all the introspection that took place during the first part of Koku’s adventure. However, this does not justify theseverely limited their ability to evolve, through emotionally powerful moments, or important revelations: at the end of the second cycle of episodes, all the figures we already knew remain the same as they were before and, indeed, for some of them it can be said that they have taken a step back from the point of character sight.

READ:  A Fortnite player builds Lara Croft's mansion in the game and earns the respect of the community

Even the narrative system is not completely in focus. Much of the time is spent looking for Keith Flick and his confinement, giving the impression that there were no other ideas behind it, and that the endless minutes spent observing a deadlock are used as a filler to get to the bottom. to the time allowed for each single episode. The real important clips, the ones that should allow us to explore thoroughly the relationship between Kirisame and the Black Winged King, are relegated to very short stages, which among other things do not add much to what we already know. Moreover, the very machinations of the villain seem rather smoky and unclear. Sure, a little cliffhanger, at the end of the season, it seems to open to interesting implications (we obviously expect a third narrative arc, sooner or later); in reality, this twist does not happen in a coherent and reasoned way, leading us to think that it was inserted only to reveal the intention to create a sequel, to want to keep us in suspense.

Another serious lack, the experimentation work on genres. We had very much appreciated Nakazawa’s willingness to go outside the box, and to make it impossible to define his product through fixed fees. To the classic elements of the detective thriller were added, with the progress of the episodes, shades of battle shonen with some fantasy tips (which sometimes bordered on horror), capable of enriching an ever-new, wide-ranging narrative, characterized by a very tight and precise writing, with attention to every minimum aspect. Succession, on the other hand, does none of this.

His stylistic framework always remains the same, simplifying the themes and ideas that had characterized thestarts of the story, showing a lack of bite that results in a flat and linear course of the story. It is difficult to understand if this is due to a desire to facilitate the usability of complex B: The Beginning, or if it was a choice dictated by the lack of interesting ideas. For the rest, Studio IG’s work is still flawless. The fights are thrilling and spectacular, and some are even better than those seen during the first season. The protagonists they have kept their irrepressible and charismatic personality, and the episodes manage to convincingly alternate moments of pathos to funny and ironic moments. The dialogues are always brilliant, and they never bore us, even in the face of a not particularly fascinating story. Surely, then, the Kingdom of Cremona remains one of the most positive traits of the entire production: in addition to the beauty of the setting, the effort made to create a world that is alive and characterized in all its facets. The atmospheres are original, they remain suspended between oriental delicacy and European architectural rigor, in a splendid and unique combination.

READ:  the guide with everything you need to know about the 93rd gala of the most important awards in Hollywood

The best side of B: The Beginning, however, is the incredible art sector. It is worth admiring Nakazawa’s creature for the valuable trait, for the accuracy in the design of figures and places, and for its unmistakable style. The characters are all enhanced by various distinctive traits. Tremendously fascinating, as always, the representation of new “heteromorphic” race of living beings, the most powerful angels that we already knew well, who appear more and more complex and splendid in their aspect. The animations also raise the bar even higher than what we saw three years ago. The fast and dynamic visual style, already strongly devoted to frenzy and action at the time, is now also much more refined.

The soundtrack continues to be of great impact. Despite having kept the same intro, it is in the closing theme that we find a pleasant novelty, with a theme – this time in Japanese, the splendid Be Down of the singer ACCAMER – that brings Nakazawa’s anime closer to the kind of Japanese production we are used to seeing usually. The other music remained those that had characterized the first cycle of episodes, functional to perfectly accompany every moment of history. To conclude, Succession is certainly a season that confirms some of the strengths of the franchise by B: The Beginning. However, several other elements, which characterized the first narrative arc seem to have completely disappeared. The most serious lack is that of not having followed up on the psychological deepening of the characters, remained almost crystallized, immobile, compared to what we saw three years ago. The hope is that Nakazawa will take a cue from this attempt that was only partially successful to follow up on the story of Keith, Koku, Lily, Yuna and all the other inhabitants of Cremona, and come back with a third season able to bring B: The Beginning back to the glories of its glorious past.