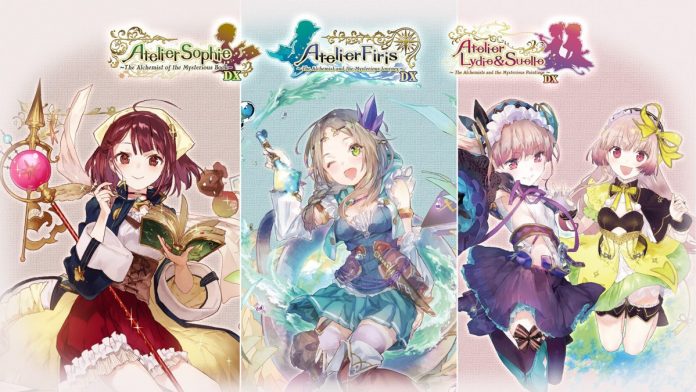 Disconnecting is something that almost everyone needs at some point, especially in times of stress in which we are subjected to the pressure of life. This is when it is usually healthy to look for escape routes that help us relax, evade reality and stop thinking about those circumstances that overwhelm us so much. For this, almost any distraction that one feels comfortable with is valid, the only requirement is to connect with what we are doing in such a way that we manage to create a bubble that excludes us for a while from the, sometimes tedious reality. In that position, we may not want to get into entertainment products that tackle big issues in a thoughtful way, or that we do not want to navigate an overwhelming, dark and complex plot. We may simply want to spend a pleasant time in a refreshing and quiet place, and have fun with somewhat demanding challenges (but not too much), as we enter a plot that tends to simplify the big issues of the JRPG, such as politics or religion, to focus on less epic plots. If we are at that point, Atelier can be a good place to go, a space where good vibes are presented as a common denominator. And if you are thinking of entering their worlds of fantasy and color, this Atelier Mysterious Trilogy Deluxe Pack, or any of its titles (they can also be purchased individually), are options to consider.

The basics of the saga

The Atelier saga carries among us more than 20 years and has more than two dozen titles behind their backs. It is true that it does not enjoy the fame that precedes other veteran Japanese role-playing series, but that is a fact that we must read in a Western key, since in Japanese territory it is a safe value that works on delivery per year. Whether it is for its aesthetics, its approach or some design decisions that can intimidate an indecisive consumer (such as deadlines in the plot), we are talking about one of those names that is difficult to enter. However, this series hides more benefits than may appear at first glance, being able to surprise more than one.

For those not versed in the matter, it should be clarified that the saga has been articulated, since the days of PS2, in trilogies. The last three have been those of “Arland “,” Dusk “and” Mysterious “, the one that concerns us today. All titles begin in a similar way, alluding to the common elements that define them, such as beginning with a young alchemist who takes her first steps in this complex art. The reasons for making this decision usually range from personal interest to the needs of third parties, but Forget the usual plots that lead us to save the world, here everything is usually more mundane despite magic and sorcery. From there, the titles usually have a strong component of crafteo, which we will apply to your alchemy systems, and with some Turn-based fighting that, despite having its peculiarities, is usually quite traditional.

The latest trilogy is composed of Sophie workshop: The Alchemist of the Mysterious Book (2015), Atelier Firis: The Alchemist and the Mysterious Journey (2016) and Atelier Lydie & Suelle: The Alchemists and the Mysterious Painting (2017). Turns out that “Atelier Sophie” constitutes one of the best entry doors for the saga for several reasons. The first is that, contrary to what happens with other games (“Firis” among them) does not have a deadline for the completion of the main mission. This mechanic, one of the ones that most intimidate new players in the saga, is given by one of the defining characteristics of these games; the existence of its own calendar and its own time system. In “Sophie”, for example, as soon as we begin, they will clarify that the weeks have 5 days, the last two being holidays. This has a direct impact on the game system, since depending on the day of the week we will meet the NPCs in one place or another. What’s more, as we carry out different actions, we will consume adventure time, which is not a drama in Sophie, since it does not have a limit, but it can be, as we have pointed out before, in the second part of this trilogy.

The second motif refers to the systems of alchemy and combat. Alchemy is the sea of ​​balance on this occasion, proposing a system that It is not the most complex, but it turns out to be deep enough to catch the attention of the current user. In short, “Sophie” It has a successful balance between accessibility and complexity, something that is accompanied by a charismatic protagonist and a very attractive group (chatty book included). With regard to the two titles that complete the pack, we will come across proposals that evolve the systems seen in the previous one, something that “Firis” (as usual in the series) does through the introduction of the protagonist of its prequel (“Sophie”) as a secondary character.

The craft of alchemy

The presence of an alchemist as the protagonist completely shapes the systems and activities of these titles. Half of the game will consist of exploration, combat, and ingredient gathering that facilitate us the main task of the other half, improvement in our new job. The synthesis of elements to give rise to new objects is its central pillar. During the adventure, we will learn different recipes that we will prepare in our workshop. For this we must select the appropriate materials taking into account both their quality and their special effects, which will vary the final result of the work. Once selected, In “Sophie: The Alchemist of the Mysterious Book”, we must choose the order in which to throw the ingredients into the cauldron, something that we will do through a puzzle of squares that forces us to take into account the placement of each of the elements to take advantage of the effect enhancers. It is a system that usually varies in each game, but always respects its basic fundamentals, so that once you have learned how one works, it is easier to face the rest.

Regarding combat, we could start by saying that it is the most traditional approach and we would not lie. However, within that normality, he manages to introduce two characteristics that give him some personality. The first is the importance and relevance of the objects, which can easily decide battles in our favor, something that gives alchemy a lot of flavor as a central element. The other aspect is shift position bar. During combat (as well as during exploration) our actions will consume time. This means that When deciding what action we want to carry out, we should not only be aware of the PM meter, but we will also have to pay attention to time consumption of the action itself, since if it is too high, our character will be at the end of the turn and, when the time comes, he will have already received the attacks of his opponents. This mechanic is one of the most interesting points of the saga, and it has become even more relevant in the last installments (“Ryza” Y “Ryza 2”) due to the swaying of the alchemists, who have been weakened in melee compared to previous deliveries.

All three reviews feature the usual upscaling in resolution and frame rate. On PS5 they look incredibly sharp and move like angels, something that helps to highlight its coloring and its adorable aesthetics. As for the extras, we have more than twenty new suits between the three titles, new areas in each one of them, an unreleased event for “Sophie” titled “Sequel Episode”, an additional difficulty level, new playable vehicles and characters for “Firis” and new missions for “Lydie & Suelle” that they will connect with Nelke & the Legendary Alchemists (spin-off of the franchise).

All this offer rests on a tone and a spirit that are one of the main hallmarks of the product. This carefree atmosphere has its germ in the illustrations and character design, which on this occasion have been carried out by Yuugen (“Outbreak Company”, “Cross x Regalia” y “Bravely Default”) y NOCO (“Taisho Fantasy Sorcery Tale: Fallen Maiden Genocide”). Both have been in charge of perpetuating the carefree spirit that has accompanied each installment since its premiere on the original PlayStation. We talk about video games of a happy nature, which place a lot of emphasis on building a sweet, welcoming and friendly environment, although always from the point of view of Japanese marketing. That can cause many players to clash with their aesthetics. cute, However, if one knows what is coming and is carried away by the proposal, one will find a series of systems that invite to burn the hours in them with no more pretense than to spend some time distracted.

It must be clear that here it is not aimed at great feats and internal revolutions or existential reflections are not pursued. Atelier offers us a fantasy world full of color, catchy music and idyllic spaces. Nor will we find a deep and brainy combat, nor a plot full of tension and unexpected twists, just as we will not come across some remarkable animations or a technical section at the height of the times. But the saga knows how to manage to have a series of elements that make it unique and separate it from the rest of the proposals. Its time management, the particularities of its combat, its alchemy systems and its characteristic tone make it a product with its own character.. The negative part of these reissues is found in the price, surely they would have been more appealing if their cost, both separately and as a whole, were somewhat lower. Even so, If the idea appeals to you, this compilation is a good way to get into the franchise, as long as you get along with English and are clear about what you are up against. If so, here is a space to disconnect from day to day while immersing yourself in a series of JRPG’s that carry good vibes as a flag.