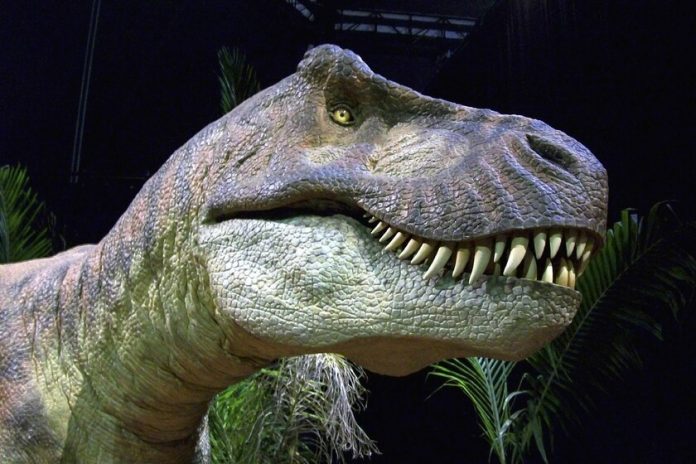 Perhaps running away from a tyrannosaurus would not have been as risky as it was painted in ‘Jurassic Park’. Well, it would not have been a pleasant situation with teeth of about 14 centimeters catching him hungry, but the fact is that now a scientific study suggests that the Tyrannosaurus rex they walked slower than we weighed, probably even at our speed.

Taking out of 3D renderings and taking into account your anatomyApparently the king of the Cretaceous carnivores moved on average with a rather low speed. This is something that perhaps changes a little the preconceived image that many of us had of it, assuming that, although without being a velociraptor, the tyranosur reached considerable speeds. Although we will see that this does not mean that when he had to run, perhaps he was running.

Maybe you walk faster (if you are not in a hurry)

Something should not have fitted for the researcher Pasha van Bijlert and his work colleagues with the recreations of the tyrannosaurus in movies or video games (even in Chrome’s), who began to study its displacement. Their extinction 65 million years ago complicates matters quite a bit, so they opted to create 3D models.

Van Bijlert and company started from the skeleton of Trix, which is what the skeleton of the female tyrannosaurus in the museum of the Naturalis Biodiversity Center (in the Netherlands) is called. To this bone structure he added tissues (a complete locomotor apparatus), to calculate the speed of its displacement. 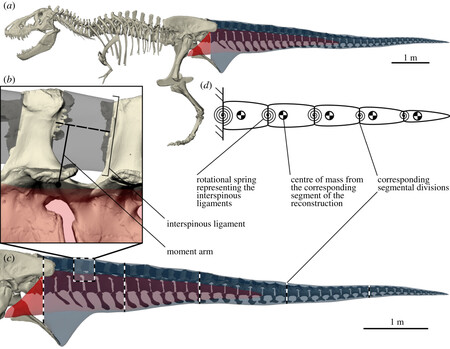 Based on all this, they concluded that the T. rex was moving about 4.61 kilometers per hourm what comes to be an average even somewhat lower than that given by the step (walking) of the horse (about 6 km / h) and the human being (about 5 km / h). That at least alluding to the normal walk, not so much the trot.

The tail would be a key element for locomotion, not only at the anatomical level, but also metabolically. According to this team of researchers, the tail would sway, not so much from side to side but from top to bottom, so that would help save energy to the organism.

In fact, it is this point on the tail that makes a difference compared to previous studies. When the roll is taken into account, the speed they have calculated this time is somewhat lower (and of course in the demo video it even exudes some parsimony).

Maybe he wasn’t always so calm

It is very curious and interesting that relatively new technologies help us to solve doubts from the past, although 100% certainty is not usually achieved either. But 3D models They tend to be very useful in current research, also those based on “bugs” as current as the coronavirus, as we already saw with this incredible representation.

Speaking of this study, the researchers say that you have to walk with lead feet with the conclusions (we had to say it), since they continue to study the movement of this saurian and still it remains to determine the maximum speed, and we could still be surprised (and think again about those hurried getaways in the movies). After all, not long ago we blamed the T.rex of the disappearance of many species at the time, so perhaps it was not going so slowly.

READ:  The new Chromecast with Google TV is a complete 4K Dolby Vision multimedia center for 64.99 euros at MediaMarkt