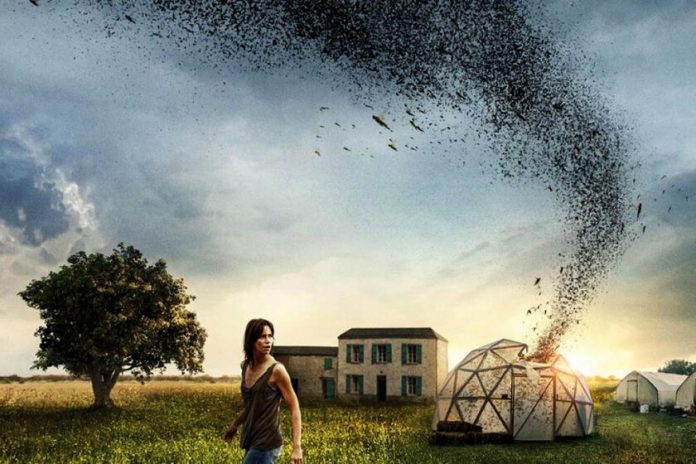 ‘The cloud’ (la nueé, 2020) is the first feature film by Just Philippot, winner of the special jury award and the best female performance at Sitges 2020, hits Spanish screens offering an alternative to the traditional terror of scares that usually populate billboards. Under a prism of drama, this proposal from France reminds us that the genre still has other ways of creating the creeps.

within a new gender movement with more social and ecological significance, ‘The Cloud’ follows Virginie (Suliane Brahim), a mother who raises her children alone and decides to start raising edible grasshoppers to save her farm from the brink of bankruptcy. A movement as idealistic as it is desperate that is not so easy to carry out, since the first hatchlings are fragile and their swarms die early, which prevents them from guaranteeing a constant and quality production.

In the midst of financial desperation, he will discover an unexpected ingredient to make the biggest and toughest grasshoppers, blood. This means that in his spiral of obsession he forges a strange bond with his insects while his plans are increasingly seen with greater misunderstanding by his children, clients and acquaintances. The structure of ‘The Cloud’ has a bit of ‘The Mosquito Coast’ (Mosquito Coast, 1986) by Peter Weir, which followed a man with an idealistic obsession that dragged his entire family.

In fact, throughout the film there is a fatalistic atmosphere, an idea of ​​evil to come that Virginie seems to be catalyzing in her own conviction, an idea of ​​calm before the storm that is also reminiscent of the environmental premonitions of ‘The Last Wave’ ( The Last Wave, 1977), only this time, the idea of Salvation (a greener production farm) will become punishment itself, like a biblical plague, a punishment for the indiscriminate exploitation with which man is destroying the planet.

But Philippot’s film does not crush these ideas in its script, but rather allows it to infiltrate a film with codes of social drama about a courageous mother whose mind begins to fracture, something for which the limitations of the system play in favor. of French production, with a reduced budget distributed to the minimum, so sci-fi elements are drawn on the backdrop this French agricultural world devastated and abandoned by successive governments. 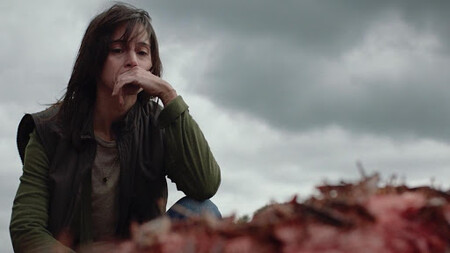 There is certainly a metaphorical meaning in the fantastic element that helps to give a layer of prestige that consolidates the idea of ​​the distrust of the French public towards genre cinema, but at the same time it is functional to bring a visual restraint to implement the atmosphere of a more intangible threat, but it does give the impression that the final part of the film could have taken place sometime in the second act, a bit in the style of ‘The Birds’ (The Birds, 1963), but this structure is pushed until the final moments.

In this way, this irruption of something expected simmers the tension, but at some point it becomes muddied in an unorganic way, as if under the cloak of a study of the decline of the female character a la Roman Polanski If it were really to avoid that the events become too spectacular for a limited budget, this generates certain situations of reiteration that a family drama very limited to a conflict cannot solve.

The DNA of 70s science fiction

However, it does achieve that the story has that trace of inevitable tragedy that leads to an inescapable rebound catastrophe, so the development leaves an interesting social and ecological ideology that is more interesting to remember and debate after seeing the film than in the viewing itself, and this is partly because of the credible character that makes up Suliane Brahim, whose performance is key to the success of such a risky proposal.

READ:  They create a new ending for Resident Evil 3 through a mod that also adds content to the game

And although the special effects are not the protagonists, the reduction of scenes that present the swarm in sporadic sequences are well carried out and are doubly realistic thanks to the naturalistic approach of the film, from the good use of the off-field to the grotesque representation of the result of carnivorous feeding, with a development that takes film tropes as ‘The shop of horrors’ (Little Shop of Horrors, 1986) or the French’Baby Blood’ (1990).

A relatively minimalist apocalyptic ending, makes’Cloud‘in a courageous proposal that wants to go beyond the festival film frames and connect with great classics of fantasy –it is still a modern version of’ Color Out of Space’– with 70s sci-fi and ecologist entomological film touches, since ‘The Helstrom Chronicle‘(1971) o’Phase IV‘(1974) to even’ When fate catches up with us’ (Soylent Green, 1973), but its stance of serious European drama seeks an importance that limits its own possibilities of being a truly compact film.