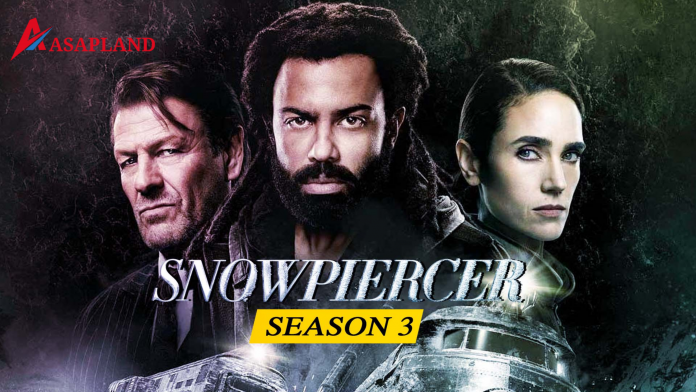 The Tortoise And The Hare: What Happened In Snowpiercer Season 3 Episode 1?

Claustrophobia might be the only clear concept put together in Snowpiercer. Given that all the occurrences are happening on the train, there’s not a chance to be alone. At least that’s what season 3 of Snowpiercer is all about.

You can grow plants, party, dance around, and do whatever in the futuristic train. Everything looks easy on the outside until you are in charge of getting rid of Mr Wilford, who wants to suck the lives of people from the lower class.

Most of the characters in Snowpiercer are infused with tension. However, when they are not around tension, they are supposedly falling into trouble. Tense scenes are much safer because isolation indicates traps.

Well, nobody really stands a chance against the Snowpiercer. In season 3, every compartment is seized with crowds, getting elbowed, pushed or hiding from the guards, everything is loud and clear.

Leading is difficult, as it usually is. It makes little difference whether you’re ahead three thousand or seven, as this example shows.

Layton’s closest allies operate his pirate train, but it also transports a captured Miss Audrey as proof that Wilford would look after the people of Snowpiercer.

There’s also Sykes, Wilford’s former muscle, and, shockingly, Martin Colvin, who had the misfortune of being asleep in his First-Class accommodations when they escaped.

Bennett enlists the help of Till, Alex, and Layton to begin taking ice samples outside. Given the planet’s increasing temperature, they’re seeking a habitable location. They’re continuing the job Melanie started, and it appears they’re making good progress, thanks to Melanie’s study.

However, as the plan progresses, they are swarmed by alarms as the thermal switches blow off the mainline.

Alex asks Layton to back away from the plan. However, Layton has stood his ground and wants to go on for as long as possible. Ben, on their hand, starts to slip inside an underground bunker after colliding in slippery ice floors.

Layton has headed off to save him with gear. Much to Layton’s dismay, Josie joins him. Together they head across the ice to save Ben.

With all the classes infused, the Big Alice is now the working class. Ruth, who also wants Wilford’s unfair system to decline, waits for Layton and others to get back. It’s not long before everyone is Kevin stumbles on the broken samples.

Cleary, Arnaldo Reyes is blamed instead of Pike, who’s to be blamed for sharing the samples. With Wilford’s men investigating, Ruth and Pike head out for an escape.

In Snowpiercer, the situation is quite ugly. With Till being imprisoned, Miss Audrey escapes prison with the help of Martin. Audrey decides that Alex should help Wilford while being in the engine room.

Till, however, manages to knock out Audrey after escaping the cell. Alex is left contemplating their choices. Nonetheless, Audrey manages to pull the train to a halt.

After saving Ben, Layton is attacked by women in red attire and a helmet. However, he fights the woman and takes her back to Snowpiercer. Till the episode ends, we get a mere glimpse of the lady laid out in a bed. What will happen next? Stay tuned for episode 2.