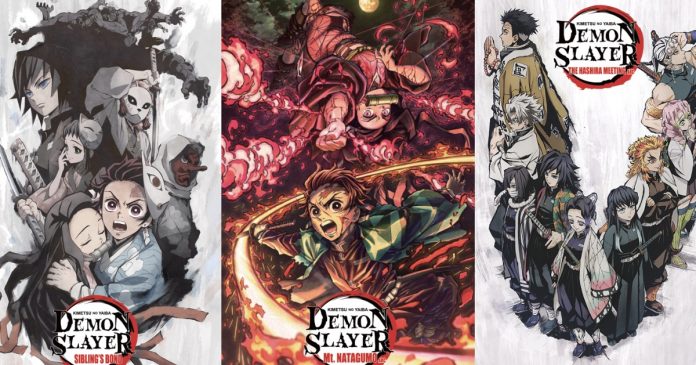 Kimetsu no Yaiba: Mugen Train, the long-awaited first film in the franchise of anime shonen will hit theaters in Latin America later this month, finally giving fans in the West a chance to see the latest adventure of Tanjiro Kamado and his demon slayer friends.

Funimation addressed his official Twitter account to share the news that all three Demon Slayer TV specials will be landing on the streaming platform shortly, recapping the anime’s first season in a much more digestible format. The Truth News He shares the post below:

The first season of the anime Kimetsu no Yaiba told the tragic story of Tanjiro and Nezuko, two brothers who are victims of a demonic attack that leads them to obtain the power to free the world from the demonic scourge.

Unfortunately for Tanjiro, he discovers that not only was his family killed by the demon leader, his sister was also transformed into a demon, albeit one that is not instantly trying to devour nearby civilians.

The first film, which has been in theaters for months in Japan, directly continues Tanjiro’s story after the first season of the anime.

How many chapters does Kimetsu no Yaiba season 1 have?

Kimetsu no Yaiba season 1 has 26 episodes total. Ufotable made the animation in 2019. Platforms like Crunchyroll, Funimation and Netflix they have available the complete series with subtitles and dubbing.