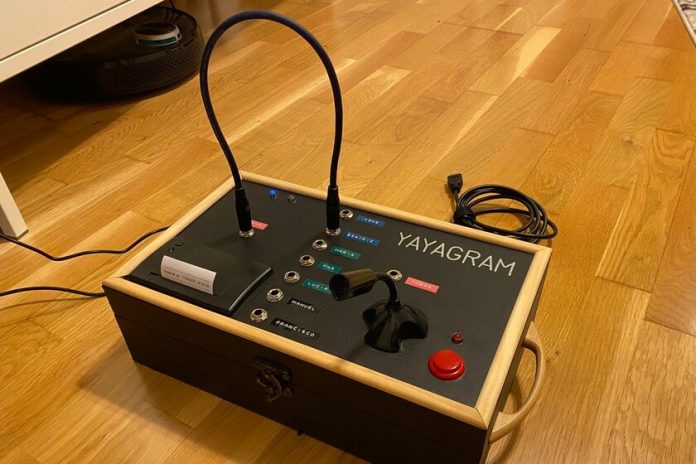 Manu’s grandmother does not handle her mobile very well and she does not hear very well, so being able to communicate with her grandchildren seemed difficult. Nothing happens, because Manu is a developer and, above all, ingenious: got down to work and created the Yayagram.

Manu told it in a Twitter thread in which he explained how the device uses a Raspberry Pi and a curious system reminiscent of the old telephone operators. Communication via Telegram is done with voice messages recorded on the one hand, and with messages printed on a thermal printer on the other. Fantastic.

As Manuel Lucio explained (@mrcatacroquer) on Twitter, the Yayagram sends voice messages via Telegram by pressing and holding a red button that records the message through the integrated microphone. That message reaches its recipient as a normal voice message in its mobile application, but the really curious thing comes when the Yayagram receives messages.

This is how the grandchildren receive the voice message. Source: Manuel Lucio.

To choose the recipient it is necessary connect minijack from source (the person who uses it, theoretically the yayo or the yaya) with the minijack input of the recipient (up to six different ones in this device).

There is even a special minijack to send the same message to all recipients, and all that system reminds us of the old telephone operators or, as Manu explained, the series of ‘The cable girls’. 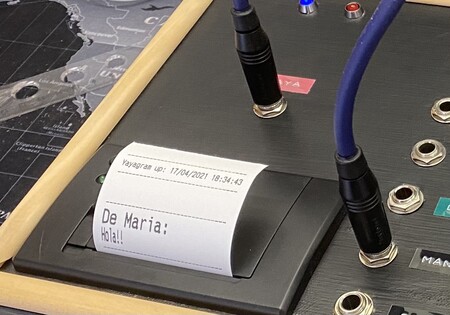 And so his grandmother receives it, in print. Source: Manuel Lucio.

In that case the message (which has to be text, not a voice response) printed on a small thermal printer and it appears on paper so that the person who receives it “can touch and read it!” Some LEDs allow the user to be informed that it is on, that he is connected to Telegram and that if a message is being recorded at that moment. 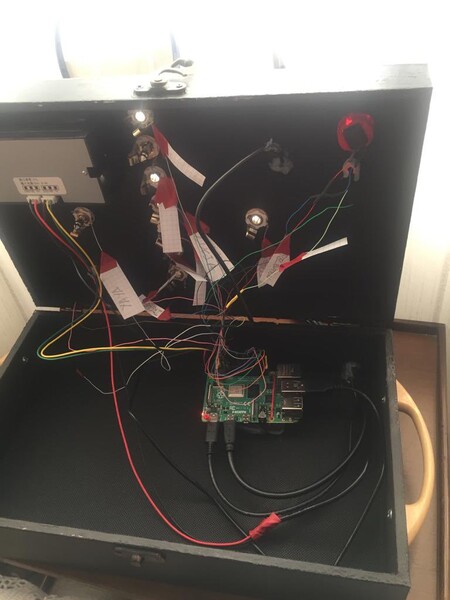 The Yayagram inside, with the Raspberry Pi and the minijack and buttons taking advantage of the versatile GPIO port of the RPi.

The operation of the Yayagram is based on a Raspberry Pi and a Python code that in turn makes use of various libraries to send and receive messages. Manu explained some details and curiosities of the assembly, and also clarified that he doesn’t call it Yayogram because “I only have Yaya” and “does not handle very well” on the phone and does not hear very well.

Manu added that doing it with WhatsApp was very complicated due to the implementation: his 96-year-old grandmother has a difficult time handling the touch screen, and this method greatly simplified things for her and it gave him an easy way to communicate with his grandchildren.