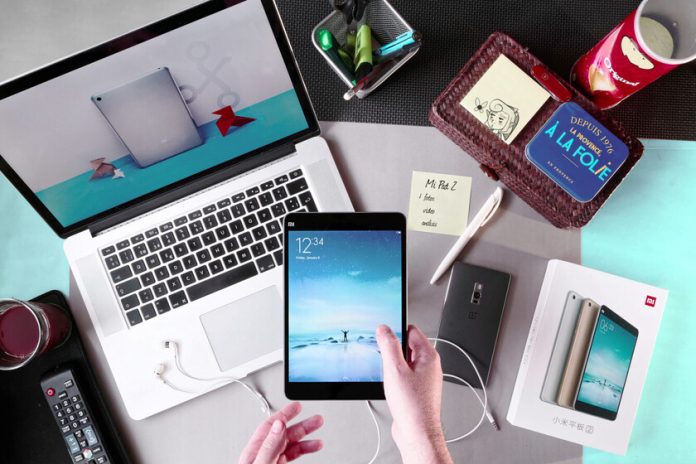 Xiaomi already had a line of tablets with Android on board, although their manufacture stopped a few years ago. It was about The Xiaomi Mi Pad and they came to have a fourth generation with the surname ‘Plus’ in the market to finally become extinct. Although according to the latest leak, and some previous, everything indicates that they will return in not too long.

The latest leak that comes to us talks about nothing more and nothing less than three different models of Xiaomi tablets that would be placed in the high power lines thanks to Qualcomm processors from the Snapdragon 800 series. Three models with code names ‘Enuma’, ‘Elish’ and ‘Nabu’ that have just been seen in a leak. 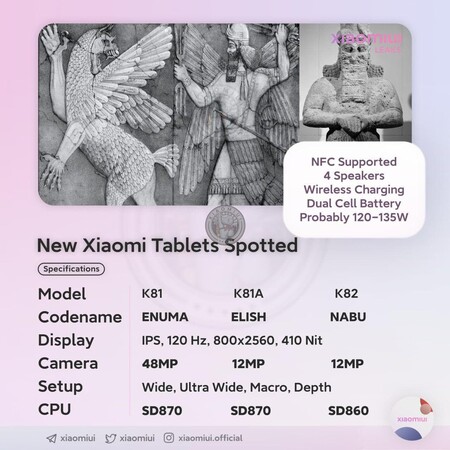 A few weeks ago we already talked about a new Xiaomi patent for a stylus, a stylus, that it had a magnetic connection and could fit perfectly on the side of a tablet, in the style of the second generation Apple Pencil that is sewn to the side of compatible iPads. This time we have a leak in our hands that talks about three tablets in progress for the Chinese firm.

📲 All Leaked Xiaomi Tablets in one table.

I mentioned the battery capacity in the previous post but it was wrong information, sorry.

K81 and K81A is ENUMA and ELISH. Both are tablet. pic.twitter.com/9p0ncEm8pd

Apparently, several of its characteristics would be common, such as the fact of having IPS LCD screens with refresh rates of up to 120Hz, and like the fact of having a resolution of 2,560 x 800 pixels (this last data seems a mistake, maybe 1,800?) and a maximum brightness of 410 nits. They would also have four rear cameras with a normal angle camera, a super wide angle camera, a macro camera and another for depth readings.

READ:  close to the limit of the traditional

Other data has been leaked such as that they would have four speakers, with support for NFC, with wireless charging and with a dual battery that would charge with cable at a speed between 120W and 135W. Without a doubt, spectacular figures for three future Xiaomi tablets that, of course, are not official at the moment. We will be attentive to everything that is said about them.