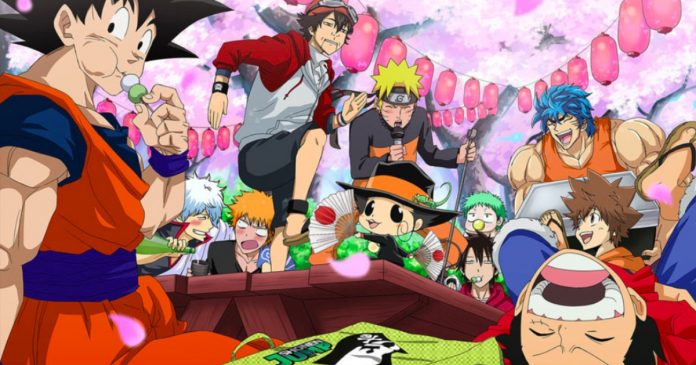 When talking about anime and manga, there are many Japanese terms that can be confusing, perhaps the most important of these are to know what some of the words refer to. different types of anime and manga. A term widely used today is “anime shonen” But what does it mean?.

exist cinco tipos de anime, shonen, shojo, seinen, josei y kodomomuke, These focus on a specific demographic group. They are not genres (like action, romance, comedy, etc.). Rather, they are just labels for who the target audience for these anime is.

So what is Shonen anime? The word literally means “few years” as the “shonen” typically refers to children under the age of fifteen. Therefore, anime and shonen manga are aimed at that demographic.

Shonen is the most popular anime genre todayMany of these anime and manga have a young male hero and focus on action, adventure, and fighting.

These programs usually tell a sequential story about the protagonist’s desire to overcome an insurmountable task. Some popular examples of shonen anime and manga are Dragon Ball, Bleach, Naruto, One Piece, Watamote, and Attack on Titan.

What is Shonen and Shoujo?

Although we have already said that the Shonen anime targets young and focuses on male characters, there is also a category specially classified for the female audience, Its about Shoujo, also known as “Shojo”.

“Shojo” is often translated as “girl”, it is the feminine counterpart of shonen. Anime and manga of this type are aimed at girls between the ages of ten and eighteen. These tend to focus on romance and interpersonal relationships, although this does not mean they are necessarily lacking in action or adventure.

The word Shoujo was used for the first time to identify a type of female reading in 1903, thanks to the publication of the magazine Shoujo Kai (World of Girls).

What is the best Shonen?

There are many Shonen anime, so this question can be very subjective, however there are some that have gained great popularity around the world, for their plot and their characters.

A shonen anime that has managed to stand out is One Piece, possibly the story of Eiichiro Oda with Monkey D. Luffy and his gang of pirates in search of the final treasure is the best shonen anime of all times. With more than twenty years in the air, Oda continues to surprise people with new revelations and taking up story lines from previous years.

Is about one of the longest-lived manga that exist, and the story continues. The One Piece is the greatest treasure that has ever existed, it is found in the new world, where the king of the pirates Gold Roger hid it before being executed. It is said that whoever finds it will not only become immensely rich, but will also be the new king of the pirates. This is how the great wave of pirates who will sail the seas in search of the legendary treasure begins.

What was the first Shonen anime?

Shonen has been around for many years, even before it was called this way, so it would be difficult to know exactly what the first anime of this type was. It is believed that the primer manga de Shonen may have originated in Shonen Sekai, una revista creada en 1895.

On the other hand it is also believed that the first Shonen anime (or at least one of the first) is Á tomo de Tetsuwan (Astro Boy). Based on the 1952 manga series, Tetsuwan Atom is both the first shonen anime series and the first series with each episode lasting over 25 minutes.

Follow the story of Atom the robot boy as he fights threats to himself and those around him as a crusader for justice. The story is such a classic and well-known work that it has been remade numerous times over the decades, including various anime movies and a live-action adaptation unfortunate.

Because it is aimed at a young audience, mainly children, it features heroic characters of the age of the target audience. The plot strives to slowly push and challenge them so they can grow up, and often features action and comedy, things that are popular with young children.

It also has the distinction of being the first anime series to air overseas in the United States in 1963, as part of a deal with NBC. He used the title Astro Boy instead of Mighty Atom, which is the title of the manga in English.

What are the anime genres and their meaning?

As we have already reported in The Truth News, there are five classifications for anime, these are: shonen, shojo, seinen, josei and kodomo uke, but what does each one mean and cover?