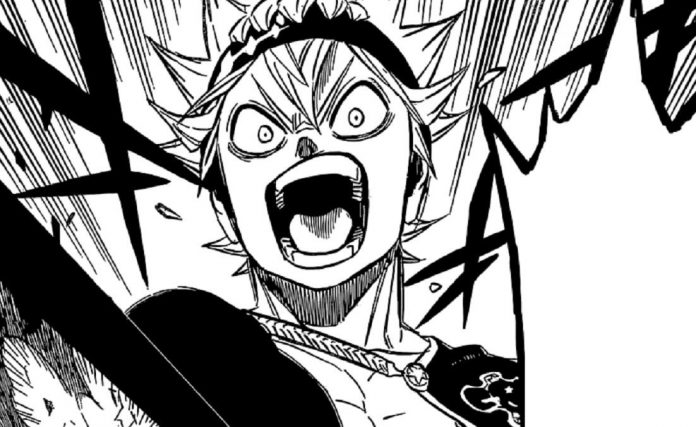 The last chapter of Black Clover ended with an incredible twist, showing a devastating attack by the protagonist Asta, who thanks to the power deriving from the Devil Union Mode with Liebe, managed to seriously injure one of the most dangerous enemies that have appeared so far on the pages of the work of Yuki Tabata.

The awesome battle against the two high-ranking twin demons, Naamah e Lilith, which initially involved Nacht, is continuing, and chapter 289, entitled Frosty Sun, published in the past few hours on the Manga Plus site, was characterized by spectacular fighting scenes.

With a slash from the Demon Destroyer, Asta managed to sever Naamah’s right arm, which appears to be in critical condition. Lilith initially takes back her brother, and then joins him and forms a creature with impressive powers, as Nacht notes, who watches helplessly in the fight. This new being is capable of use the elemental powers of fire and ice, and launches a terrible attack, the Frosty Sun that gives the title to the chapter, towards the protagonist.

Fortunately, Asta reacts quickly, hitting the giant ball of energy directly with his sword. Recall that chapter 288 revealed an important detail of Asta’s power, and we leave you with Liebe’s origins revealed in the final episode of the anime.