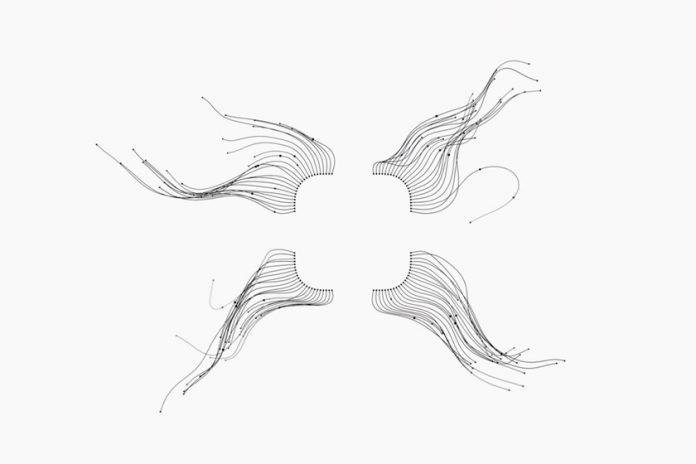 With the release of iOS 14.5, Apple has activated one of its most anticipated privacy features in recent years. It’s all about transparency in app tracking, an iOS feature that allows us to decide if we want our activity to be tracked in both apps and websites. A data collection through an app that we have installed and that would take advantage of to trade with our data.

These practices have been around for a long time. Now Apple wants to give the user decision-making power to choose whether they want to be tracked or not. We explain how.

When we have iOS 14.5 installed on our iPhone, we will receive two changes related to app tracking. The first is that the apps that want to do this monitoring must ask the user for permission through a simple dialog. 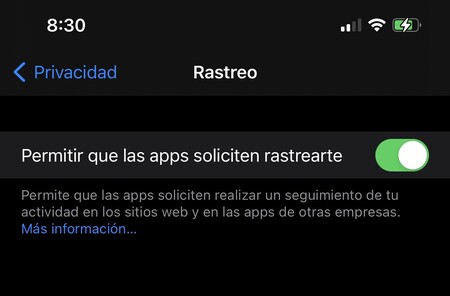 In it, the user will be asked as soon as they open the app and go into operation whether or not to allow tracking. The message is composed with the name of the app and what it will do (track your activity in this, other apps and websites), the reason is exposed (specified by the developer) and two options are offered (allow or ask the app not to track).

The choice is simple and once we make it, it won’t come out again. To review what decision we have made in each app, just go to Settings> Privacy> Tracking. There we will see all the apps that have requested tracking permission and what the status of that permission is.

Apple puts the decision on the tracking of apps in the user’s hands, informing them of what their data can be used for

As an addition, in this section we can choose to turn off the tracking altogether. A) Yes, we will prevent apps from doing it and also from being asked with each new app that we download and use this feature. Importantly, Apple leaves it up to the user whether they want to keep or revoke the tracking permission and it is not a decision of the company.

READ:  So you can download WhatsApp stickers that are not in your country

Many of our data that are shared with intermediaries and brokers 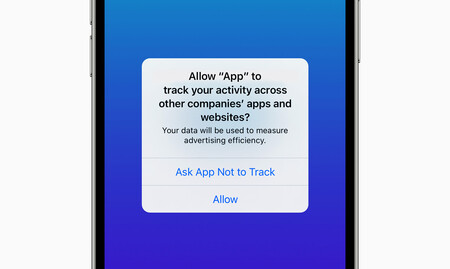 iOS 14.5 from now on blocks access to the identifier of your iPhone or iPad to developers. To access it, the user must consent to it with the form that we have seen in the previous section. Apple takes the opportunity to tell the reasons behind the transparency in the tracking of apps with the superior video.

The company positions it as giving the user the ability to choose in each app if they want to share their data across websites and other apps. According to Apple, data such as our age, location, health information, spending habits, and web history they go into this crawl. The company offers some examples of the benefits that tracking brings to the user.

Recording your running sessions, locating your photos or recording your location can allow a store near you to offer you discounts. For Apple, the problem lies in apps that collect “more data than they need”. Thousands of data that they then share with brokers to create a digital profile of you that they then sell to third parties.

READ:  How to force the emptying of the trash on our Mac

With them, advertisements intended to “predict and influence your decisions and attitudes” can serve you. Up to now, the user was defenseless in front of this traffic of your data. The company intends to return the power to the user so that their data remains under control if they wish.