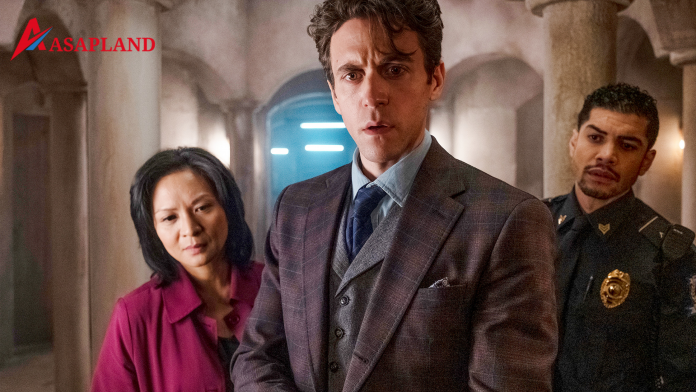 What Does Ashley Zuckerman Feel About His Character Langdon And The Lost Symbol?

The Lost Symbol, Dan Brown’s TV rendition of the Da Vinci Code, has been officially terminated after its first season. The Lost Symbol premiered in September 2021 on Peacock and served as a prelude to the Tom Hanks films.

The mystery thriller follows Harvard professor Robert Langdon in his early years to save his kidnapped mentor by solving a dangerous series of puzzles.

Initially, the adaptation was supposed to be Tom Hanks’ third film, but it was shelved in favor of Inferno.

Three years later, the idea was confirmed as being reworked into a TV series, and in March 2021, Peacock announced that the show’s first season had been picked up.

Fans had hoped that it would go on to the events of Angels & Demons, The Da Vinci Code, and Inferno, with Zukerman’s portrayal of the legendary Harvard symbolist catching up to Tom Hanks’ in the blockbuster movie versions.

Although Zukerman had five books and three films to draw from for inspiration, he tells EW that it was a piece of advice from Brown himself that helped him figure out who Langdon was.

Zuckerman read the books with the mindset that the unknown is impossible, that magic isn’t real, that fact is a fact, and fiction is fiction. However, that is just the way of his interpretation.

READ:  The fan remake of Metroid Prime in 2D already has a playable demo

Each script, according to Zukerman, inspires him to learn more about the topics Langdon is talking about. He drew on books like A Brief History of Secret Societies by David Barrett and Tales from Ovid by Ted Hughes because the clues in The Lost Symbol revolve around the Freemasons.

Zukerman has appeared in shows such as The Pacific, Designated Survivor, Manhattan, and Succession. Zukerman starred in Netflix’s Fear Street trilogy this summer, which he shot before the COVID-19 pandemic and before The Lost Symbol.

The Lost Symbol series, according to Zukerman, allows him to explain how Langdon became involved in solving historical puzzles.

When his mentor, Peter Solomon (Eddie Izzard), is kidnapped, Langdon travels to Washington, D.C., to look for clues in Freemason artifacts.

The Lost Symbol has ended, and there is no way for it to come up with another season. That could happen only if the network builds a brand new plot. However, there has been no confirmation from the team of the show.

Peacock claimed that the story was meant to end, and it did the job. Dan Brown’s novel ended similarly. Hence, there was a rare possibility for the show to continue.