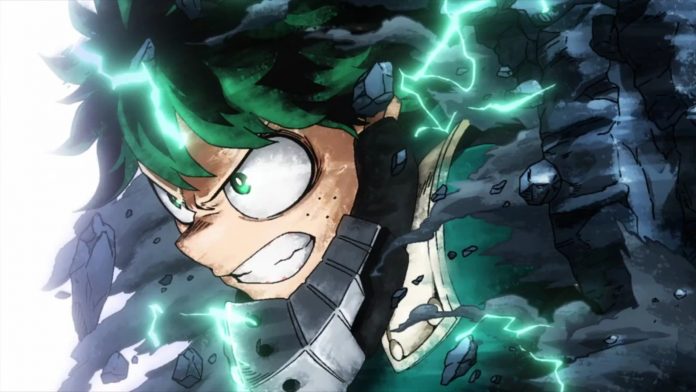 There are about two days left until the official publication of chapter 308 of My Hero Academia, on Manga Plus, but as often happens on the net some of the spectacular boards that Kohei Horikoshi created for the great return of the protagonist Deku on the battlefield have already been leaked, which caused a huge reaction from the community.

On social networks, in particular Twitter and Tumblr, fans of the series went wild by publishing full pages, cartoons and even splash pages without the slightest restraint, starting to hypothesize the different reasons that would have led Izuku Midoriya to wake up after long days spent under observation in the hospital, due to the extreme physical and mental strain employed in the battle against Shigaraki.

Deku woke up alone, and immediately had to deal with the apparent collapse of the Hero Society, whose Pro Hero number 1, Endeavor, was heavily infamous by the words of Dabi, or Toya Todoroki, his eldest son, an event that caused a domino effect on the social structure and on the trust that the people place towards the Heroes.

READ:  The Simpsons outperform The Mandalorian in views in 2020 despite being on the air for 32 years

Izuku, however, does not hold back, and seeing one of his companions in difficulty intervenes to defend him, lying against Muscular. Thus ended the last chapter, and the community immediately began to think about the new skills that Deku could show in the fight, especially considering the protagonist’s entry on the scene and the words used in the final table of chapter 307. Below you can find just some of the many posts published about the events of the next chapter, specifically concerning the evolution and growth of the protagonist, and how the battle will mark a fundamental point in his career as a Hero.

And what do you expect from the next chapter? Have you already read the spoilers or seen any pictures? Let us know with a comment below. Recall that recently the first drafts of Tenya Ida dressed as Villain have emerged, and we leave you to our review of the episode 5×02 of My Hero Academia.

READ:  A Discovery of Witches Season 2 Episode Details and Cast