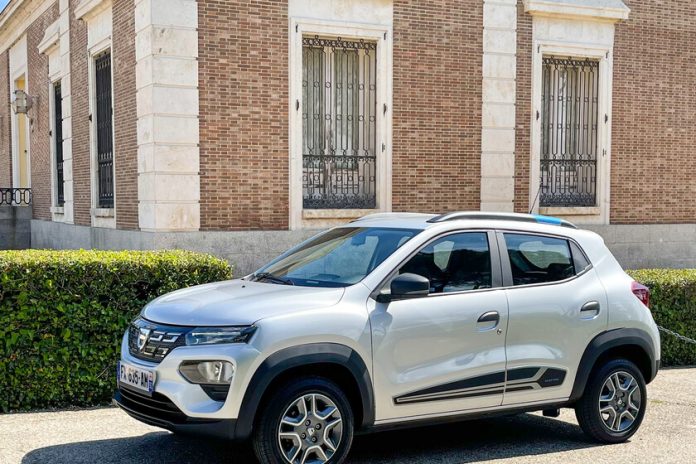 One of the most common barriers among those who think about buying an electric car is the high price of these compared to conventional combustion. The Dacia Spring arrives with the intention of democratizing the electric car and to achieve it, it breaks that economic barrier at a stroke. With a price that can stay at 9,550 euros (Moves III Plan included) the Dacia Spring is a before and after in the age of the electric car, but beyond the price, what does this car offer? We have already driven it to tell you the first sensations behind the wheel.

The Dacia Spring is a car that, by size, is part of the urban segment. Measure 3,73 m long, 1.58 m wide (without mirrors) and 1.51 m high (without load, roof bars included). Its compact exterior design along with 151 millimeters of ground clearance allow it to fit into the B-SUV segment and allow it to look larger than it actually is in photos. 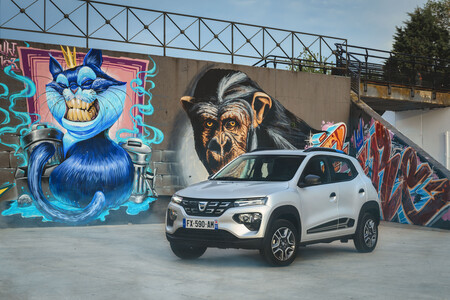 Its appearance is robust and forceful. On the front the presence of a Grill presiding over the front. It is a closed grill that obviously does not fulfill a mechanical cooling function, but it is also responsible for its design lest as groundbreaking as that of other electric cars that have directly dispensed with this element.

This grill, in addition to being a decorative function, has the mission of hiding inside the charging socket battery. The hatch is opened from the passenger compartment. 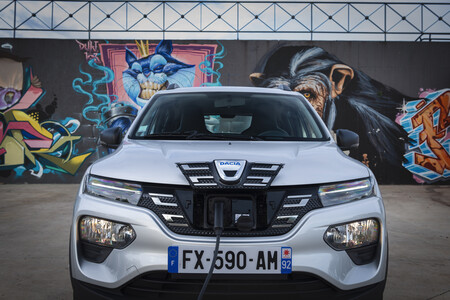 The front optics that flank the grille, have a rather thin and sharp design and in them are located the daytime running lights. They use LED technology and draw a line almost parallel to the ground that extends towards the front grill through its chrome moldings, giving it personality and character to the front.

Below is another group of lights separate from the main one, which are the ones that really serve to enlighten the path that precedes us. It is a basic car, but it has details such as the automatic lights on. 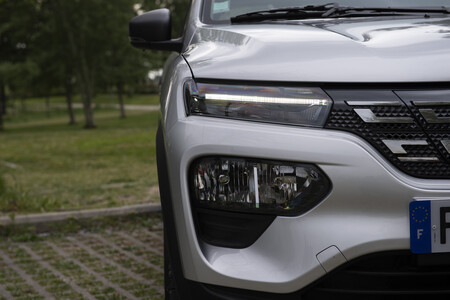 Running his figure backwards, the very marked wheel arches stand out, with plastic elements that mold his profile and give entity to the whole. At the bottom of the doors we find some adhesive moldings in black and details in blue or orange depending on the version. On them is the word “Electric”.

On the roof two bars longitudinal and very wide allow the set to have a very robust and hard appearance at the same time. Finally, on the back, the gate bears the Dacia logo, the word Electric and has a button that allows it to be unlocked. For their part, the optics show off the new Y-shaped light signature.

READ:  'Hey Spotify', Spotify's own voice assistant works only within its app and allows you to control music by voice 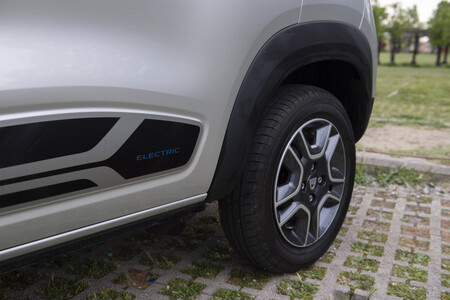 The tires are 14 inch made of dark sheet metal, which allows you to mount plastic hubcaps as attractive and well-made as those seen in the photos, which make it look like a rim.

The Dacia Spring has a fairly simple architecture, like the car in general. The Groupe Renault brand creates its cars with the intention that they offer their customers exactly what they need, no more no less. Perhaps for this reason, we did not find unnecessary elements, the kind that sometimes you think “why would they have put this on this car”. 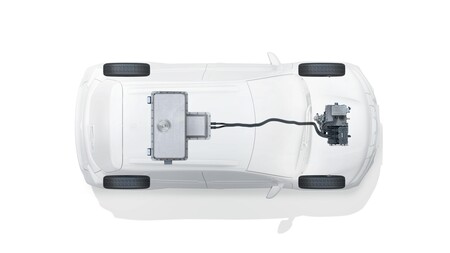 On the front axle we find an electric motor of 33 kW, the equivalent of 44 CV and this is fed by the energy stored in a battery of 27,4 kWh that is located under the bench of the rear seats.

The engine is cooled by water and the battery by air. This battery allows an autonomy of 305 km in WLTP urban cycle and 230 km in the WLTP mixed cycle. 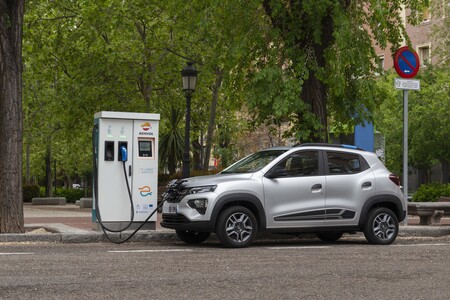 To recharge the lithium-ion battery, the Dacia Spring supports fast charging 30 kW DC, so it could charge 80% of its capacity in less than an hour. But be careful, because by way of approach and as indicated by the brand itself, this it is not a car designed for long trips, but for urban and interurban use.

Uploaded in the Dacia Spring 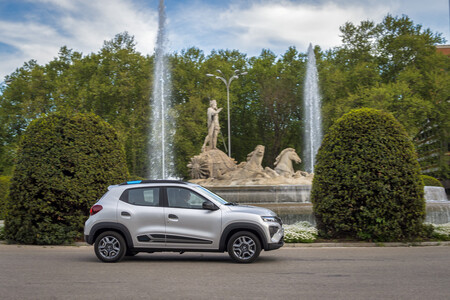 We wanted to get behind the wheel of the Dacia Spring, and for this the brand prepared a first contact with several pre-series units, since the car has not yet begun to manufacture and series.

The first thing that catches your attention when you have the Spring in front of you, is the small that you see. It is a city car and although its appearance and elevated architecture brings it closer to the SUV universe, it is still eminently a car for the city. 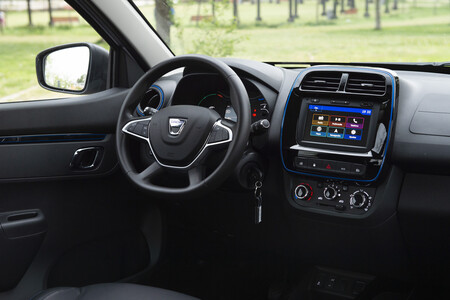 I open the driver’s door and find a simple cabin, well resolved in terms of the number of spaces available everywhere, but at the same time with some positive surprise.

Behind the small three-spoke steering wheel with some integrated controls, such as the speed limiter or the voice control that activates the smartphone, a digital display of 3.5 inch allows you to read the main data of the vehicle, while two circular indicators are drawn on its sides, the left one with a color scale depending on the use of energy, while the right side indicates the levels of battery available. 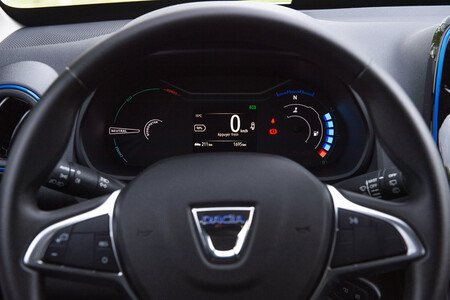 There will be two trim levels: Comfort and Comfort Plus

In the highest finish, the dashboard is dominated in its central area by a glossy black plastic console in which the Media NAV multimedia system with a 7-inch screen is integrated, with DAB radio, wired replication of the smartphone compatible with Apple Carplay and Android Auto, Bluetooth, a USB socket and an auxiliary output.

Voice recognition (via smartphone) is activated thanks to a control on the steering wheel. Allows you to activate and control the iOS or Google assistant on your smartphone with your voice.

On the go with the Dacia Spring 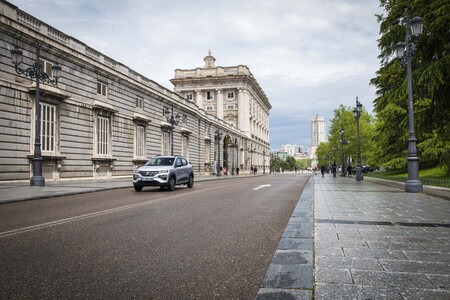 We start the Dacia Spring by turning a most traditional key, integrated into the remote opening control of the car. A command rotary located between the two seats allows you to choose between 3 positions: D (drive / forward), N (neutral / neutral) and R (return / reverse).

Next to it, a lifelong mechanical handbrake. We put D on, put the parking brake down, and hit the Spring. 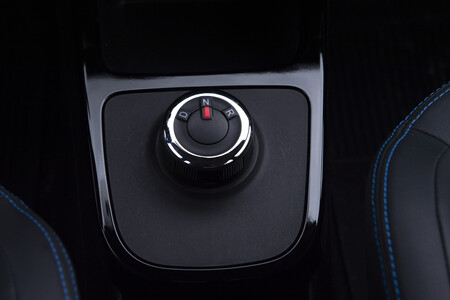 Due to its power, you cannot expect from him an energetic and overwhelming response, far from it, but it is true that weighing only 970 kilos, it feels like a very nimble and light car. 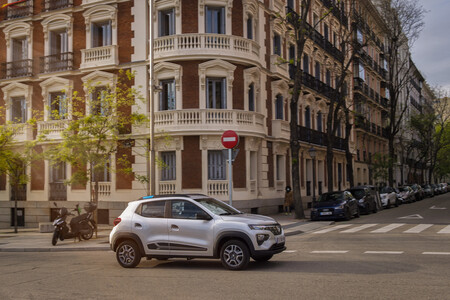 It is enough sensible accelerator movements, since the 125 Nm of torque is delivered from the first movement of the right pedal, but it is an initial impulse that is diluted if you continue with the foot fully, since it gains speed with consistency and caution.

I had certain reluctance to drive a car with such low power on fast sections such as the access roads to the capital, but it is true that once the car has reached cruising speed, it is easy to maintain in adequate speed ranges to circulate safely. 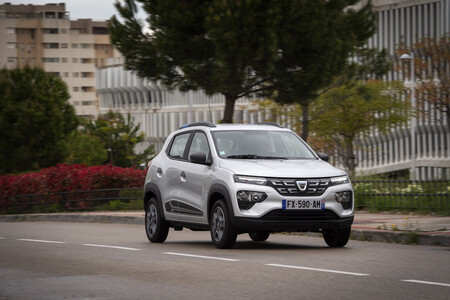 Another aspect that caught my attention during this first contact of just over 50 kilometers, is the fact that the car rget more energy than expected. It does this in two ways, first by releasing your foot from the accelerator and second by braking.

In the first scenario, the car retains Quite. Not enough to operate the car with just one pedal, but enough to let it roll on downhill slopes and keep the car from gaining too much speed while generating battery power. 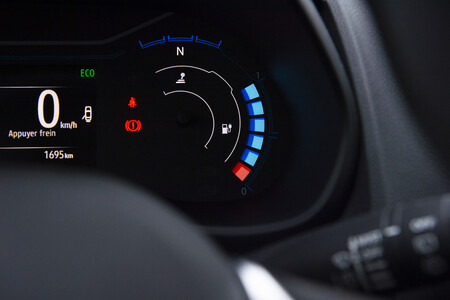 So much so, that when I started the car with the battery fully charged, the on-board computer indicated 201 km of estimated autonomy, but after about 10 kilometers I saw on the screen 208 km.

READ:  Those vaccinated with Pfizer are likely to need a third booster dose within twelve months, according to its CEO.

On the other hand, the regenerative brake It has a fairly good feel, assistance is hardly appreciated and it allows you to modulate well the intensity with which you brake at all times. 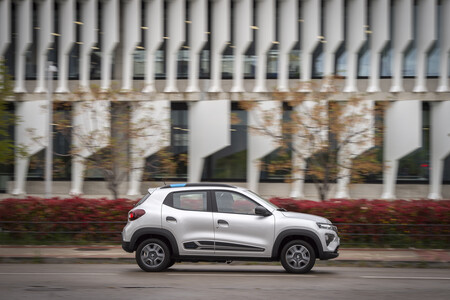 Beyond that, the Dacia Spring is a tremendously comfortable, firstly because of that characteristic total absence of noise and secondly because at the suspension level it is prepared to offer a very pleasant behavior.

It is soft, filters well the irregularities of the terrain and despite its small dimensions, wheelbase and tires of just 14 inches, the set does not transfer the bumps to the occupants of the front seats, which by the way attract attention due to their shape of a single piece with integrated headrest. 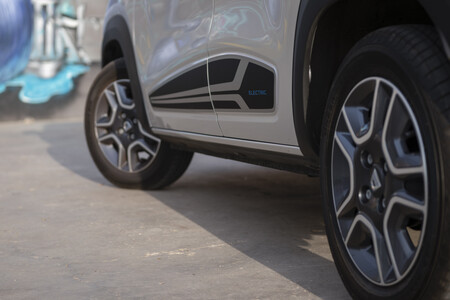 Parking and making small maneuvers in the city, I also liked how soft the steering is and how much that turns, since it has a radius of 4.8 meters. In the highest finish you also have small luxuries such as the rear view camera and acoustic parking sensors.

First conclusions of the Dacia Spring

The Dacia Spring is a car honest. It arrives without great pretensions, wanting to be a functional car that brings the electric car closer to those who want to opt for this type of mechanics to move around the city. It delivers on what it promises as Dacia usually does. 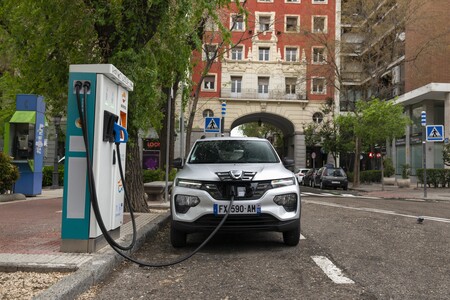 It is a perfectly valid urban mobility solution for those who want to move without polluting, taking advantage of the benefits of electric cars such as freedom of movement on BUS / HOV lanes, exemption from parking costs in the street or the freedom to be able to circulate also in episodes of traffic restrictions due to contamination.

To all this is added the breakthrough price that remains in 9.550 euros in the Comfort finish by applying MOVES III or 10.620 euros in the Comfort Plus finish. They also offer financing rental formulas that allow you to have a Dacia Spring for 89 euros per month, which together with the low costs of use that an electric car implies, makes this the most groundbreaking model of all we have known at this time of the emergence of the electric car. 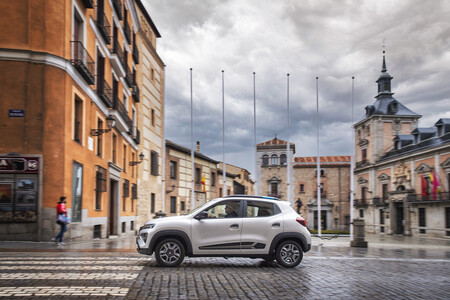 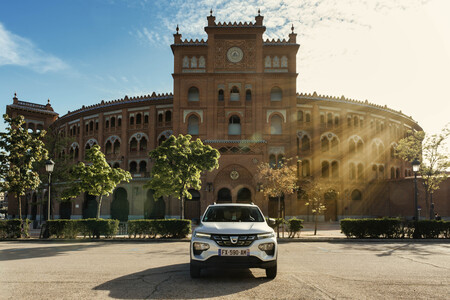 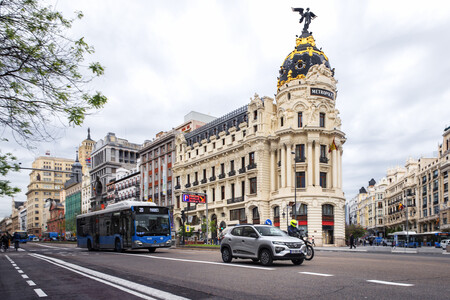 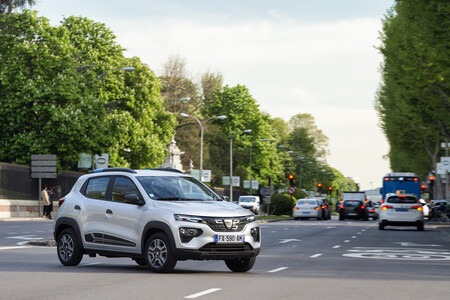 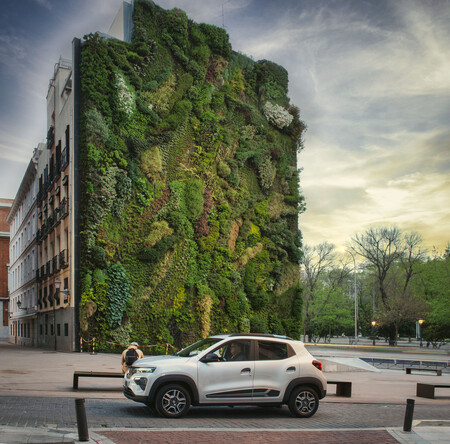 In Motorpasión | We tested the Mazda CX-30 e-skyactiv x: fuel consumption and diesel technology in a very discreet 186 hp gasoline | We tested the Volkswagen ID.4, the SUV with which the Germans play to start competing in a real electric car | How Juan Manuel Fangio was kidnapped by the Cuban revolution and ended up being received with honors by Fidel Castro