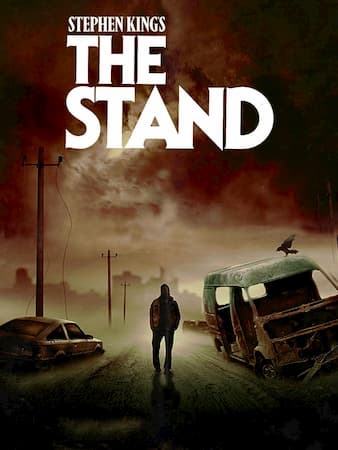 “The Stand” is one of the most anticipated upcoming shows which is the adaptation of Stephen King’s novel of the same name. Fans and viewers will be happy to know that the series is going to premiere in December this year.

As per the reports by Variety, “The Stand” will premiere on CBS All Access on 17 December 2020, Thursday. The series will consist of eight amazing episodes that the fans as well as viewers will indeed love. Also, each episode will premiere on screen weekly on every Thursday. There is no footage or video of the series available that reveals the glimpses. But the images of the series did release back earlier in May 2020.

Stephen King’s “The Stand” To Release In December This Year

Stephen King’s 1978 novel is literally one of the most popular and remarkable works. The novel focusses on the aftermath of the pandemic that the entire world was facing. Due to the global pandemic, the majority of the world’s population was on the verge of death. This amazing and thrilling show includes many talented and skillful cast members. That will include Alexander Skarsgård as Randall Flagg, Whoopi Goldberg as Mother Abagail, Jovan Adepo as Larry Underwood, Heather Graham as Rita Blakemoor, Owen Teague as Harold Lauder, and Odessa Young as Frannie Goldsmith.

Stephen King was able to write the final episode of the series that will take the story beyond the ending point of the novel.

Benjamin Cavell, the series creator of “The Stand” mentions, “During the two years we spent making The Stand, we all felt the responsibility of adapting what may be the most beloved work of one of the world’s most beloved storytellers, but none of us could have imagined that Stephen King’s 40-year-old masterpiece about a global pandemic would come to be so eerily relevant.

READ:  The first trailer for the Kageki Shoujo anime revealed !!

He continues, “We’re honored to tell this sprawling, epic story, including a new coda that Stephen King has wanted to add for decades. We’re so proud of this show and its attempt to find meaning and hope in the most uncertain of times. We can’t wait to share it with the world.”