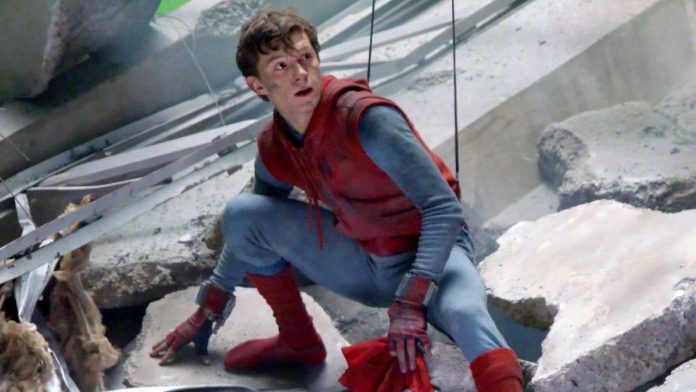 Rest is important. And the multiverse too, Spider-Man fans think about the proximity (more or less) of the next installment of the Sony and Marvel Spider-Man saga starring Tom Holland. Spider-Man: No Way Home It is getting closer and closer and the filming of scenes has finished, so now it’s time to take a break.

And if we all want to see Tom Holland dressed as Spidey again, now in the networks what has hit the hardest is the actor’s more relaxed side: hanging out with his guitar for a while, Comicbook tells us.

“I’m going to take a break and travel the world”Holland said a couple of months ago on USA Today.”It’s the first time since I signed to be Spider-Man that I no longer have a contract. Maybe I go skiing, because it is something that I have not been able to until now and it is dangerous, and that is why I have been very careful and it has made me obsessed with golf … because it is the only sport in which I am not going to harm.”

We hope that the world will normalize soon and Mr. Holland will be able to travel, but while he cannot, this is what he is dedicating himself to (with a thunderous result on the networks):

That is progressing, he says. There is no lack of an enthusiastic fan who asks you what song you are playing. While Holland becomes (or not) the new Kurt Cobain (but without blowing his brain, of course) or the Francisco Tárrega of the 21st century, we are still waiting for No Way Home, which will premiere on December 17 of this year and that has even a Christmas atmosphere. Go taking out the anise.