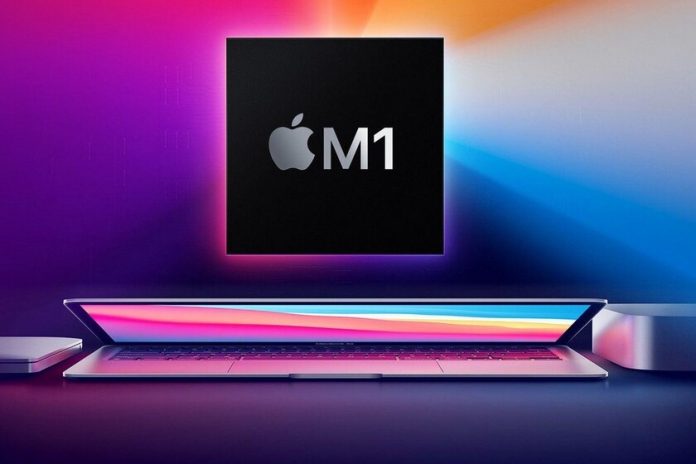 They are five different machines, but in reality they are the same. If you go to the specs of all of them, you will see how the Mac mini, the iPad Pro, the MacBook Air, the 13-inch MacBook Pro and the new iMac share exactly the same specifications of base: an M1 chip, 8 (or 16) GB of RAM and 256 GB (which can reach 2 TB) of SSD.

Those five machines are the same computer, and the only thing that changes is the packaging and, in the case of the iPad Pro, the operating system that governs it. The segmentation that Apple raises is unique, and now it remains to be seen where that M1 chip that has definitely left the alliance with Intel behind.

Although the monkey dresses in silk, with the M1 it stays

The M1 chip that debuted in 13-inch Mac mini, MacBook Air, and MacBook Pros is conquering everything, and now it has jumped into two of the new market segments that Apple has been attacking for years.

The surprise is not so much that of the new and colorful 24-inch iMac that it seemed obvious that they were going to adopt these chips, but that of the iPad Pro, which converge with traditional formats and now they add to that common spec sheet.

If you look, Apple’s M1 chip joins options such as 8 GB of RAM and 256 GB of SSD for base configuration de (except for the iPad Pro, with a 128 GB version of SSD, but here we indicate the 256 GB version):

What we have here is the same computer with different packaging. From a “miniPC” to two laptops, an All-in-One desktop and, of course, the tablet.

Beyond the complaints about the theoretical limitations of these computers (8 GB of RAM and especially 256 GB of SSD seem a small thing for these prices) and its null expansion options On the part of the user (something that is really terrible and that forces to pay outrageous prices for the factory extensions in both sections) Apple’s proposal is certainly striking. 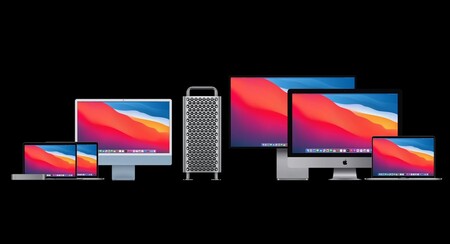 The M1 is gradually conquering the entire catalog of Apple computers.

Of course: it does not seem likely that we will see the M1 on an iPhone: restrictions are important on issues like battery and the A14 chip, which is very similar, fits those restrictions very well. And yet, we may not have to rule out that possibility, especially in view of the consumption and astonishing efficiency of a chip that can be transformed and adapted to the iPhone if it wants to without apparent problems.

The versatility of the M1 chip is now beyond question, and it is hardly surprising that it ends up reaching a large part of Apple’s hardware range. The interesting thing is envision new formats where the M1 chip can make sense.

Yesterday for example we saw how the Apple TV 4K made the leap to the A12 Bionic processors (which debuted in the iPhone Xs and Xs Max of 2018) and perhaps someone was left with the desire to see how those from Cupertino also put the M1 here. They did not do it yesterday, but it does not seem unreasonable to think that they will do so in the future.

The same happens with other formats that the efficient M1 promises, and that could perhaps give rise to new hardware products: some of them, as I mentioned in my other corner of the internet, they are perhaps a console (now that Stadia, xCloud or Luna start working in Safari or Chrome), but also un dongle HDMI Chromecast style with Google TV.

Of course that M1 chip also gives rise to thinking about a specific edition of this development for those future virtual and augmented reality glasses that we know Apple is developing and that we hope to see in its first iteration in 2022.

The big difference in the latter case it’s in your focus and your touch screen, which makes the operating system, of course, iPad OS. In the rest of the mentioned equipment we find that new version of macOS Big Sur that stands out especially for the native support of iOS applications, and that generates a new question. 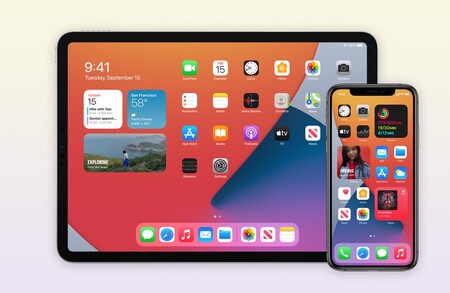 Will iOS and iPadOS converge with macOS? That merger has been going on for years in practice. The iosification of macOS and the macosification of iOS and iPadOS is evident in various sections (such as mouse support), and it seems as if the last step was to achieve that macOS had touch support.

It doesn’t seem like a crazy idea and that would definitely unify all those formats, but It seems that at the moment Apple prefers to continue separating the devices in its catalog that we can touch and those that we have to control with keyboard and mouse.

The truth is that this convergence of hardware and software seems likely and would give rise to approaches such as those already used by some Android-based mobile manufacturers and that turn your mobile into a PC.

Samsung DeX, Huawei and its desktop mode or Motorola with its new ‘Ready For’ allow you to turn your mobile into a desktop PC, and here it doesn’t seem difficult to imagine that an iPhone could do the same and connected to a monitor, keyboard and mouse gave the option of working with it in a really powerful way.

And this, gentlemen, is just the beginning

Apple knows very well how to ration its resources. It is not exactly a company famous for making huge leaps between generation and generation of devices, and your iterative improvements are usually highly measured (for not calling them racanas).

READ:  How Tech is Changing These 4 Industries 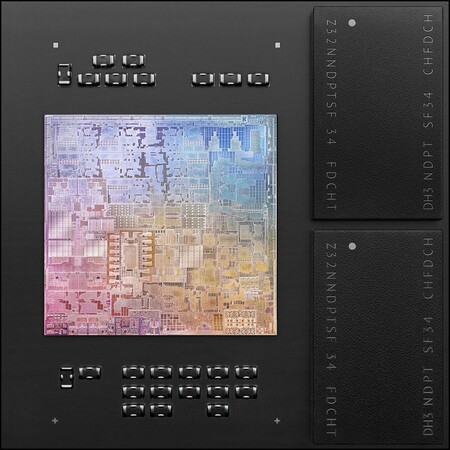 The truth is that the company squeeze your solutions to the extreme And he has shown it with an M1 that now seems to be sufficient for no less than five very different machine formats that previously had very different hardware specifications.

That creates certain doubts: one would expect (quite) less power from the MacBook Air than from the MacBook Pro or of course the iMac, but in the end they will all be more or less equivalent in performance. The new 24-inch iMac were precisely perfect candidates for a more powerful version of the M1, but for now we will have to settle for these models.

Here is a clear reflection that we already made in the past: the M1 chip is the first of all that new breed called Apple Silicon. Not only that: it is probably also the worst and slowest of the chips that Apple will launch in this new stage, and taking into account what they currently achieve, that makes us think about the possibilities of a chip that has a lot of room to grow in benefits. 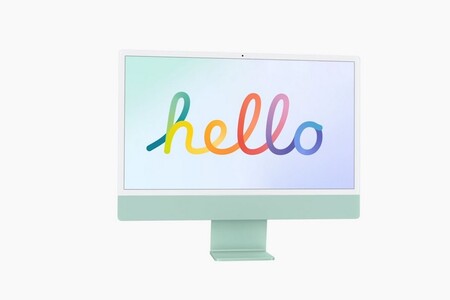 There has been talk for weeks about its immediate successors, a hypothetical M1X / M1S and an M2 that would arrive with up to 16 high-performance cores (for the current four) and even 32 high-performance cores later. The GPU would also gain a lot of integers in that future, going from 8 cores today to 64 or even 128 cores in the future.

It is likely that we will take a while to see these chips: before it seems likely that Apple will release those theoretical M2 with 16 high-performance cores for your MacBook Pro, iPad Pro or even your future Mac Pro: it will be then when we will probably see that differentiation between two (or more) ranges of solutions from the Apple Silicon family aimed at different types of user (and at different budgets).

This, we insist, it’s just the beginning.